Day, Piercy paired again in final round of a big event 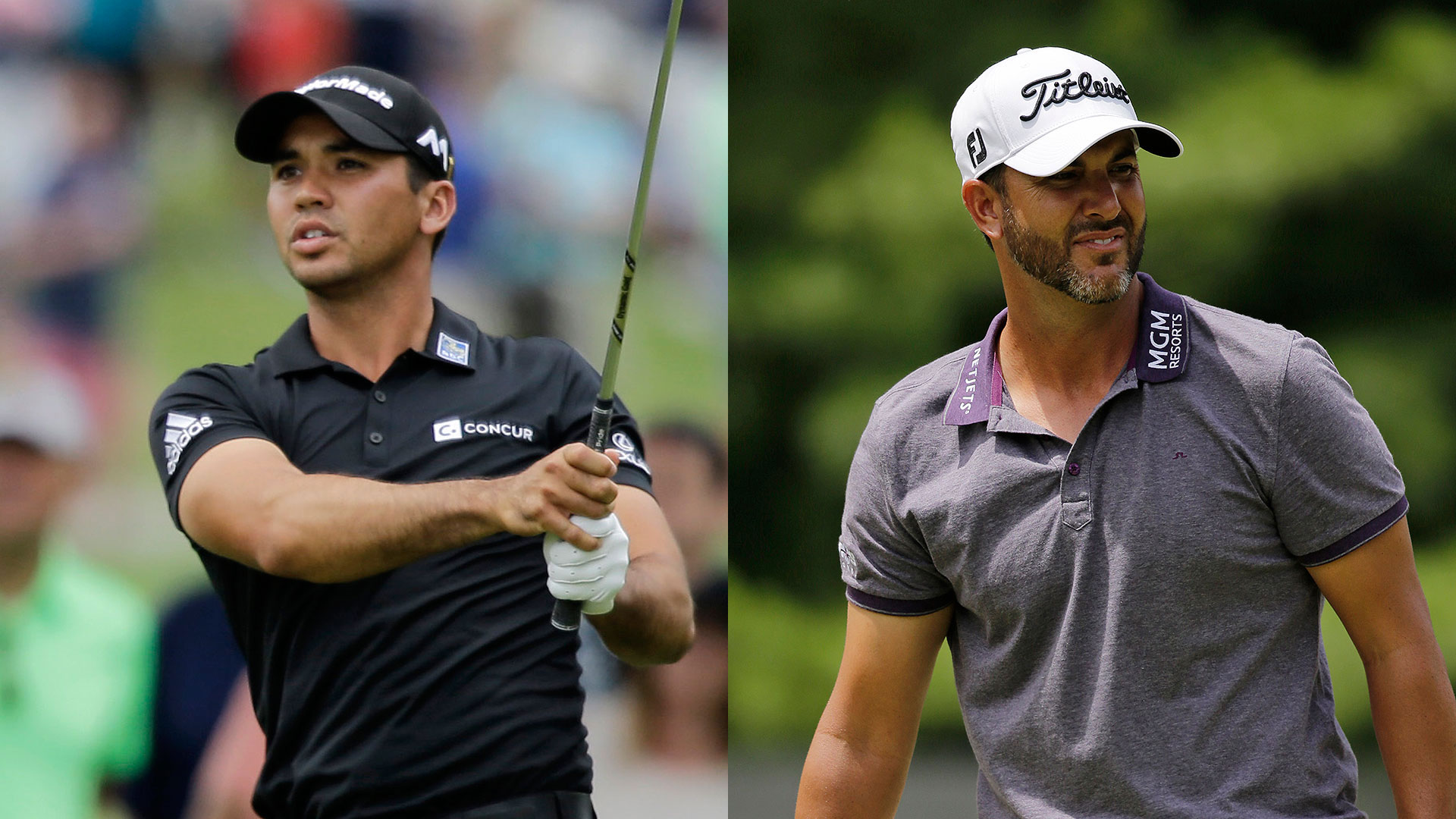 AKRON, Ohio – The final round of the WGC-Bridgestone Invitational will serve as a bit of a reunion for Jason Day and Scott Piercy.

It was nearly 10 months ago that Day and Piercy were paired for the final round of the BMW Championship, an event that Day won and where Piercy finished third, earning a spot in the season-ending Tour Championship.

This time around, both players will head to the first tee with a little more confidence than they had in Chicago, as each looks to add a notable title to his resume.

For Day, this is a chance to continue what is shaping up to be a Player of the Year season. The world No. 1 already has three PGA Tour wins, including a WGC victory in Texas. While his ball-striking wasn’t sharp during the third round at Firestone Country Club, he plans to rely on his record of recent success, one that includes converting each of his last five opportunities with at least a share of the 54-hole lead into a win.

“If I can hit it decent tomorrow, I’ll give myself more opportunities on the greens, and I feel pretty confident with my putting that I can hole anything on the greens,” Day said after a third-round 69. “Just got to keep focused and try to get it done somehow.”

For Piercy, the transformation from September may have gone a bit less noticed. It’s a return to form that included a runner-up finish last month at the U.S. Open, his best career finish in a major.

But according to Piercy, the roots of his comeback trace all the way back to last year’s Barbasol Championship. While the best players in the world were competing in the Open Championship, Piercy went to Opelika, Ala., and had what he called the best ball-striking week of his life.

It led to a win, the third of Piercy’s career and one that signaled that he was officially on the comeback trail after an elbow injury cost him most of the 2013-14 season.

p>“That was really the time where – even though I played good when I came back, I was kind of playing with only a few gears instead of five or six gears,” Piercy said. “Since then, Memorial of last year, I think I’ve only missed two cuts, so I’ve been pretty consistent.”

Piercy might be selling his recent results short by simply calling them consistent. He has finished T-29 or better in five straight significant events since March, a run that includes two majors, two WGCs and The Players Championship.

Now he sits 18 holes away from what would be the most significant win of his career.

“I won an opposite-field event (in 2011) and then I won the Canadian Open (in 2012). I kind of felt like the next step was to win a WGC or a major, then I got hurt after that so I kind of regressed,” Piercy said. “Hopefully the next step is kind of getting back. I feel like a better player now than when I got hurt.”

Piercy is markedly better than where he was even in September, but he faces a significant hurdle in that Day isn’t the same player, either.

The Aussie used that win at Conway Farms to reach world No. 1 for the first time, but he hasn’t exactly slowed down since then. Three more trophies have followed, and they have only served to fuel Day’s insatiable quest to win basically anything in sight.

His budding relationship with Tiger Woods has been well-documented, as has the fact that he has started to take a few pages from Woods’ well-established game plan: grow a two-shot lead into three; turn four wins into six; create even more distance atop the world rankings once you reach the top perch.

Day has embraced the grind-it-out mentality required this week at Firestone, and it has largely contributed to the fact that he shares the lead despite spraying the ball for much of the third round.

This event has served as a fine example of the potent, two-part advantage he has sported over his peers for much of the last year. Often times, his physical ability is enough to separate from the pack. But when the swing isn’t cooperating, he also has the mental acuity and resolve to not only salvage rounds, but win tournaments.

“If I come out tomorrow and hit it everywhere, then I’m just going to embrace it and try and grind it out,” Day said. “The good thing is that I’m tied for the lead going into tomorrow’s round, and that’s exactly where I wanted to be at the start of the week.”

A sizeable incentive looms for both men, reunited nearly a year after they last crossed paths. For Piercy, it’s an opportunity to cap off his journey back to the game’s upper echelon.

Day, meanwhile, will look to add another title to his growing resume by keeping it simple.

“The biggest thing for me,” he said. “is just to find my golf ball and hit it again, and try and hit it less than everyone else tomorrow.”