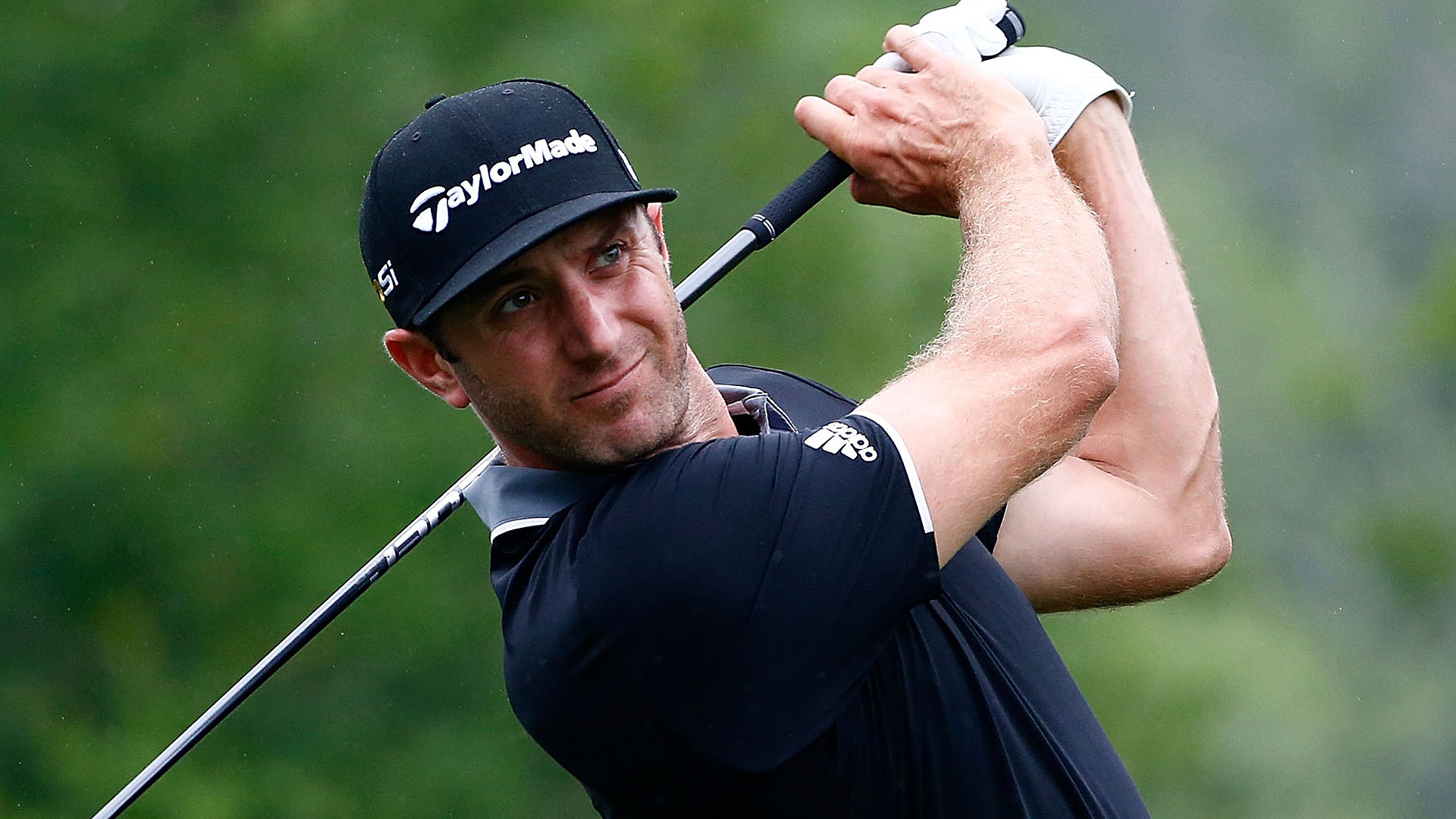 HUMBLE, Texas – With a week to go, you’re probably feeling good about your picks for the Masters.

The heavy hitters are peaking at the right time. Jordan Spieth has a trophy this year, as do Bubba Watson and Rickie Fowler. Australia collectively owns pretty much every other piece of hardware.

Even Phil Mickelson, winless since 2013, has begun to bounce back, bringing dreams of a fourth green jacket much closer to reality.

But the top flight appears to have clearly distanced itself: a group of six, maybe seven players who are heads and shoulders above the rest of the hopefuls. Right?

Well, the thing is, you might need to make room for Dustin Johnson.

Johnson doesn’t have a recent win, one that would catapult him into the water-cooler discussion of, “You have to consider that guy at Augusta National.” In fact, Johnson has gone more than a year since his last victory – a rarity in his career, given that he has won at least once in each of the past eight seasons.

But that drought may end this week at the Shell Houston Open, where Johnson bombed his way to an opening 65. It left him one back of leader Charley Hoffman, and it also sent a clear message to the masses: Hey, don’t forget about me.

“You always want to get off to a good start. Today, I got off to a great start,” Johnson said. “I still feel like I’m playing really solid. I’m rolling the putter good. I’m excited for the rest of the week.”

Of course, Johnson didn’t exactly arrive at the Golf Club of Houston in the midst of a drought. He cracked the top 15 in each of his last two stroke-play starts, and made the quarterfinals last week at the WGC-Dell Match Play before bowing out to eventual runner-up Louis Oosthuizen.

Still, his name usually isn’t mentioned as one of the favorites for the season’s first major. Perhaps that’s because of his high-profile collapses at places like Pebble Beach, Whistling Straits and Chambers Bay. Perhaps it’s because he didn’t notch a top-10 finish at Augusta National until last year.

While his three-putt to lose the U.S. Open was an enduring image from last year’s quartet of majors, here’s the thing: Johnson played really well at the four biggest events. He finished T-7 or better in three of them, including the Masters (T-6), and his mediocre finish at St. Andrews was a byproduct of a mind-boggling weekend collapse after he appeared to have the tournament well in hand at the halfway point.

Johnson may not have a major title yet, but he certainly possesses major-caliber game.

Thursday’s opener proved again that he can overpower a golf course, and is especially dangerous when the putter heats up. He needed only 21 putts, closing with a 10-footer for eagle on No. 8 and a 24-footer off the fringe for birdie on No. 9.

“I felt like I played really solid today, and holed some nice putts,” he said. “Anytime you can finish off the day like that, it’s always a good day.”

As it turns out, Johnson’s appearance this week was hardly a given. While many players stick to a strict routine, either playing the week before the Masters or opting for prep behind closed doors, Johnson said that he has no strong scheduling preference.

But after losing his opening match last week to Robert Streb, Johnson feared he’d be making an early exit in Austin. So he informed tournament officials last Thursday that he’d be teeing it up for just the third time since 2010.

In doing so, Johnson took a page out of the patented Mickelson notebook, which makes this event an annual staple of his Masters prep.

“It gives you an opportunity to really prepare for next week,” Mickelson said. “I’m trying to get my game sharp, and this tournament allows me the opportunity to sharpen it.”

Johnson seemed quite comfortable on a course that is purposely styled after Augusta National, and his game certainly appears plenty sharp. Should his strong play extend into the weekend, he could very well end up in the same conversation next week with the likes of Spieth, Watson, Jason Day and Rory McIlroy.

Then again, he’s also fine to simply drive down Magnolia Lane and let his game do the talking.

“I just feel like myself going into next week,” Johnson said. “Ready to play.”