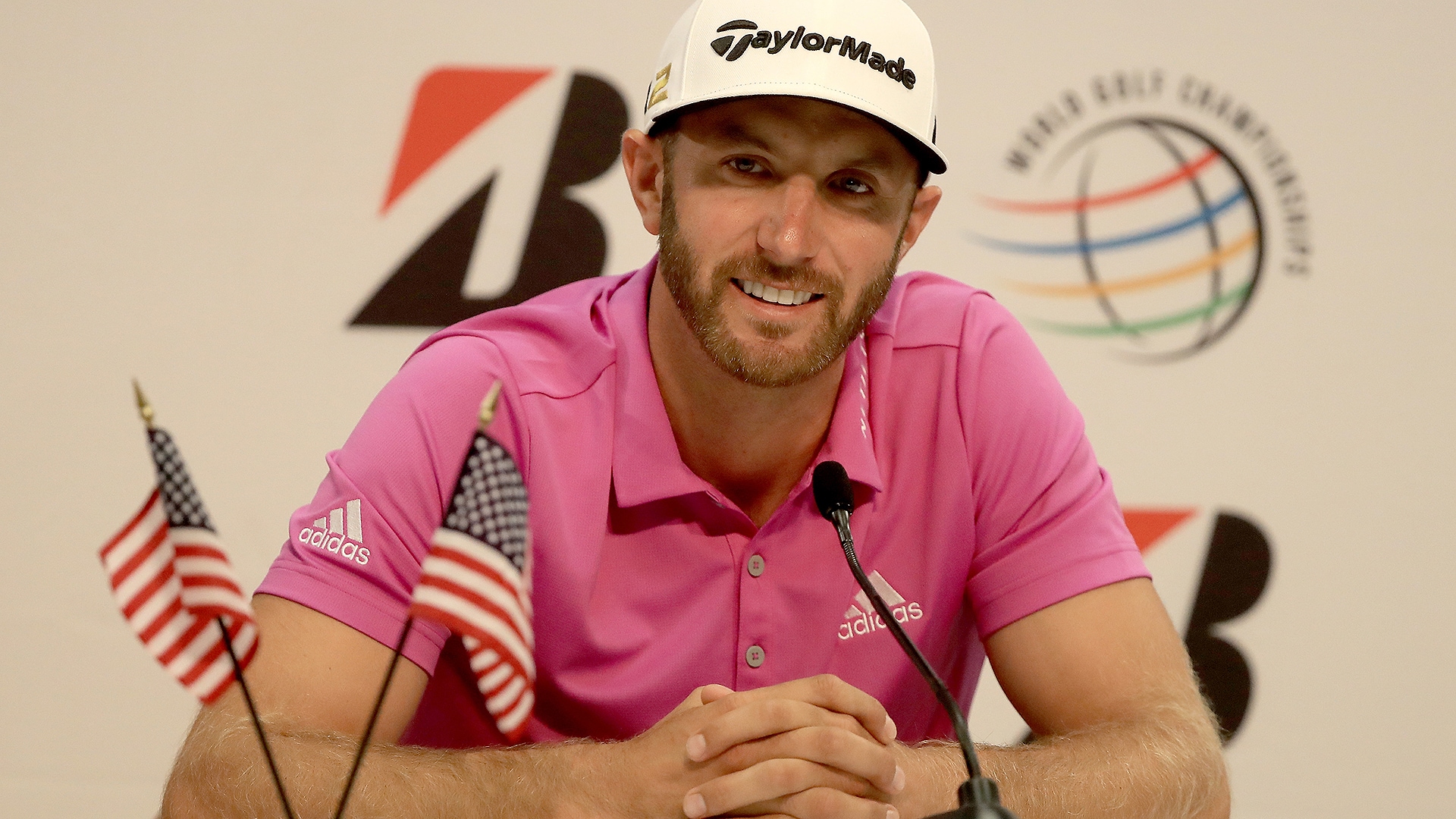 But the Dustin Johnson who strode to the podium Wednesday at the WGC-Bridgestone Invitational is a little different from the guy who golf fans have recognized over the years. It’s the type of intangible shift that only a major title can bring.

After offering answers for years about what went wrong, or what needs to change, or when he’ll finally get over the finish line, Johnson closed the deal two weeks ago at the U.S. Open. Now it’s no longer a litany of tough questions, but instead queries about how he chose to celebrate his major breakthrough.

“I mean, I’ve been up here a lot talking about what happened and why I didn’t win,” Johnson said. “So it was definitely nice to win one and get to talk about it.”

Ask around, and the consensus is clear: if anything, Johnson was overdue. His ability was never in doubt, and most believed the major title that kept eluding him would someday be his.

“As I’ve mentioned many times, any time I’ve been asked about Dustin, I’ve said it’s a matter of time,” said Jordan Spieth. “He’s arguably the most talented golfer in the world.”

And yet, for all that talent, Johnson stood a month ago at age 31 largely embodied by the ones that got away. There was Chambers Bay last year, and Whistling Straits, and even Pebble Beach before that.

Johnson remained confident, sure. But the mind can only take so much before that tiniest speck of doubt begins to grow.

“It was something that, I believed that I had it, but there’s always that thing in the back of your head telling you, ‘Do you really have what it takes?’” Johnson said. “There’s definitely something that was in there that was wondering if I could really get it done.”

But with one emphatic final round – arguably against the best efforts of the USGA – Johnson put all of that doubt to rest.

It led to the kind of mental sigh that we have seen in recent years from Adam Scott, Justin Rose and Jason Day. Promise has translated into hardware, and now Johnson is in a sense liberated.

“I mean, now I know I’ve got it for sure. I felt like I had it before, but it never worked out,” Johnson said. “But now I really know I’ve got what it takes to get it done. I think that’s kind of – that’s definitely a very good thing to have.”

Whenever a player of Johnson’s stature breaks through, the “floodgate” question is quick to follow. Some point to the example of Phil Mickelson, who won his first major at age 33 and added four more to his collection, and wonder how many Johnson can snatch up.

Of course, it was a similar reaction to major wins from Scott and Rose, both of whom are still looking for trophy No. 2 some three years later.

Johnson, though, may have an even stronger skillset than either of those two elite players, and for his part he is not backing down from any discussion centered on how he stacks up against the game’s best, having disrupted the “Big Three” that dominated the world rankings for the first half of the year.

“I think I’ve proved myself over the past three years that I’m definitely a contender,” he said. “Obviously once I finally got that major victory, I definitely think it puts me into the conversation.”

Johnson’s win may have received more credit among his peers simply for all that he had to endure – both prior to Oakmont and during the final round. His near-misses at the 2010 PGA Championship and last year’s U.S. Open were among the most painful losses by any player in recent years, and Johnson appeared headed for another controversial close call when a USGA official put his hand on Johnson’s shoulder with seven holes to play.

The penalty heard ‘round the world elicited plenty of discussion, but it didn’t slow down Johnson’s quest.

“Personally, knowing him and also knowing kind of the experiences to an extent that he’s gone through, I thought it was very cool,” Spieth said. “I thought it was extremely special given everything that’s been hanging over him. That wasn’t easy, and he stepped up.”

Johnson won’t be able to add to his major title collection this week at Firestone, but two more enticing opportunities loom in the coming weeks. It’s an effort that will be aided by a jolt of newfound confidence and belief, having finally gleaned a win from years of potential.

“The first one is definitely the hardest. Well, it was for me,” he said. “Now that I know that, I’ve just got to keep putting myself in position to have a chance to win on the back nine on Sundays. I mean, yeah, I think it’s the beginning.”