Forget me not: Henley sneaks into SHO winner's circle 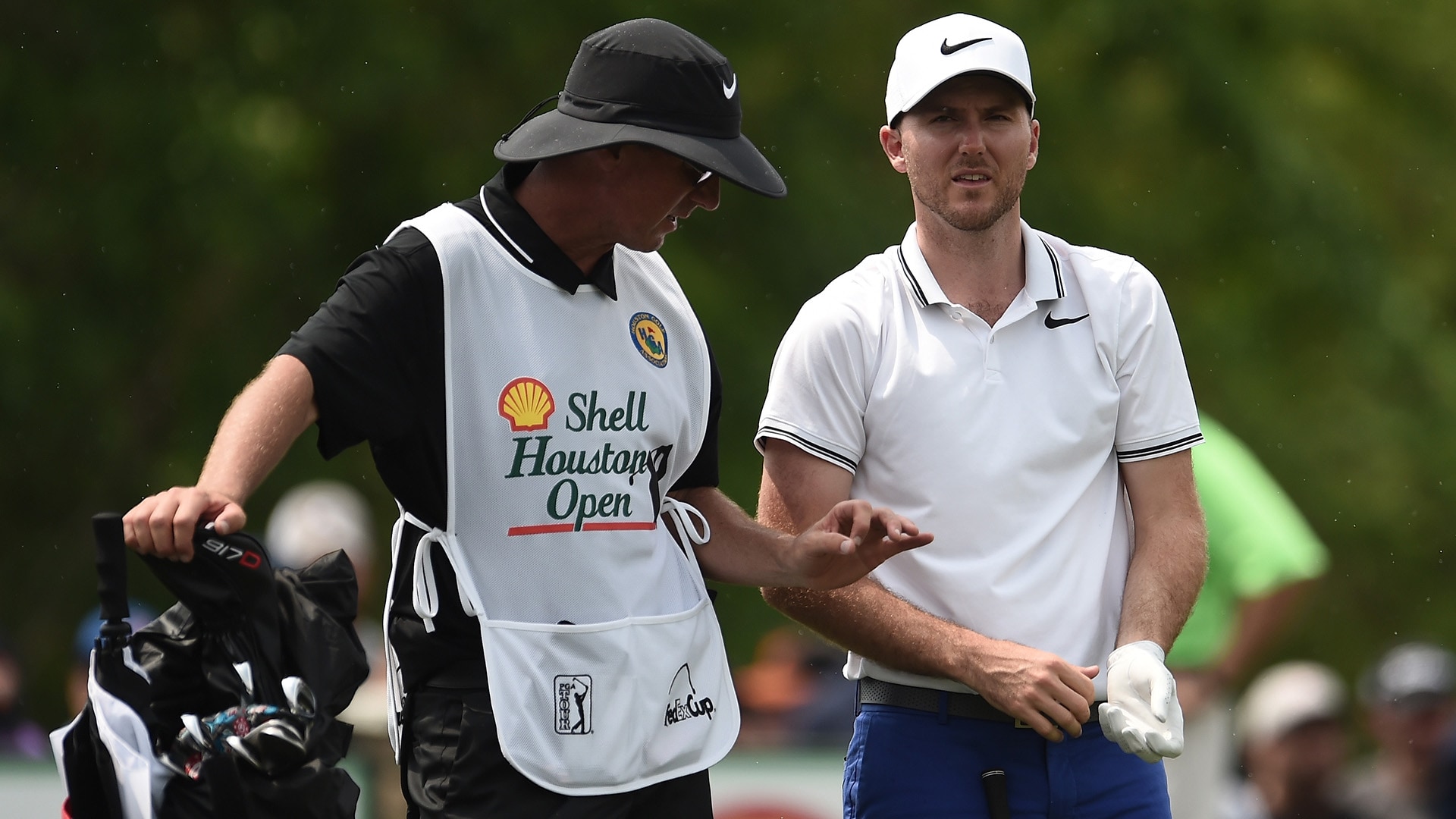 HUMBLE, Texas – The forgotten man found a way to steal the trophy at the Shell Houston Open.

All eyes had been on Sung Kang this weekend, as he built a six-shot lead at the halfway point that still stood at three shots entering the final round.

Then there was fan favorite Rickie Fowler, already a winner this year and in position to possibly add another to his tally before strolling down Magnolia Lane.

But in the end, the victory went not to Kang or Fowler, but instead to Russell Henley, whose final-round performance was such a blur that he had trouble recalling exactly how many birdies he had made while sitting next to the trophy in the media center.

“I made 10 birdies today?” Henley said, his eyes nearly as wide as his smile. “Wow. Yeah, then I guess it’s definitely the best round (of my career).”

Consistency hasn’t exactly been a strong suit for Henley, 27, now in the midst of his fifth season on Tour. Sometimes that streaky nature can lead to a run of six missed cuts in seven starts, like he experienced at the beginning of last year, and sometimes it can lead to three straight rounds of 63, which Henley shot en route to victory in his very first start as a rookie in 2013.

Sunday’s performance certainly belonged in the latter group, as Henley turned a four-shot deficit into a three-shot win and his first title since the 2014 Honda Classic.

“When he gets rolling with his putter, I’ve seen him just make everything,” said caddie Todd Gjesvold. “He just seems fearless. He didn’t seem nervous. He gets over the hump, and then it’s just, ‘Hang on.’”

Henley was seen as a talent to watch after breezing through the Web.com circuit and notching two early victories. But looks can be deceiving, as he candidly rattled through his own internal perceptions of the last few years.

A 2013 campaign that included his breakthrough at the Sony Open: “I was lost with my swing and questioning everything.”

His 2014 season that featured a playoff win at PGA National over Rory McIlroy: “Awful.”

Last season, when he finished a career-worst 87th in the FedEx Cup race: “I don’t know what happened last year. It’s a humbling game.”

Henley was one of several players who went through equipment changes last summer when Nike decided to stop making clubs, and he has since signed a full deal with Titleist. With the change came, finally, a bit of consistency, as he entered this week with top-25 finishes in six of his last nine starts.

Then there was Sunday’s final round at the Golf Club of Houston, where the only consistent aspect was the circle he put around nearly every one of his scores.

“Russell just played great. He played like I did the first two rounds,” said Kang. “He putted really well, made almost everything.”

Henley recalled walking up the penultimate fairway Saturday alongside Gjesvold and altering his focus.

What happened was that the charge everyone expected from Fowler never came, and Kang was unable to make a birdie over his final 10 holes. That left the door open for Henley, who first grabbed a share of the lead with a birdie on No. 7, his fourth of the day and part of a run of three straight.

He dropped off the pace with a double bogey two holes later, but a bounceback birdie on No. 10 gave him a share of the lead and was, according to Gjesvold, the key to the round. Henley didn’t trail the rest of the way, opting instead to keep the blinders on and the “pedal down.”

“I was trying to win by 10,” he said. “I was up a couple and I said, ‘I don’t like this. This doesn’t feel comfortable. I need to be up by more to be comfortable.’ I feel like that was kind of the mentality.”

By the time he got to the final hole, his cushion was four shots, a closing bogey was immaterial and the Kang-Fowler battle many expected was a thing of the past.

With a handful of shots at just the right time, Henley put a positive spin on his admittedly streaky nature and snatched up the 94th and final invite into next week’s Masters.

The tournament seemed to belong to Kang, and the fans always belonged to Fowler. But in the end, the trophy went home with him.

“Although I haven’t quite been close to the lead, I feel like my game has been there,” Henley said. “It just kind of happened this week.”