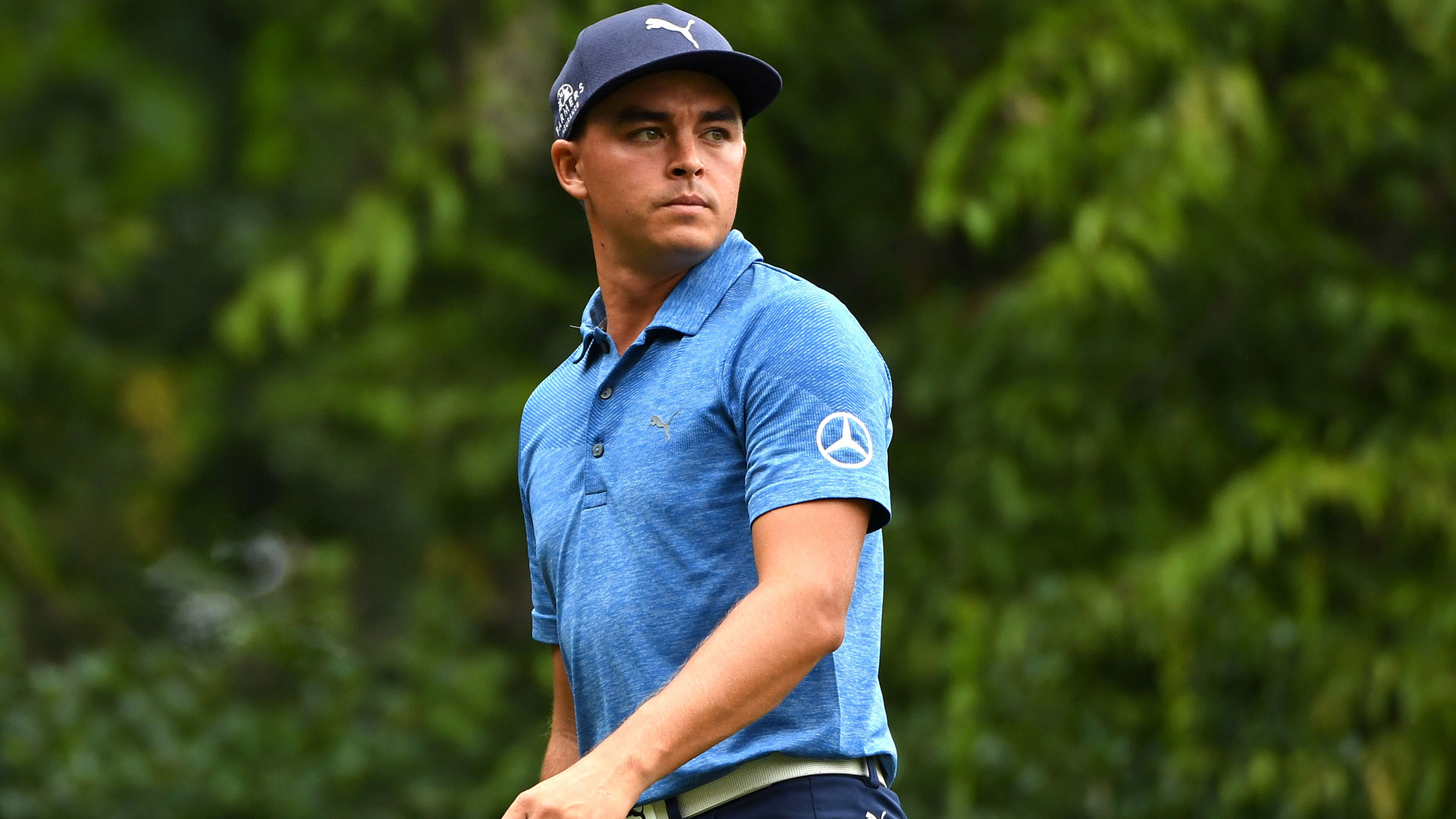 Rickie Fowler has officially put Fall Break on hiatus – at least, for a week.

Fowler is teeing it up this week at the OHL Classic at Mayakoba, where he headlines the field and will make his tournament debut. His appearance south of the border is another testament to the strength-of-field requirement instituted last year by the PGA Tour, one that also helped steer Rory McIlroy to the Travelers Championship this summer.

It also continues a trend in recent weeks where Fowler has gone against the grain of other top-ranked stars' picks of where to play during the fall portion of the season. While most big names are sitting at home this week, Fowler will take on El Camaleon along the shores of Playa del Carmen.

Likewise, while his peers were scooping up dollars and OWGR points by the handful during a three-week Asian Swing last month, Fowler was kicking back at home and visiting some of his old stomping grounds.

The beauty of the saturated PGA Tour schedule is that players are afforded an opportunity to forge their own paths. There is no mandate requiring stars to hop a flight to Asia, although the lucrative purses certainly serve as convincing motivation.

In fact, the only other top-10 players who went 0-for-3 on the Asian events last month were Jordan Spieth and Rory McIlroy. Spieth still plans to fly across the globe to defend his Australian Open title next month, while McIlroy opted for rest in an effort to get fully healthy.

Which brings us back to Fowler, who had previously been a staple at the WGC-HSBC Champions in China since 2013. Four years ago he spent his fall racking up frequent flier miles, with starts in Malaysia, China, Australia and Thailand all after October 1.

But Fowler is a different player than he was four years ago, and he has different goals. Coming off an exhaustive summer stretch and a raucous week at the Presidents Cup, he opted to put the clubs away. Earlier this week, he told Golf Channel reporter George Savaricas that he had only played five rounds of golf in the six weeks since leaving Liberty National.

“I wanted to look at this fall and winter as a time to create an offseason,” Fowler said Wednesday. “Enjoy the relaxation and get some time in the gym to get ready to go in January.”

Fowler is interrupting that break to make his maiden trip to Mayakoba this week, and he’ll also tee it up later this month at the Hero World Challenge. But afforded essentially three months between the Presidents Cup and Tournament of Champions, he’s making a clear statement that his focus remains on starting fresh for 2018.

His most recent season is difficult to assess. On one hand, he won the Honda Classic to break a lengthy victory drought, authored perhaps the most consistent summer of his career and contended at multiple majors.

On the other hand, he failed to capitalize on those major chances, notably at the Masters and U.S. Open, and his T-26 finish at the Tour Championship served as an ill-timed clunker with $10 million on the line.

Fowler will turn 29 next month, a reminder that he is not quite as young as his annual spring break comrades Jordan Spieth and Justin Thomas. But barring injury, he remains on the upswing of his prime, and certainly possesses the talent to make runs like Spieth and Thomas have authored in recent years.

The difference will likely boil down to capitalizing on various opportunities. And while Fowler can put in plenty of legwork toward that goal after the ball drops on 2018, his decision to focus on recharging off the course this fall could prove prescient.

Amid a relatively quiet stretch, Fowler has a chance to shake off some rust this week. A trip to sun-splashed Mexico isn’t exactly the most difficult burden to bear, and his appearance is already a win for a tournament looking to bolster its status.

What’s more telling is the litany of events that Fowler has already skipped. It’s never easy to pass up on guaranteed prize money, not to mention FedExCup points that could prove valuable 10 months from now.

But while the wraparound schedule affords few opportunities to truly rest and unwind, Fowler has created one this fall. It comes at a cost, sure, but he has also played long enough on Tour to weigh the benefits of both options and choose accordingly.

On the heels of a good-but-not-quite-great season, Fowler has started this new campaign with some R&R and time in the gym. He’ll get back to the on-course grind this week, but it may be months before the value of his unique fall itinerary choices comes to fruition.