Fowler vs. Kang: 'It's time to battle' 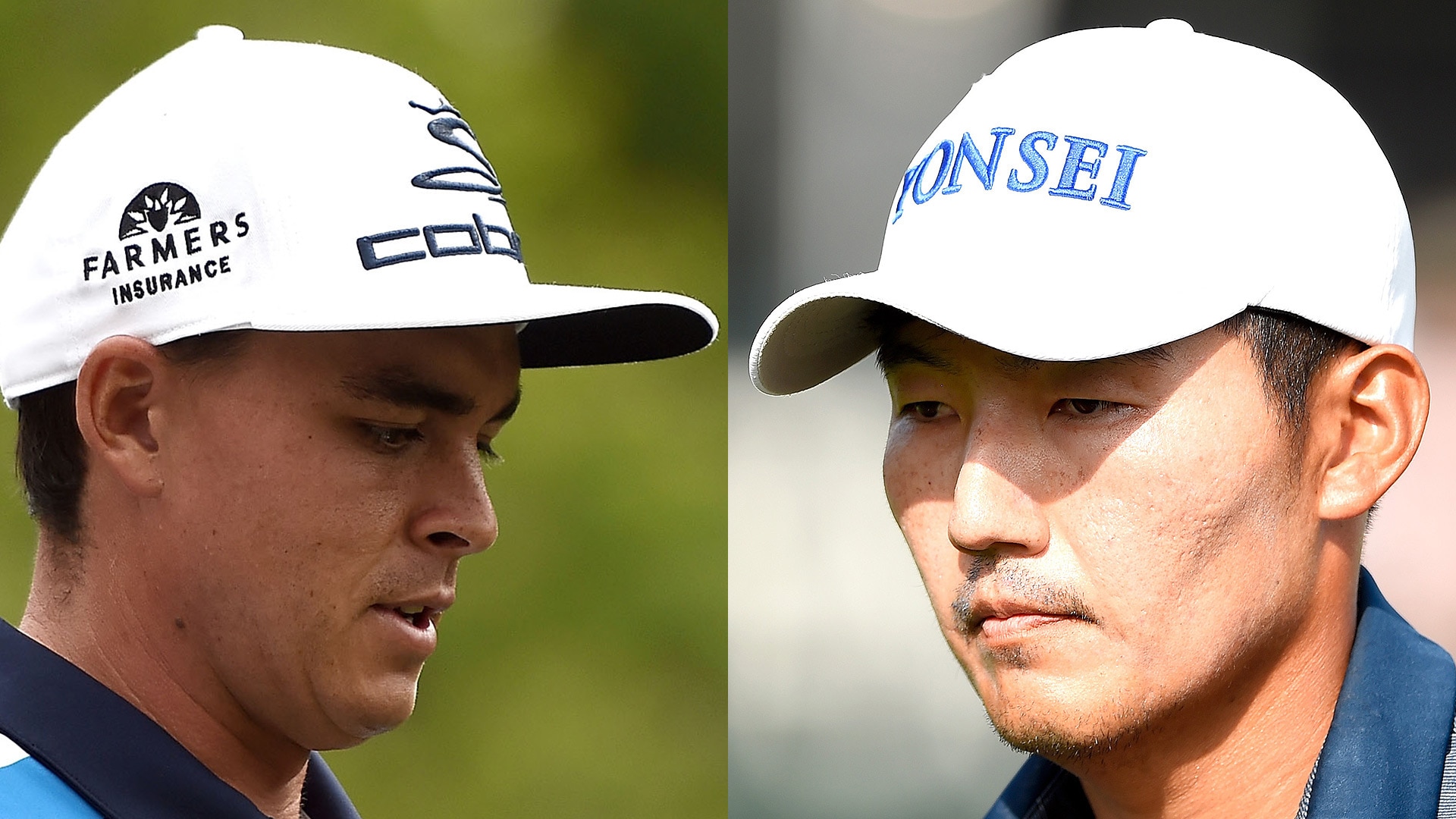 HUMBLE, Texas – Sung Kang is closing in on his first-ever trophy at the Shell Houston Open, but Rickie Fowler is determined to make him earn it – if not take it with him down Magnolia Lane.

Staked to a rare lead after a pair of hot putting performances, Kang looked the part Saturday despite the blustery winds that buffeted the Golf Club of Houston. Unfortunately for him, Fowler seemed immune to any adverse conditions for nearly the entire afternoon.

Beginning the day seven shots back, Fowler drew even with Kang after just 14 holes, carding eight birdies across that span. While a trio of late putting miscues turned an other-worldly 64 into a 67, Fowler was still able to get within three shots of Kang heading into the final round.

While Russell Henley also sits one shot further back, Fowler feels like he has Kang in his sights.

“It will be a match-play situation,” Fowler said. “I’m starting the day three back, and it’s going to be fun. I like the challenge of coming from behind and then potentially being able to put pressure on the guy.”

Fowler held the 54-hole lead a few weeks ago at the Honda Classic and managed to convert that into a victory. But the lion’s share of his PGA Tour wins have come from the chase position. While Kang holds the top spot, Fowler’s name could be the one that many players watch on the leaderboard after he bent the Tournament Course to his will for the first 16 holes Saturday.

Of course, his remaining task would have been considerably easier were it not for a bogey on No. 17 and a shocking four-putt double on No. 18 when he missed a pair of putts from inside 5 feet.

“You can’t really dwell on the last two holes,” he said. “It was a great day of golf. I put myself in a position to go win a golf tournament tomorrow, so we go get some rest, sleep and there’s 18 holes in front of us to go play.”

Fowler came to Houston to build some Masters momentum, just as he did in 2014 when he finished T-6 here before a T-5 finish at Augusta National. So far so good, and he would dearly love the confidence boost of a second win before heading into the season’s first major.

For Kang, 29, there’s considerably more to play for. Having bounced year-to-year between the PGA and Web.com circuits since 2011, he could earn some serious job security with the two-year exemption afforded to the winner.

Then, of course, there’s that final golden ticket into the Masters that begins in five short days.

It’s a compelling incentive, but with Fowler hot on his heels, he plans to focus instead on the stellar form that created the cushion he now enjoys.

“I’ll play my game. I don’t care, I don’t really care what they do,” he said. “I think I’m still being a little more defensive because I still have a three-stroke lead.”

Kang views the first few holes of Sunday’s finale as pivotal, eyeing a handful of birdie holes where he can remain on offense. It’s a similar mindset to the one he carried into the third round, where he led by six shots and nearly holed his opening approach, instead settling for a kick-in birdie.

But that six-shot lead has now been cut in half, and instead of Henley or Hudson Swafford behind him, Kang now sees Fowler in his rear-view mirror. In fact, he’ll be right next to him as the two will share the morning’s final tee time.

Then there’s the factor of the weather, which appears sure to complicate things. Play has been moved up to avoid significant storms that are expected around lunchtime, all of which could necessitate this tournament’s first Monday finish since 2004.

Such a delay would complicate Fowler’s travel plans to Augusta, and it could certainly keep Kang from closing out on his first-ever Masters invite. But both players are putting any meteorological concerns at bay and will instead focus on the duel that awaits.

“It’s fun. It’s time to battle,” Fowler said. “It’s down to a few guys. If we go play good golf, it will be nice to get off to a good start and put some pressure on him. I’ve got a lot of work to do to get the job done.”

“I’ll do my best tomorrow,” Kang said. “I’m going to try to make some birdies and see what happens after that.”

There are 93 players currently set to tee it up next week at Augusta National. If Fowler’s match-play assertion proves true, there will either be a 94th invite printed or he’ll sneak in one more trip to the winner’s circle before heading off to smell the azaleas.