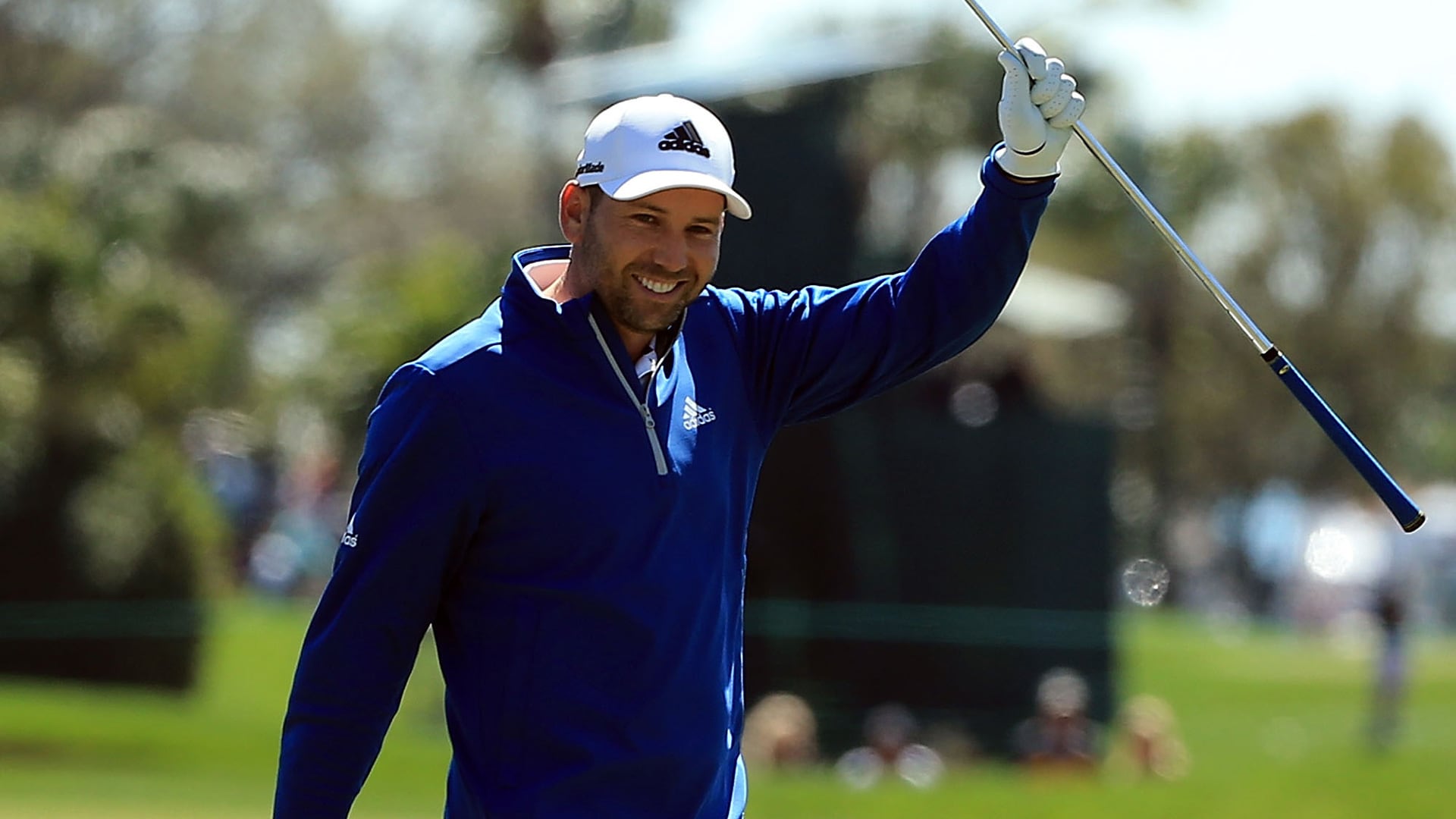 PALM BEACH GARDENS, Fla. – Once Sergio Garcia tapped in to complete his opening round at the Honda Classic, his stat line looked a little something like this: four birdies, one bogey, one holed approach shot, one gallery member struck, a share of the lead and a close encounter with an alligator.

In other words, another vintage performance from a player who has spent nearly two decades toeing the line between brilliant and baffling.

Garcia tamed blustery conditions on the Champion Course, relying on sound approaches and clutch putting to card a 5-under 65. The Spaniard shares the lead with Michael Thompson, an early pole position as he looks to win on the PGA Tour for just the second time since 2008.

That he is nearly eight years removed from the biggest win of his career, and almost four years have passed since he last won on the PGA Tour.

But performances like Thursday’s opener rekindle memories of the swashbuckling teenager at Medinah, or the fiery assassin at so many Ryder Cups past.

It was, in essence, Good Sergio. But it was also a puzzling performance given what preceded it.

Garcia made his first Tour start of the year last week at the Northern Trust Open, an event he nearly won a year ago. Anticipating further success on a course where he has previously thrived, he instead missed the cut.

“I didn’t come in with a lot of confidence,” Garcia said. “You are wondering a little bit, because usually my long game, it’s up there, and even when I’m not playing great I can still manage to get around it. But last week, I felt out of sorts. I felt like I didn’t feel comfortable with the swing.”

The remedy for Garcia – the key to sparking a return to Good Sergio – was simply to walk away.

“I took it quite easy,” he said. “I didn’t really touch any clubs for four days.”

Therein lies perhaps the most maddening aspect of Garcia’s game. That innate skill, the world-class game that has previously taken him to such lofty heights, seems at times to be lying just below the surface. While the combination to unlock it often proves elusive, he had little trouble finding it Thursday.

Even on a good day, though, Garcia’s game displayed a few raggedy edges. He nearly put his approach to No. 14 into the water, and he caught a spectator in the leg with his drive on No. 10, a ricochet that required him to hit a rope-hook fairway wood around a tree for his approach.

Garcia’s worst shot of the day came on No. 6, a tugged drive that found the hazard lining the fairway. Eschewing an option for a lateral drop, Garcia rolled up his pant legs and waded into water up to his shins to hit his shot, all the while checking behind him for what was laying on the opposite bank.

“I was more worried about the alligator that was on the other side of the island than getting out of the water,” Garcia said.

He successfully staved off any wildlife encounter, splashed the ball back into the fairway and saved an eventful bogey that proved to be his lone dropped shot of the day.

Garcia’s round also featured an ample amount of highlights, none better than his hole-out from 142 yards for eagle on No. 2. Playing alongside Garcia, Rickie Fowler had a hole-out of his own on No. 10 and nearly kept pace with Garcia after shooting a 66.

“I guess we have the same outlook out there hitting shots,” Fowler said. “Especially in these conditions when it’s windy, I feel like we kind of navigate our way around the course the same way.”

While it was once Fowler chasing Garcia in the world rankings, the script has been flipped in recent months. Fowler entered this week ranked No. 5 in the world, one of the fresh-faced players taking over the game one victory at a time.

Garcia started the week at No. 19, relegated to the role of a grizzled veteran chasing down players several years his junior. With age, though, comes perspective as he takes stock of the game’s current youth-friendly landscape.

“It’s always nice when you’re young and you know the scar tissue is not too thick. You play and you love it, and you don’t really care too much about everything that’s going on around,” he said. “As you get older, I think you see more things and you start worrying and trying to help in other ways than just playing golf.”

Sage words from a man who knows a thing or two about battling scar tissue, a man who remains one of the more entertaining dichotomies in golf.

While three more stern tests await this week, chalk one up for Good Sergio.