McGirt making most of Ohio opportunity 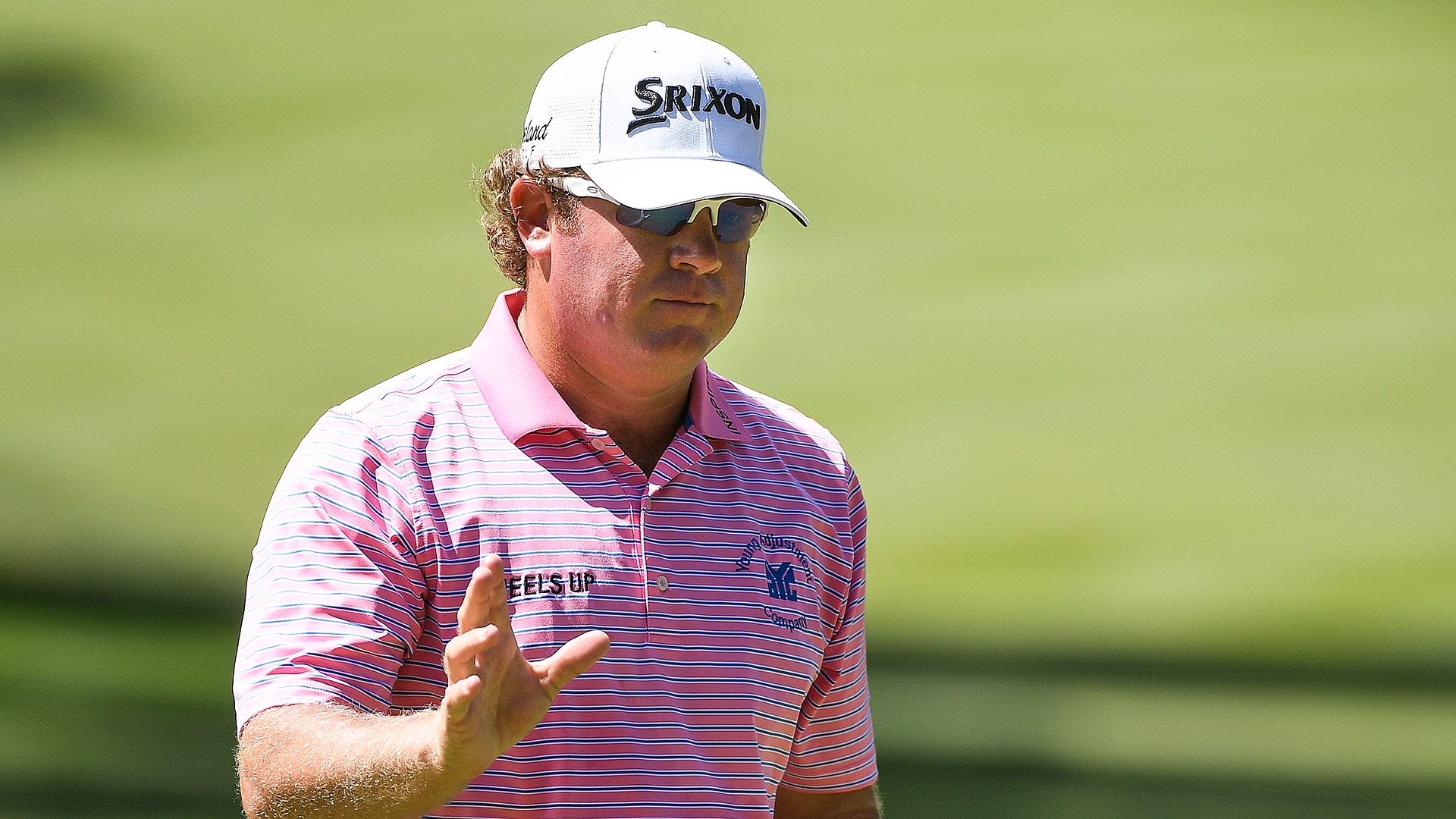 AKRON, Ohio – When William McGirt laid out his 2016 playing schedule, he saw an opening.

While the game’s upper echelon would be cramming in one high-profile event after another during a seemingly endless summer, McGirt eyed a break: a five-week stretch where he could pull the plug, unwind a bit and recharge before heading into the season’s final stanza.

Funny how plans can change.

In the midst of what McGirt thought would be the third leg of that five-week hiatus, he is instead part of an elite field at the WGC-Bridgestone Invitational. He also happens to be atop the leaderboard after a hot putter led him to an opening 6-under 64.

The season’s quartet of WGC events, with no cut and no shortage of world ranking points, can become old hat for many of best in the world. They’re even so commonplace that guys like Henrik Stenson and Sergio Garcia opted to skip a potential money grab in Akron rather than get caught up in a scheduling squabble between the PGA Tour and European Tour.

For McGirt, though, simply showing up this week is a prize in and of itself.

He qualified for this event by virtue of his breakthrough win this month at the Memorial Tournament, some 125 miles down the road in Dublin, Ohio. The victory was the first of his professional career, and at age 37 he is making his first career start in a WGC event.

A player who embodies an old-school approach to the game, he couldn’t help but smile once he got a look at the time-tested layout of Firestone’s South Course upon arrival on Sunday.

“I fell in love with the place,” McGirt said. “I love it because you can’t stand up there and just hit it as hard as you want, go find it and hack it on the green. It’s an old, traditional style golf course, which I absolutely love.”

That passion was apparent in McGirt’s opening round, a bogey-free effort where he needed only 24 putts. It was his work on the greens that moved him to the top of the standings, and it’s the same club that has led to a career-best run of results this summer.

A few new putting drills during the RBC Heritage in April yielded immense results, as McGirt stated that the last three months have been the longest stretch of confident putting in his 12-year-career. It’s a trend that continued in Thursday’s opener.

“It’s just one of those days where it seemed like the farther I got from the hole, the bigger it looked,” he said.

McGirt admits that things still haven’t returned to normal since his win at Muirfield Village. He remains in the midst of trying to send a note of thanks to everyone who texted, tweeted or emailed him a note of congratulations following the win – a process he expects could take five weeks.

“If somebody took the time to send me something, I want to take the time to send them a personal note back,” he said. “I’m not the kind of guy that’s going to sit there and type out a message and hit cut and paste 500 times. That’s just not me.”

His life inside the ropes also remains an adjustment. The U.S. Open, he said, was a bit of a blur as friends and peers alike offered their praise of his playoff win. But as the weeks go on, he’s becoming more accustomed to the fact that he is now a PGA Tour winner, and equipped with a three-year exemption.

It’s a confidence boost that he has put to work this week, where a star-studded field of entries didn’t deter his sense of self-belief.

“I think the biggest thing I took away from Memorial is the confidence in the fact that I know that I can do it now,” he said.

This week’s event has, in many ways, gotten lost in the shuffle – stuck in between a hectic run of three major championships, and in recent days overshadowed by Olympic roster changes. But none of that lessens the fact that for a rank-and-file player like McGirt, this tournament offers a variety of opportunities.

It’s a shot at money and points, yes. But it’s also a chance to show that his win, in his words, “wasn’t a fluke” – to turn one trophy into two. It’s a chance to join a list of players to win the Memorial and the Bridgestone in the same year that currently includes exactly one name: Tiger Woods.

It’s a chance that McGirt didn’t expect to have when he laid out his schedule at the start of the year, but it’s one he’s ready to embrace with open arms now that he’s here.

“I was dreaming about these opportunities, and now they’re here,” he said. “I’ve got to take advantage of them.”