Missed cuts give some stars extra time at Augusta 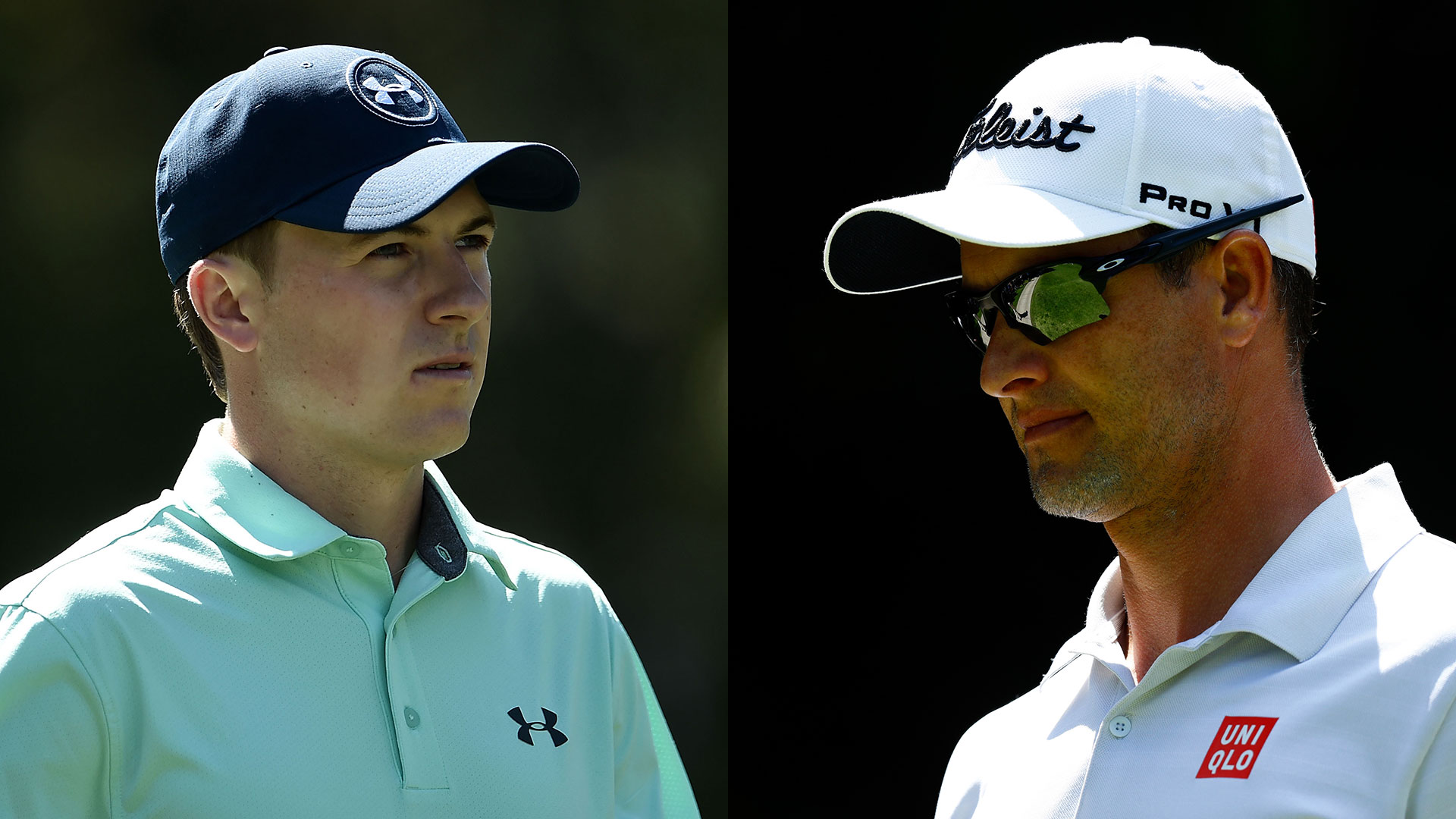 HUMBLE, Texas – The leaderboard at the Shell Houston Open will be a little light on star power this weekend.

The tournament lost Dustin Johnson early in the week, and now must face a conclusion without a number of the biggest names sticking around.

Adam Scott, Patrick Reed and Jordan Spieth entered this week ranked Nos. 1-3 on the PGA Tour in consecutive cuts made. Collectively, they had played the weekend in 63 straight events.

After closing out their respective rounds Friday at the Golf Club of Houston, each heard the same sound emanate from the trunks of their courtesy cars.

Granted, they were not alone among the Augusta-bound contingent who have some Houston hotel reservations to cancel. Henrik Stenson also missed the cut by several shots, as did Matt Kuchar and Lee Westwood.

Spieth and Scott’s second rounds were particularly peculiar given that they had both gotten off to strong starts the day prior. But Spieth chased an opening 69 with a 5-over 77, while Scott matched that second-round total after starting with 68.

It’s hardly the Masters momentum either player was hoping for, but one look at the local weather forecast and it’s clear that not all missed cuts are created equal.

Rain is heading to Houston in the coming days; it’s just a matter of when and how much. The current forecast calls for a 100 percent chance of rain Sunday with up to 2 inches of forecast precipitation, putting the tournament in an awkward position.

No event ever wants to hear the phrase “Monday finish,” but this one would be especially delicate given how many players come here specifically to prep for next week’s first major. A Monday finish has not been required at this tournament since 2004, three years before it moved to the week before the Masters.

Scott suffered a four-putt on his third hole of the day and ended up taking 36 putts Friday, but he was hardly broken up about it after missing his first cut since The Barclays in August 2015.

“I’m going to look at the positives. I’ll be fresh for next week,” Scott said. “The weekend weather looks a bit dodgy here, so things may work out as good as they can considering it’s a missed cut. But I think I saw enough out there. I’ve got some time on the range today and tomorrow to really come up with my plan for what I’m going to do next week.”

Scott now expects to head to Augusta National on Saturday evening and will play a practice round there Sunday, as the weather forecast in Augusta on Monday is as bleak as the one for Houston over the weekend.

“An extra day there is not going to hurt,” he said. “In fact, it’ll be most enjoyable.”

Spieth had what he described as an “off day” that included bogeys on three of his final five holes, but he didn’t view his early exit in exactly the same light as did Scott.

Spieth’s revised plan will likely include a trip to Augusta on Saturday night to get in ahead of the weather, followed by an appearance at the Drive, Chip and Putt Contest on Sunday and an afternoon of work on the course.

Spieth was quick to point to his record from 2014, when he finished second to Bubba Watson at the Masters despite missing the Houston cut the week prior, and had seemingly wiped away any sense of lingering disappointment just minutes after completing his round.

“I think we know, and the other players that are playing next week know, that we strike fear in others next week,” Spieth said. “So that’s our idea, that’s going to be my confidence level going in, and we’ll step on the first tee ready to play.”

Granted, there will still be a few notable names sticking around for a wet finish in Houston. Rickie Fowler held the opening-round lead, while Justin Rose comfortably made the cut after rounds of 67-71.

Rose is currently planning to go home to Florida following the final round and wasn’t heading to Augusta until Tuesday, but he admitted that a Monday finish here is far from ideal for all parties involved.

“It’s tough, because it’s a big tournament in its own right, but the Tour and everyone needs to understand as well that a lot of guys play it for a certain reason,” Rose said. “If there’s an opportunity to get it done, we should try to do what we can to get it done before Monday. Because that really alters, and actually really puts you at a big disadvantage versus the rest of the field who have prepared a different way.”

For many big names, the final stages of Masters prep have been cut abruptly short. But they’ll hope to follow in the footsteps of Trevor Immelman and Angel Cabrera, who won the Masters in consecutive years despite each missing the Shell cut the week prior.

For those left in Houston to try to chase down Sung Kang, there are two more competitive rounds and the hope that Mother Nature will cooperate enough to crown a champion before flights headed for Augusta need to be rescheduled.