Phil falling into pattern of fading on the weekend 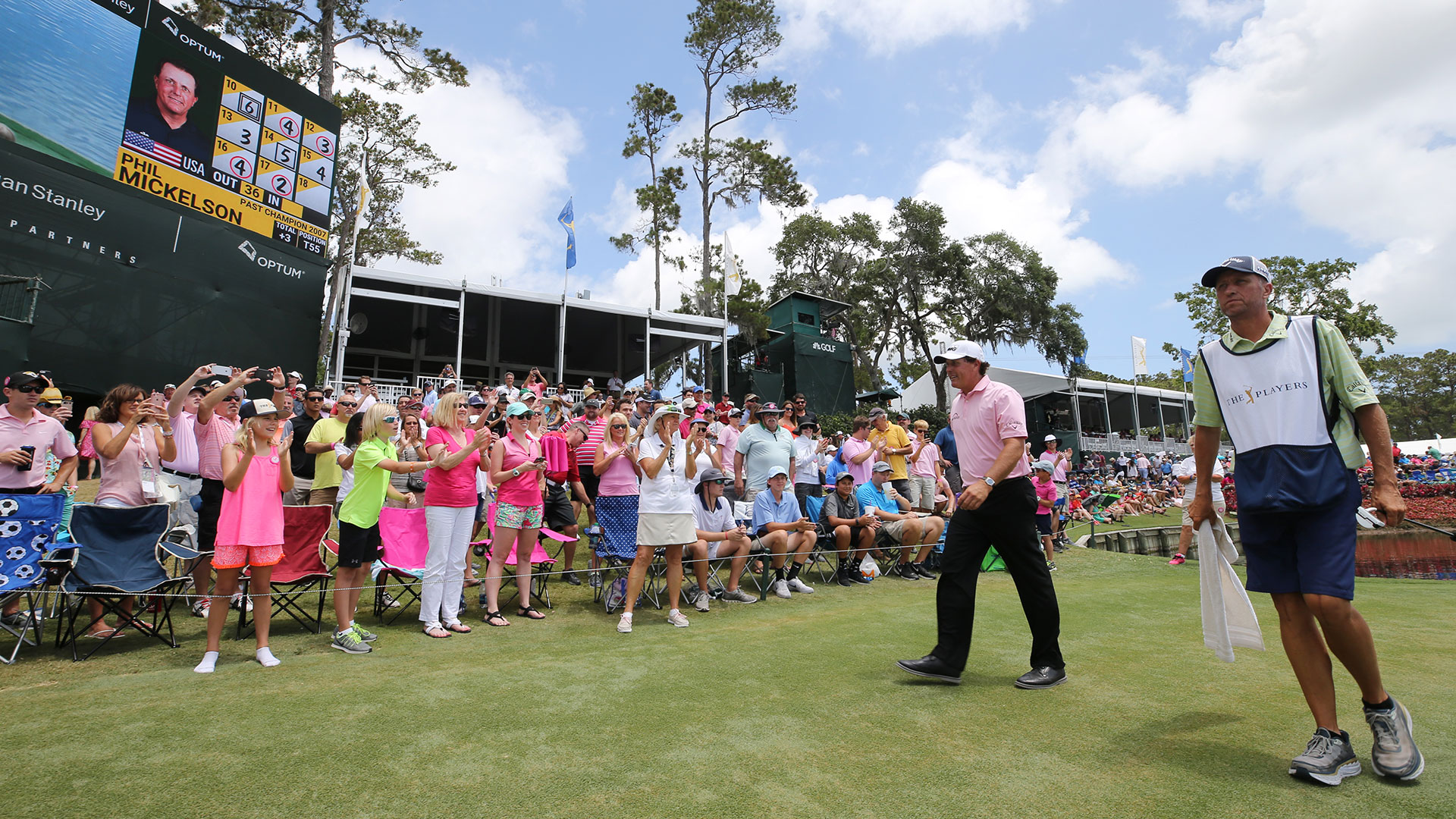 PONTE VEDRA BEACH, Fla. – A frustrating theme has emerged this season for Phil Mickelson, and it continued this week at The Players Championship.

Mickelson has gotten off to several strong starts, and he is 15th on Tour this season in opening-round scoring average. But as he continues to seek his first win since the 2013 Open, his weekend performance has been lacking.

Mickelson skipped practice rounds at TPC Sawgrass in an effort to conserve energy this week, but the results didn’t change as a third-round 78 blew him off the leaderboard, and he wasn’t able to make up any significant ground with a closing 71.

“The thing about this golf course is it’s really unrecoverable in a lot of spots, so when I did miss it big, I made a big number and wasn’t able to really get in contention,” Mickelson said. “But I feel like you can identify areas of strength and weakness in your game this week, and I think I’ve done that. I’ll go home this week and work on some of those areas.”

Mickelson believes the facets that cost him this week are the “simple things,” like chips and lag putting. While he won this event in 2007, he has now gone 17 straight rounds without breaking 70 on the Stadium Course dating back to 2011.

For Mickelson, the chief concern heading into the summer gauntlet remains consistency.

“Out of the 12 tournaments I’ve played, I made all the cuts and I finished top-24 like nine times,” he said. “But that is not my level of expectation, and so there’s an element of frustration there in that last little bit, which is about a stroke per round is what it comes down to that I’m letting slide that’s preventing me from getting in contention and having opportunities to win on the weekend.”

Mickelson has not yet visited Erin Hills, site of next month’s U.S. Open, and said he doesn’t have a scouting trip “on the books yet.” It will be the first major championship hosted on the Wisconsin layout, and when asked how a well-received course setup might boost USGA credibility among his peers, Mickelson wasn’t exactly optimistic.

“I don’t know if doing one thing right is going to fix that,” he said.