Phil's in position, and pressure's on 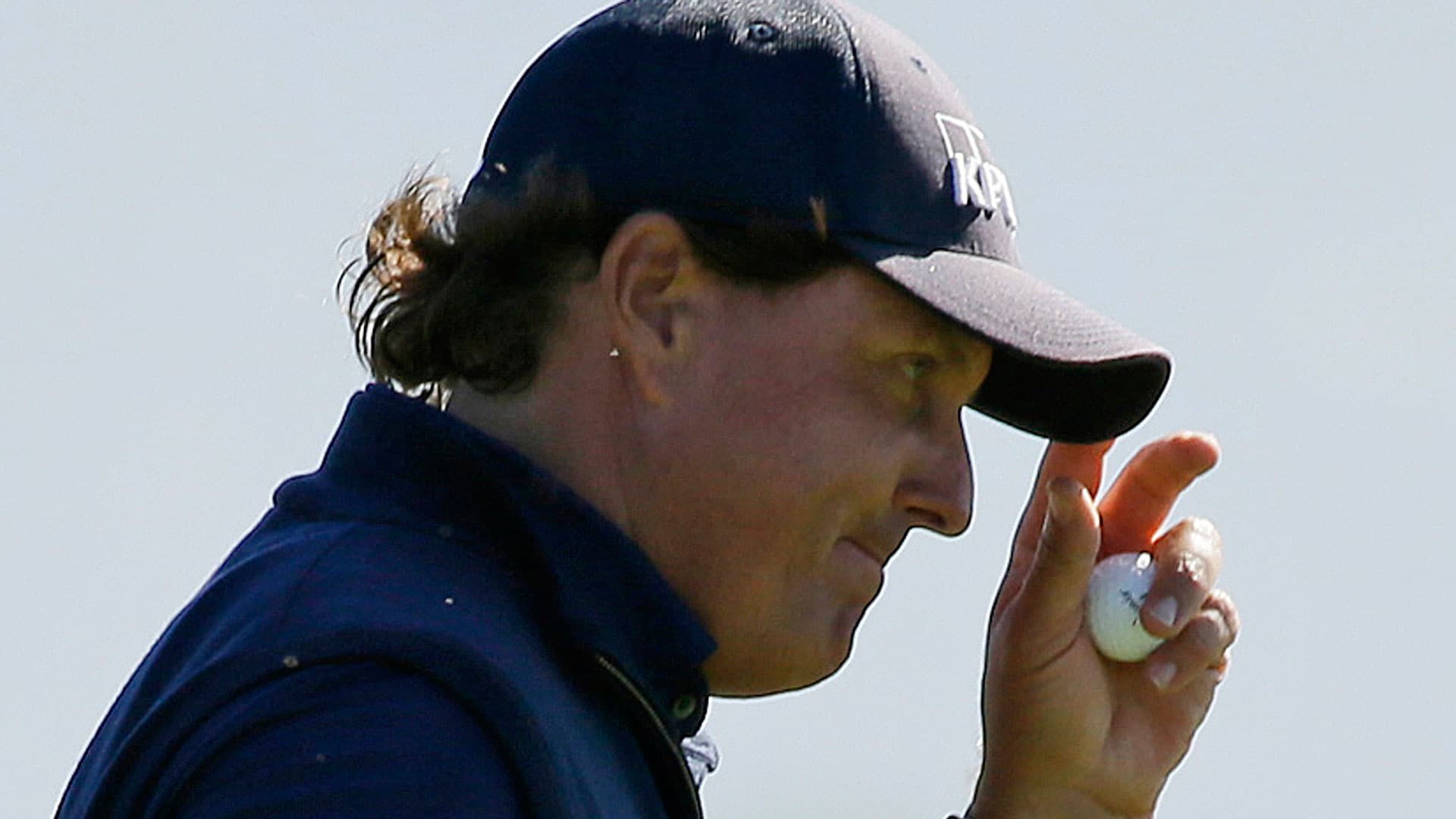 PEBBLE BEACH, Calif. – Things are starting to look up for Phil Mickelson.

The stray misses that have dogged him for the better part of two years have recently been few and far between. That all-world short game that led to five majors – not to mention a few DVD opportunities – has been on full display this week at the AT&T Pebble Beach Pro-Am.

The swing is improving under a new coach, and the results have been piling up. Everything seems to be pointing in the right direction.

All of which means one thing: As Mickelson’s month-long, season-opening stretch culminates Sunday along the iconic coast of Pebble Beach, the pressure will be on him to produce a win.

Mickelson has grinded through some lean times – 937 days, to be exact – since he last lifted a PGA Tour trophy. That 2013 Open Championship win was supposed to be a harbinger of more great things to come, a victory that could propel Mickelson even further up golf’s all-time list.

It was win No. 42 of a career haul that, well, was expected to extend beyond 42 wins.

But here we sit, 937 days since he walked off with the claret jug, and the 43rd spot in Mickelson’s trophy case remains bare.

There was a close call last month in Palm Springs, and another solid result last week in Phoenix. But no opportunity has been as appetizing as the one that awaits Mickelson Sunday at Pebble, where he has won four times and leads by two shots after spinning a 6-under 66 on the host course.

Mickelson may crack an extra-wide smile once he takes a peek at the leaderboard and sees he’s not exactly facing a murderer’s row here on the Monterey Peninsula. He’ll play the final round alongside little-known Hiroshi Iwata, and the only PGA Tour win from his three closest competitors belongs to Freddie Jacobson in the 2011 Travelers Championship.

You probably have to go down to Jason Day to find a name that may give Mickelson reason to pause, but the Aussie is tied for eighth and six shots back.

Mickelson has had no issues scoring across three different layouts, but he hasn’t been firing on all cylinders, either. He has continued to tinker with his equipment all week – a new driver lasted only one round, while his new 3-wood was replaced after 36 holes.

And while Mickelson’s third-round 66 was bettered only by Jimmy Walker’s 63, it was a scrambling effort after Lefty found just nine of 18 greens in regulation.

“I didn’t strike it as well as I have been striking it this year or even the first couple rounds,” he said. “But I was able to get up and down, miss it in the right spot and salvage a lot of pars on some difficult holes today.”

Mickelson also alluded to a plan to consult overnight with new swing coach Andrew Getson, an effort to fine-tune things that seemingly indicates just how critical he views this particular opportunity.

“I’m going to have Andrew come in tonight and see if we a get a little, just get sharp tomorrow,” he said. “I really want tomorrow to be a good day.”

Mickelson has said all week – really for much of the last month – that his game is close. That the offseason work he put in alongside Getson has yielded immediate dividends, and that he is ready and eager to once again go toe-to-toe with the game’s best.

But chances like this don’t come along often, even for a hall of famer whose fingerprints are already all over this particular piece of hardware.

“To head into tomorrow’s round at Pebble Beach with an opportunity is what I’ve been waiting for,” he said.

Striving to contend is all well and good, and regardless of the outcome this week, Mickelson will exit this four-event stretch with plenty of positives.

But make no mistake – the time has arrived for Mickelson to seal the deal. Considering the state of his game, considering his past history here and considering the competition he’s facing, anything short of a win will be a disappointment.