Roller-coaster back nine drops Fowler down board 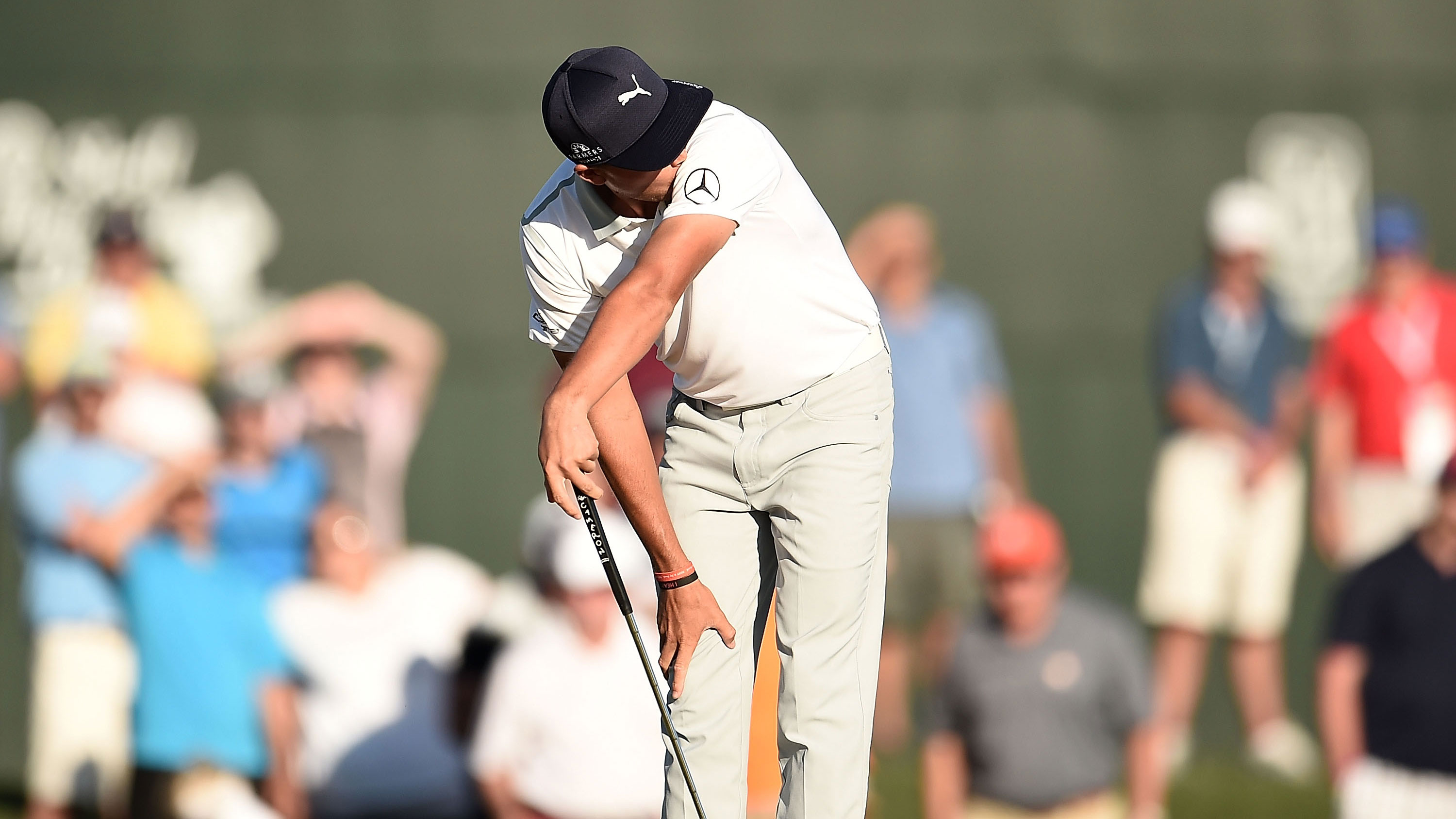 HUMBLE, Texas – Rickie Fowler made it 24 holes without a bogey to begin the Shell Houston Open. Then things got interesting.

Fowler had a roller-coaster back nine Friday at the Golf Club of Houston, making three birdies, two bogeys and a double in a seven-hole stretch. It all added up to a 1-under 71 that left him alone in fourth place at 9 under.

At one point, Fowler got to 12 under and within four shots of leader Sung Kang, but he’ll now begin the third round seven shots off the pace.

“I’m a little mad. It was a nice front nine,” Fowler said. “Made a couple swings that cost me. One swing with a driver on 12, and then a wedge that kind of just took off high left out of the first cut and rode the wind (on No. 15), ended up making double there. Other than that, give those back and I’m in with 68 and in a lot different position.”

Fowler started the day with a one-shot lead, but he was already eight shots back before starting his second round after Kang tied the course record with a morning 63. While several big names missed the cut and will now head to Augusta early, Fowler is eager for a shot at his second win this year and hopes the forecast calling for heavy rains on Sunday will prove inaccurate.

“Hopefully enjoy some good weather tomorrow and pray for a miracle on Sunday,” he said. “Like I said, I love where my game is at. I know I can go out and play well and shoot low on this course. Hopefully the weather treats us well.”