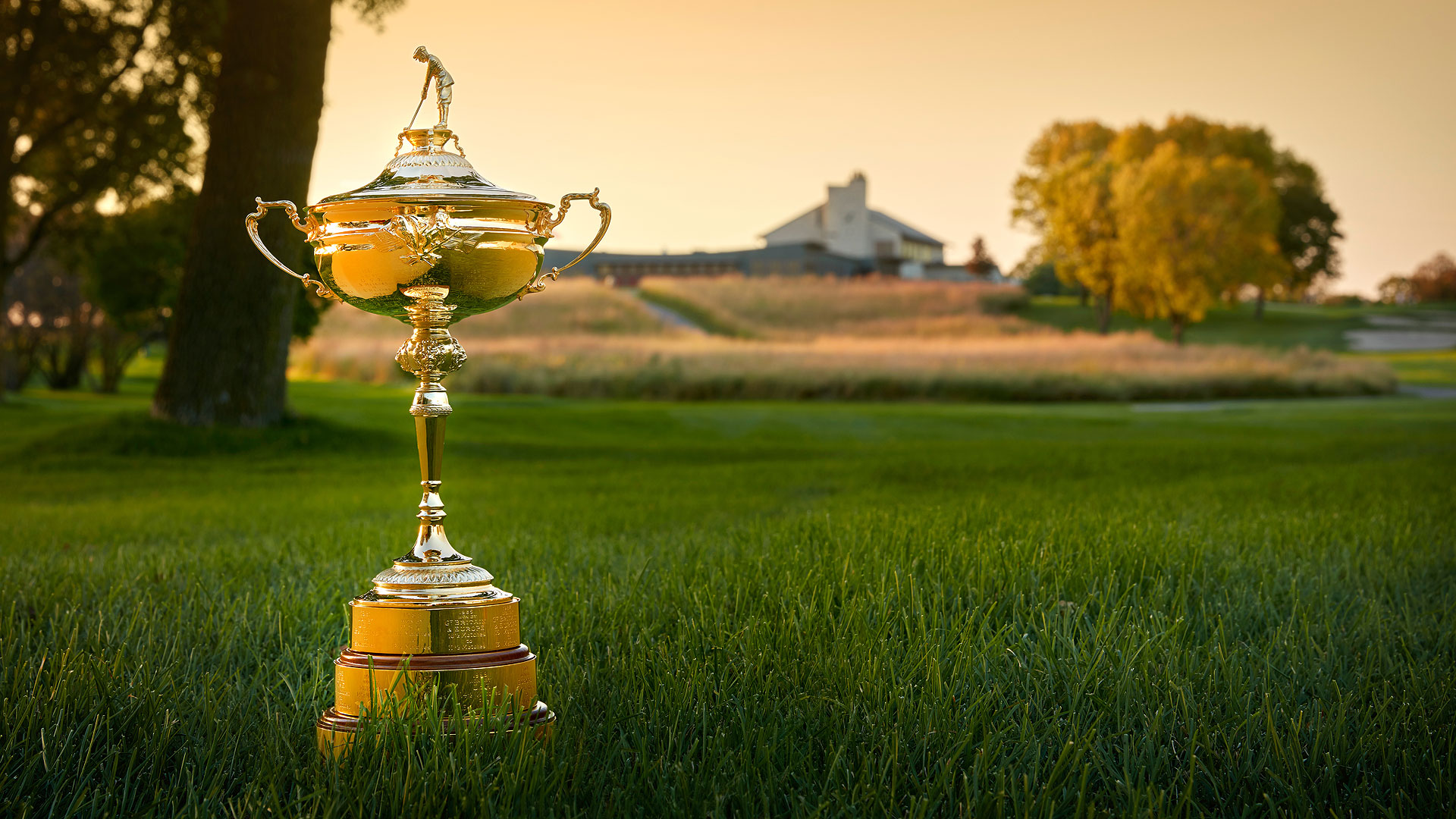 PALM BEACH GARDENS, Fla. – Let the record show that 218 days before the first ball will be struck at Hazeltine, American players past, present and future formally met to begin solving the Ryder Cup riddle.

A group of 26 men descended upon Jack Nicklaus’ humble abode to share a meal, players swapped stories and the host regaled them with motivational tales from victories past.

It was the first step on a long path toward redemption for a U.S. squad that will be eager to erase nearly two decades of disappointment. It started the process of “changing the culture,” as players from various rungs of the PGA Tour ladder gathered to begin bonding as a team.

It was also a move that left several of Europe’s former stalwarts sporting a collection of wry grins.

Culture and camaraderie are all well and good, but the American response to the loss at Gleneagles – including the breaking of bread that occurred Thursday at Chez Nicklaus – largely constitutes an effort to quantify that which is unquantifiable.

Put it this way: Don Quixote had better luck chasing windmills than the Americans do with recreating the magical formula the Europeans have conjured over the past two decades.

A few of the Euros who have been instrumental in sending the Americans to their current 1-6 skid even seem keenly aware of the fact that these task force-driven efforts could amount to paralysis by analysis.

“I think at the end of the day, some of this golf and these results are circumstantial,” said Padraig Harrington, a veteran of five Ryder Cups. “We’re having a good run, the U.S. aren’t, everybody’s trying to find an answer. I don’t think it’s as measured as you’d think it would be.”

It’s a long way from Palm Beach Gardens to Chaska, Minn., and there is plenty of golf to be played before teams are even finalized. Based on the simple rules of math, nearly half of those in attendance for the first team-building exercise will play no role in American success or failure seven months from now.

And while the powers-that-be hope that dinners and fishing trips initiate the creation of a more cohesive unit, it’s unlikely that any team members will think back to Thursday’s meal while grinding over a critical up-and-down at Hazeltine.

“There’s so little influence that the captain can have on the team, I think,” Graeme McDowell said. “Apart from creating a good atmosphere in the team room and on the week, it comes down to holing shots and holing putts. You look at these last four Ryder Cups, how little there is when it comes down to a Sunday afternoon. It’s putts holed and putts not holed.”

Remember, after all, that it took what McDowell again termed a “miracle” for the Europeans to defeat Love’s squad four years ago at Medinah. The margin between the two teams has been measured recently not in miles, but in inches.

Yet here the Americans toil, attempting to reinvent the wheel while the Europeans sit back and watch them try to hit a moving target.

“I don’t know, we’ll see. If it works, it’s great. If it doesn’t then, you know, they will try something else,” Sergio Garcia said with a smile. “We’ll see if it pays off or not in September.”

The European Tour has long been viewed as the gold standard of team-building, a circuit whose unique venues and travel demands force players to forge strong bonds before the Ryder Cup is even on the horizon.

They hang out more often, they share meals more often, they travel together more often. By the time the biennial matches arrive, a captain’s work has largely been done for him by virtue of the path his players traveled together.

While that theory may be rooted in truth, Harrington focused more on his continent’s ability to retain a chip on its collective shoulder even while pulling off victory after victory.

“No matter what you say, we need it more than the U.S.,” Harrington said. “Maybe now the U.S. needs it a lot as well, but for the last number of years, the last 20 years, we needed to win the Ryder Cup to justify our status. We’re the ‘country cousins’ and we want to prove ourselves.”

If nothing else, the recent American efforts indicate a level of investment in the event – but even that, according to Harrington, shows they’re only just beginning to catch up to their competition.

“The greatest achievement by the European team over the years is we have made the U.S. guys care,” he said, “and they really care.”

As the American team psyche begins its latest overhaul, the Europeans remain a united front. What’s more, these highly publicized meetings and dinners allow the defending champs to cling to the role of humble underdogs despite their recent run of success.

“You only have to look at the leaderboards to see who the favorites are for this year,” McDowell said. “They’ve got an incredible team, when you look at Rickie [Fowler] and Jordan [Spieth] and Brooks Koepka and all of these guys that are playing as well as they’re playing.

“Yeah, we’re going to go in there as underdogs, just the way we like it,” he added. “We like the underdog tagline. It’s worked well in the past for us.”

Should the Americans leave Minnesota with the Ryder Cup, some may point back to this week as a turning point – a collective shift of a mindset that had largely been mired in losing since the turn of the century.

More than likely, though, it will be much ado about nothing. The trophy will be won by making shots in October, not by sharing a meal in February. The game’s most fundamental, quantifiable metric  – the scorecard – will be the final arbiter.

The Europeans know this as well as anyone, but they seem more than content to let the Americans keep chasing windmills all summer long. 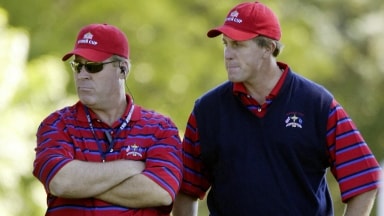 Once again, Phil Mickelson has criticized a captain in defeat. Where does the explanation end and the excuse-making begin? 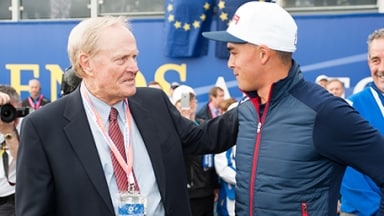 If you think the only real solution to the United States' Ryder Cup woes is for the U.S. to just play better, you'll be happy to hear from Jack Nicklaus. 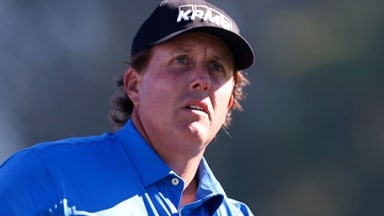 With a new American Ryder Cup template in place, Phil Mickelson was asked if this is what he envisioned making his comments in Scotland.