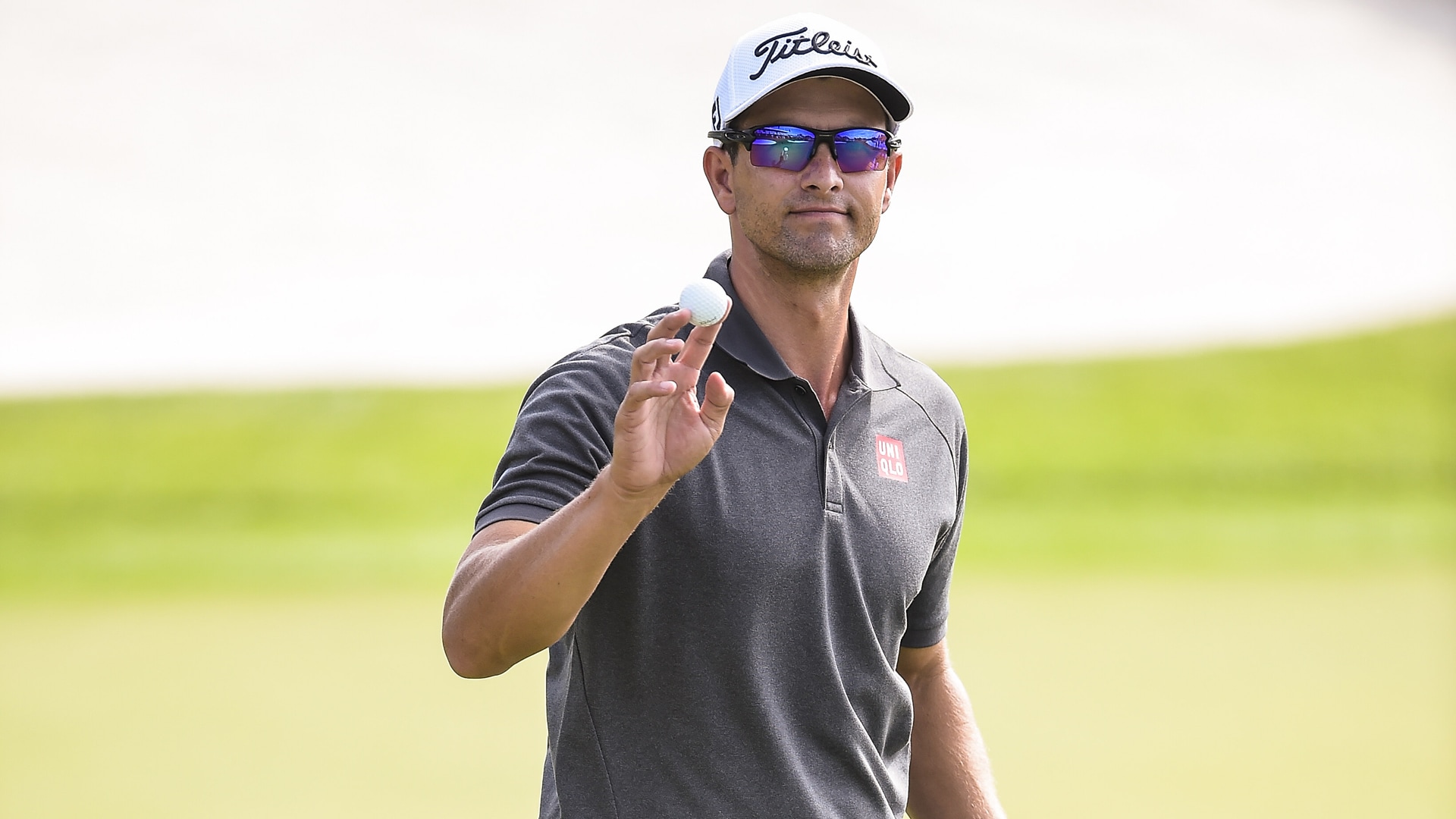 There were some frayed edges to Adam Scott’s opening round at the Arnold Palmer Invitational, moments that made you wonder if he might actually return to the mortal realm.

But momentum can be a potent salve, and Scott currently has plenty of it. As a result, he turned a middling ball-striking performance at Bay Hill into a bogey-free, 5-under 67 as he looks to win his third straight start. Scott is one stroke behind Jason Day after Round 1.

There’s never really a bad time to be Adam Scott, but right now – in the midst of perhaps the hottest streak of his decorated career – things certainly seem to be going his way.

“I didn’t play my best golf tee-to-green, but I chipped and putted really well today,” Scott said. “That’s a nice feeling when you shoot as low as you possibly can.”

When players are mired in a slump, golf can often turn into a vexing game of whack-a-mole. Fix the driver, and the short game leaves. Get the irons back on line, and the putter goes ice cold.

For Scott right now, though, it’s just the opposite. He has made his mark in recent months by covering mediocre putting with world-class ball-striking, a trend he continued en route to winning the Honda Classic. But it was his short game that salvaged his win at the WGC-Cadillac Championship, with an up-and-down on the 72nd hole, and that facet again was on full display Thursday at Bay Hill.

In a few short weeks, Scott’s balky short putter – the one that held him back for so much of 2015 – has been first neutralized, and now converted into a bona fide asset.

“It’s always good to rely on your putter. Everyone has ups and downs, and at the moment I’m putting with confidence,” Scott said. “I wish that would last forever, but, you know, the reality is it won’t. There are going to be moments where I just am out of rhythm with it or whatever, and while you’re hot you’ve got to run with it. I’m trying to do that.”

When Scott mentioned a few weeks ago that he wanted to be the best putter in the world by the time the Masters rolls around, many responded with a quizzical look. After all, this was a player who ranked 157th last season in strokes gained-putting, and whose banner 2004 season on the greens is looked upon now as an aberration.

But the stats are quickly catching up to the claim. Already leading the Tour in strokes gained-tee-to-green this season, Scott began this week ranked 43rd in putting. And after a 24-putt performance in the opening round, he was an early leader in strokes gained-putting at Bay Hill.

Scott insists that he has put the wins at PGA National and Doral into the rearview mirror, and he spent four days at home last week in the Bahamas without touching a club. This event, he said, marks a fresh start in the final dash that leads to Augusta National.

But his results indicate that the residue from those wins remains. He is imbued with an unmistakable confidence, the kind that can only be derived from defeating a world-class field in successive weeks.

Scott is currently in possession of perhaps the most precious commodity in sports, and – to the detriment of the rest of the field gathered at Bay Hill – he continues to put it to good use.

“It’s good fun when you’re on it,” said Henrik Stenson, who played alongside Scott and matched his opening-round 67. “He’s put a lot of hard work in, and it’s paying off at the moment. He’s playing some great golf, and probably the game feels a little bit easier to him than it sometimes can be.”

Scott has long been one of the most even-keeled players on Tour, an attribute that helped him bounce back from a quadruple bogey and a pair of final-round doubles en route to his last two wins.

Having successfully navigated aberrations like those, a little bit of wobbly ball-striking early on wasn’t even enough reason to even break much of a sweat.

This may be a new week, but Scott is now equipped with a pair of assets as he looks to build upon his newfound winning streak.

“Confidence,” he said, “and calmness.”

Once again atop the leaderboard, he doesn’t appear likely to run out of either anytime soon. 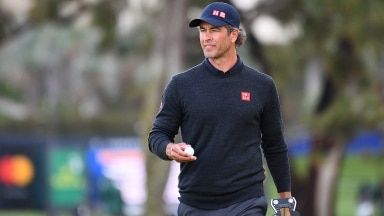