Spieth is in Houston, but with eyes on Augusta 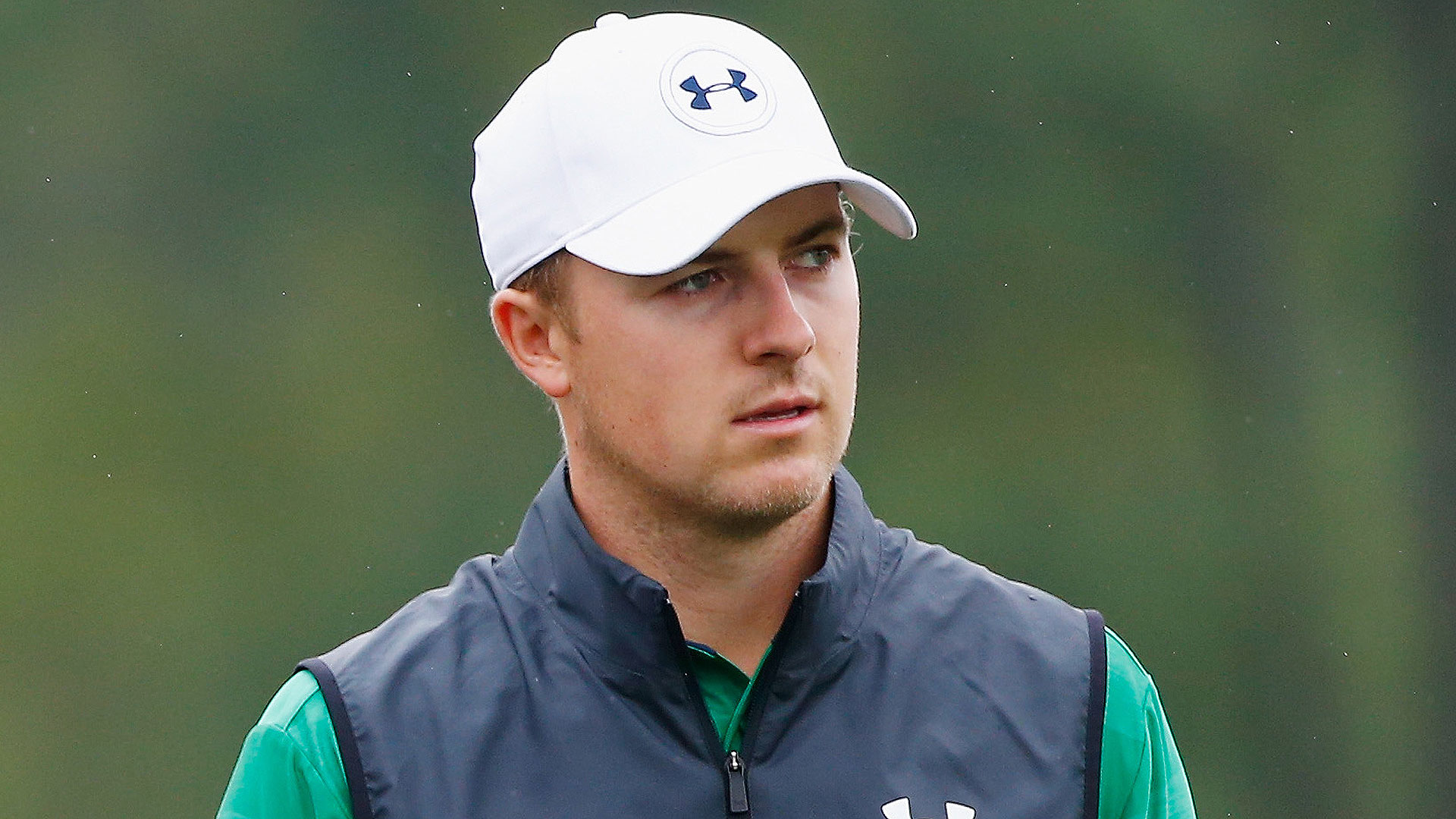 HUMBLE, Texas – The calendar has yet to hit April, but it’s already been a banner year for chalk in golf.

Week in and week out, the best in the game are showing, well, why they’re the best in the game. Players currently ranked inside the top 21 have won on Tour seven of the last eight weeks, and only one player has managed to punch his ticket to the Masters by virtue of a win. (Take a bow, Vaughn Taylor.)

Jordan Spieth kicked off this recent run of top-shelf dominance with his eight-shot romp at Kapalua, a signal that he was eager to pick up right where he left off following an all-everything season.

But in subsequent weeks, Spieth has stalled while other top players around him picked up steam.

Granted, the sky is not exactly falling on the newly minted world No. 2. Spieth’s “drought,” if that term even applies, consists of four top-25 finishes in five starts since leaving Maui. But he was visibly frustrated during rounds at Riviera and Innisbrook, and he was hardly a factor at Doral.

Returning to his college roots last week in Austin, Spieth appeared in command before a poor range session led to an upset loss to Louis Oosthuizen in the Round of 16.

“I just couldn’t grab a shot that I knew I could go to the course with,” he said. “It was just a very off day.”

One year ago, Spieth arrived at the Shell Houston Open brimming with confidence and on a mission. He had won the Valspar Championship and finished second at the Valero Texas Open in his two most recent starts, and he stated his clear goal during a pre-tournament news conference.

“I’m trying to trim the fat this week,” he said at the time. “Trying to find the little straighter ball flight to take into Augusta versus working it quite a bit both ways, then especially nailing down my short game.”

Needless to say, he accomplished what he set out to do. Spieth lost in a playoff to J.B. Holmes, then headed east and promptly laid waste to the field at Augusta National.

It’s a two-step that Spieth would certainly love to repeat. But this time around, there’s some extra gristle left on the bone.

“I need to do a little bit more than just trimming the fat,” Spieth said Wednesday. “Last year my consistency was there. We had just won and finished runner-up, coming in here off better finishes than I am this year.”

Spieth was quick to note that, on the heels of a five-win season, he feels better equipped to perform in the clutch than he did a year ago. And, after some thought, he added that an early-week consult with swing coach Cameron McCormick has his major prep back on track.

“Everything is there,” he said. “It’s right where we want it to be going into the Masters.”

But in listening to Spieth’s self-evaluation, it’s clear that there’s work to be done and, what’s more, he knows it. Things may have been on autopilot 52 weeks ago, but he is forced to take a much more hands-on approach this time.

It marks a bit of a paradigm shift for the 22-year-old, who has essentially been at the center of the golf universe since he first slipped an arm inside the green jacket. Now he is one of a handful of Masters favorites, relegated to the sidelines in recent weeks while Bubba Watson, Adam Scott and Jason Day racked up trophy after trophy.

Spieth noted that this year’s Masters could be one of the most difficult to predict in recent memory, simply because so many top players are performing so well. But if that creates a more muddled upper echelon heading into the season’s first major, that’s fine with the defending champ.

“I don’t really care about spotlight or not,” Spieth said. “We go and do our thing that week. Hopefully we’re the ones that are in contention, and we’re the most recent winners of it. We’ve got it fresh in our mind. Hopefully it’s an advantage.”

As the Masters approaches with increasing speed, the time for finding one’s game has passed. Momentum, however, can still be harnessed, and it can sometimes make all the difference under the crucible of major championship pressure.

Charl Schwartzel knows all about winning at Augusta National, but he’s enjoying a recent boost from his playoff win at Innisbrook, his first on the PGA Tour since his major breakthrough.

“You feel your game is good enough to win, but to know it’s good enough is a different thing,” Schwartzel said. “Just having that win makes you believe more.”

For Spieth, the emphasis isn’t necessarily on winning – it’s simply being near the lead, as evidenced by last year’s results. Contending breeds confidence, and it leads to invaluable opportunities to execute under pressure.

“It’s just a matter now of hitting nerve-racking shots and putts before that week, which means I’ve got to get myself into contention this week,” he said.

Spieth is hardly alone in mapping out his early-season schedule with an eye on Augusta. He could also miss the cut this week and still find a way to successfully defend his title next week.

But for Spieth, the plan has always been to peak for what he views as the biggest event of the year. While he’s not quite there by his own admission, he has one more opportunity this week to make up some ground.

The Masters may be on the horizon, but right now it’s time for Spieth to go to work in Houston.

“There’s a lot I need to do this week to better prepare for the Masters and feel that I have the confidence to win,” he said. “I just need a little more consistency.”