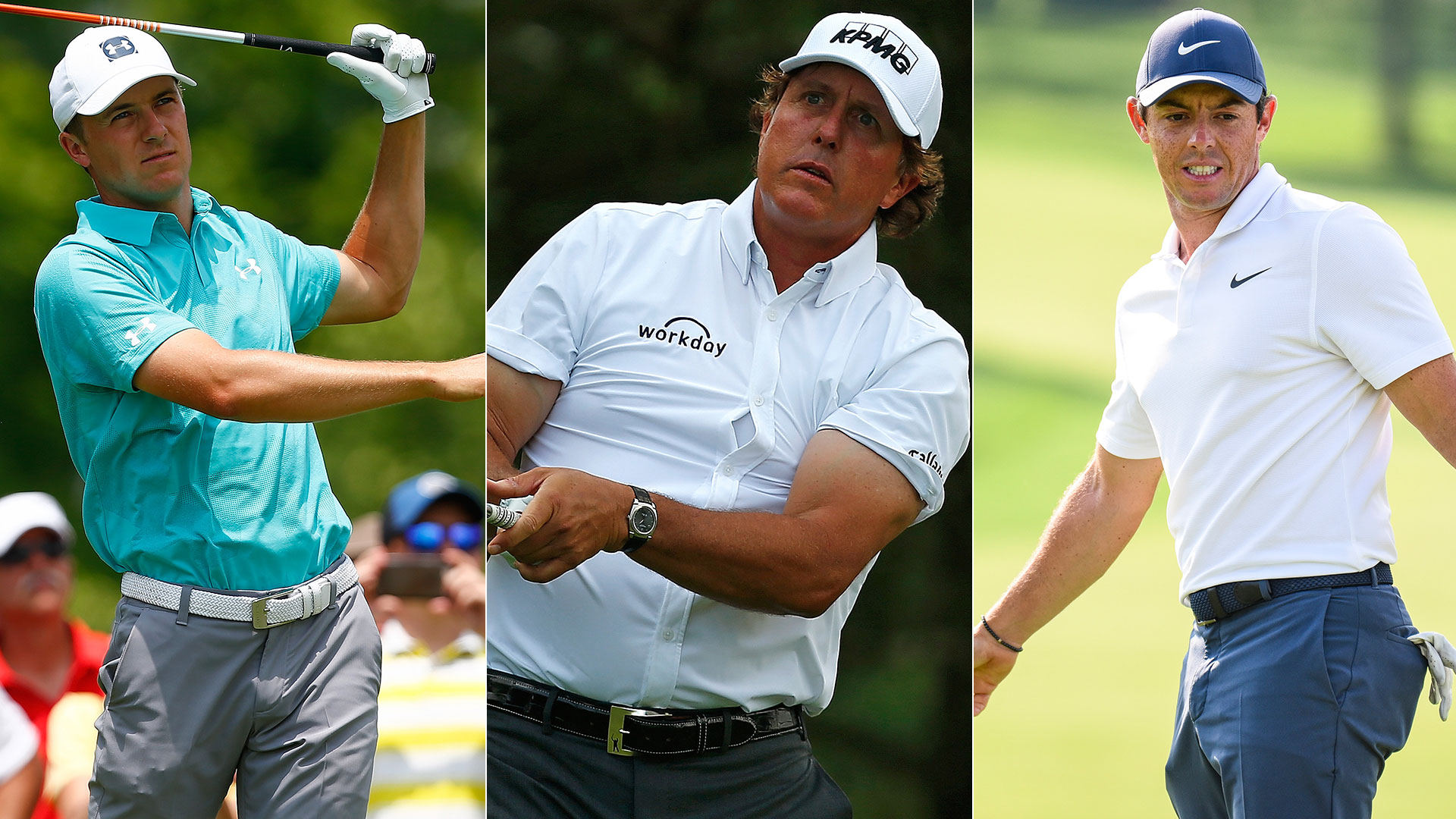 DUBLIN, Ohio – There are plenty of vintage touches that serve as window dressing at the Memorial Tournament, an ode to a simpler time at the home of the game’s most decorated champion.

Chief among them are the manual scoreboards. In the information age with most fans whipping out their phones to document every shot, you won’t see LED displays lining the fairways at Muirfield Village. Much like at Augusta National, everything is done by hand – from the yawning white display next to the 18th green to the wall in front of the media center, each name and score carefully adjusted one letter and number at a time.

But even without a plug anywhere to be seen, there was no mistaking a serious power outage near the top of the leaderboard during the opening round.

A number of factors tend to produce a strong field at Jack’s Place, and this year is no different – from a demanding layout to a revered tournament host to a spot on the schedule that allows this event to serve as final U.S. Open prep for many big names. Eight of the top 10 in the world showed up, including four of the top five, and there is no shortage of head-turning names on the tee sheet even with only 120 players in the field.

But while there were plenty of birdies to be had on a soft layout, the big guns by and large misfired. The top six players in the field combined to shoot 4 over in the opening round, with only world No. 8 Jason Day (68) and No. 10 Hideki Matsuyama (65) doing their part to represent the top-ranked contingent.

Perhaps Rory McIlroy was on to something when he suggested earlier in the week that the PGA Tour sometimes does a disservice to its brightest stars by putting them together in marquee, early-round groupings.

“It’s tough, this golf course,” said world No. 2 Dustin Johnson, who trails by seven after an even-par 72. “The fairways are generous, but with the wind blowing the way it is today, it’s tough to hit the fairways.”

While the best scores were had in the morning wave when the breeze was barely above a whisper and balls were launching through the humid air, one-name stars had issues on both sides of their wave.

McIlroy rinsed two shots en route to a 74. Phil Mickelson imploded after a hot start, fading from 4 under to 2 over, but that was still one better than Jordan Spieth.

Even five-time champ Tiger Woods needed a rally just to scramble back to even par after stumbling out of the gates alongside Justin Rose (71) and defending champ Jason Dufner (75).

“It was a guessing game,” added Bubba Watson, who shot a 1-under 71 in a high-powered grouping with Mickelson and Spieth. “You had wind swirling, you felt like it was swirling. You thought it was down wind but it wasn’t. So there were a few shots where you had to just kind of play a lot safer than you wanted to because of those conditions.”

While there were plenty of cheers throughout the day for “Tiger,” “Jordan,” “Rory” and “Phil,” the top of the standings bear a far different look outside of 2015 winner Matsuyama. It’s Abraham, as in Ancer, and Joaquin, as in Niemann. Throw in fourth-place Beau Hossler and it’s a collection of names that might leave the casual fan scratching their head.

Of the 15 players who opened with 68 or better, only five have won more than once on Tour, while another five are still looking for trophy No. 1. Not exactly the expected outcome from a top-heavy field, but also one that shows the razor-thin margin between headline star and those lurking just off the pace each week on Tour.

Inevitably the manual scores next to some of the big names will flip from black to red during the second round with more soft conditions expected, while Muirfield Village will surely frustrate others en route to an early exit.

But on a day that largely didn’t go according to plan, many of the best in the game were served a dose of humility while some of their lesser-known peers left them in the dust.