Tiger-Perez dust-up is why some pros stay quiet 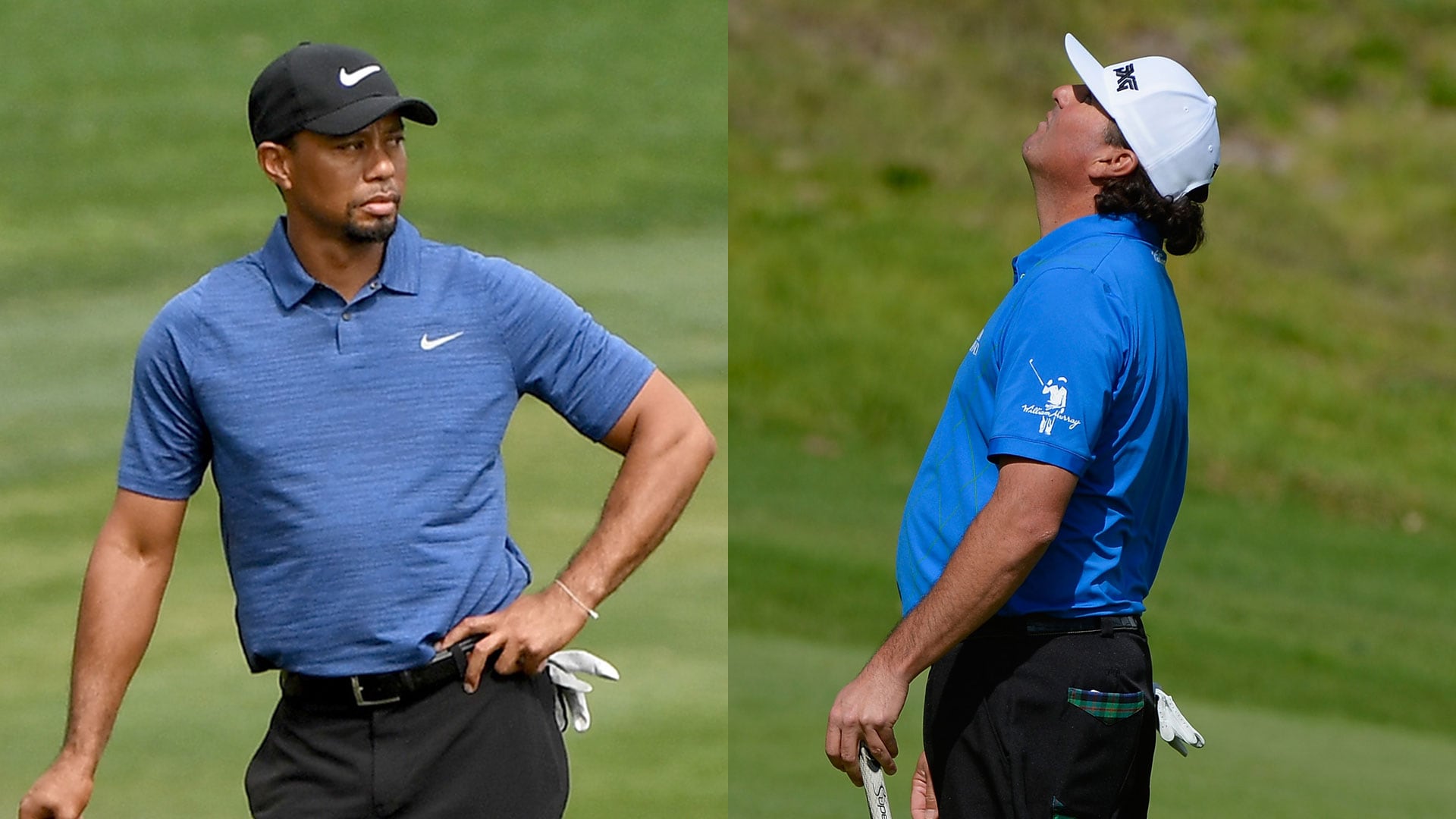 PALM BEACH GARDENS, Fla. – Walk past the scoring area or across the range at PGA National, and you’ll hear the usual discussion fodder. Guys catching up, swapping stories, and sharing travel plans.

But this week, there’s also the specter of two professionals not even in the field who have managed to spark a fair amount of chatter.

Pat Perez spoke at length about the injured Tiger Woods during his radio show Tuesday evening, but the story didn’t gain traction until the opening round of the Honda Classic was well underway. It remained in the spotlight the following day, as Perez continued to seek opportunities to clarify his on-air remarks.

There are several nuanced variables related to those specific comments, notable among them the notion that Perez may have used an inappropriate tone to share an otherwise acceptable opinion. But there is no getting around the fact that Perez has faced an avalanche of criticism in the days since, culminating with his Instagram post that claimed his comments were taken out of context.

Granted, some of those critics sped past the part of his rant where he lauded Woods’ accomplishments, and others pointed to Perez’s own playing record as if to disqualify him from holding – or sharing – an opinion.

It’s a story whose whispers were felt through the halls at PGA National, and yet another reminder for players that, in an age where controversy is sometimes just a tweet away, lending voice to a personal view can sometimes do more harm than good.

“When you say certain things, I think you’ve got to figure out if you’re saying something to create controversy, or are you saying something that is actually a great point that no one’s ever made before,” said Billy Horschel. “I think you run the risk sometimes of saying something just to be heard. I think people don’t like that, and they criticize you for that.”

Horschel is not one to shy away from sharing an opinion, and he faced his own barrage of scrutiny for his critique of course conditions during the 2015 U.S. Open at Chambers Bay. Horschel said he knew at the time that his comments would create some blowback, and he prepared accordingly.

“I felt like I needed to stand up and say something, and that’s why I said what I said,” he said. “I think it comes with the territory. When you’re in the public eye, you have to understand that people are going to criticize you. They’re going to think certain things you do are wrong or right, and you’re not going to win everyone over.”

Brendan Steele admitted to discussing the Perez-Woods situation with his playing partners during the second round at Honda, and he believes that Tour players are often viewed through a different lens than those in other sports.

That “nature” stems from a collection of individual contractors who realize the success of one leads to the success of all. Bigger superstars make for bigger stages and larger purses, a reality never more evident than in the last 20 years, when Woods put the sport on his back and lifted it to unprecedented heights.

It all creates a unique dynamic where players will critique course setup or organizational decisions, but will rarely step out and discuss a peer like Perez did earlier in the week.

“I definitely don’t share any opinions or thoughts about other players. I don’t think that’s ever really a smart thing to do other than just really positive things,” Steele said. “The USGA I will smash anytime I want, because I feel that’s my right. But that’s really the only time you can get a true, true opinion out of me.”

Boo Weekley unleashed his outspoken southern twang two years ago in criticizing the Tour’s wraparound schedule, but like Steele he stops short when it comes to friendly fire.

“I don’t talk about players,” Weekley said. “Ain’t none of my business what they do. If they wanna act stupid, let them act stupid. That’s their business.”

Perhaps that’s the line, then, where Perez stepped out of bounds with his comments. But the sensitivity level of society as a whole is ratcheting up, not down, and what once passed as a suitable opinion may someday soon be viewed as over the edge.

After all, Rory McIlroy felt compelled to tweet a note Friday afternoon, as the Perez firestorm raged on, simply to explain that the act of playing a round of golf with the president was not part of a larger political statement.

These can be tricky times for athletes in the public eye, and the mores guiding what is acceptable are ever-changing. It creates a situation where players who aren’t ready to defend each tweet or take may be better served to keep them to themselves.