Woods adds to highlight reel with 65 at Sawgrass 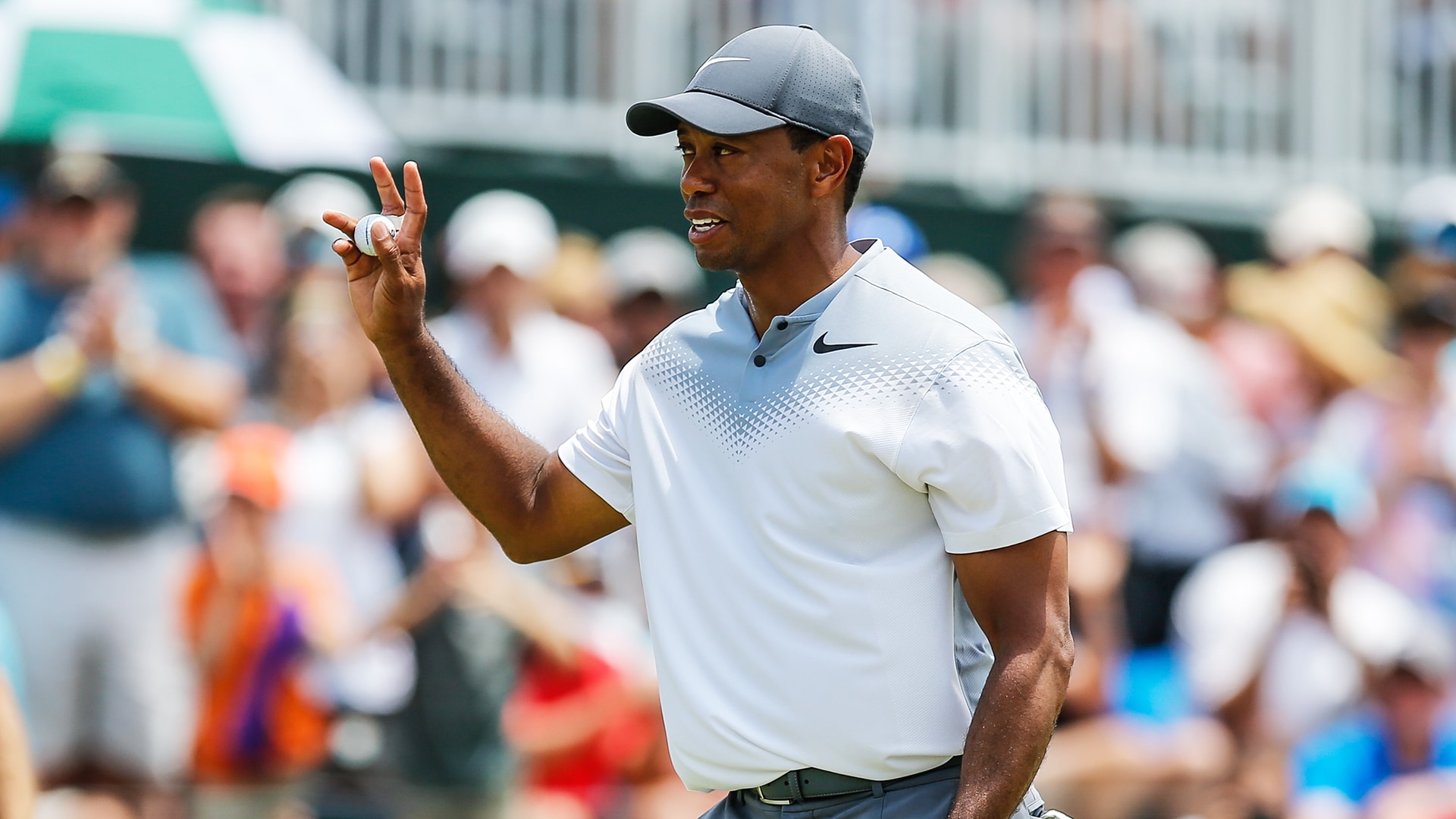 PONTE VEDRA BEACH, Fla. – For a little over an hour Friday afternoon, Tiger Woods’ return to The Players Championship seemed like a failure.

His first two trips around the Stadium Course looked eerily similar to his mediocre performance from the week prior at the Wells Fargo Championship. Woods’ laments about missed opportunities, errant irons and an inability to convert on the greens may as well have been plucked from the Quail Hollow transcripts.

As his 36-hole score bounced around on both sides of the cut line late Friday afternoon, long after Woods left the premises in a tinted courtesy car, whatever pre-Masters momentum he accrued at the other three PGA Tour stops in Florida seemed like a distant memory.

But the scores eventually bounced Woods’ way, and granted him both a reprieve and a third-round tee time. He then wasted little time in marking another step of progress on a comeback journey that now has a new chapter of highlights.

From the very first shot of the day, Woods displayed a level of controlled confidence that hasn’t been seen since he fired a drive into someone’s back yard during the final round of the Arnold Palmer Invitational. Tee shots posed no threat; iron shots cut and drew at his will; putts that for the last 10 days have misfired finally found their mark.

“Eventually I was going to put all the pieces together,” Woods said. “Today, for the most part, I did that.”

It added up to a 7-under 65, cutting a 14-shot deficit momentarily in half and vaulting Woods into a tie for eighth when he tapped in for par on his final hole. The effort kicked off a number of “first since” accolades: best score of the season, first 65 on Tour in nearly three years and his lowest score to par since his most recent victory at the 2013 WGC-Bridgestone Invitational.

“He had control of his golf ball,” said playing partner Mackenzie Hughes. “His putting kind of speaks for itself, but from the 10- to 20-foot range, he was just so solid and rolled in some really nice putts today.”

Despite a round that briefly threatened the course record, Woods won’t win his third Players title this week after digging an insurmountable hole with pedestrian scores over his first two rounds. But the theme for Woods this year hasn’t been about any single tournament, but rather his phoenix-like return when many believed his playing career might have effectively ended with back surgery last spring.

To that end, there’s plenty to glean from his performance Saturday that sent the Stadium Course crowds into a tizzy, even if it ultimately will have little bearing on the final leaderboard or who lifts the trophy come Sunday night.

“As I’ve told you guys this week, I’ve got my playing feels back and it’s just a matter of playing and executing and putting shots together,” Woods said. “It was nice. I made some putts today, and that was basically the difference.”

There’s no formula or checklist for cobbling together a victory, even when you have 79 to your credit. But surely one marker for Woods’ long-term hopes was his ability to finally go low – really low – when favorable conditions and a cooperative game finally converged.

Because for as much as Woods can rationalize his ability to successfully sweat two straight cuts on difficult tracks, to gradually build up his reps and his feels with middling results against stellar fields, these are the types of performances that can leave a lasting impression on a player’s psyche. Look no further than tournament leader Webb Simpson, who nearly had an out-of-body experience while distancing himself from the pack as Woods’ weekend fate hung in the balance late Friday afternoon.

“I think golf as a whole and sports as a whole, confidence is so big, and it can change the way you think. And I think even more so maybe with putting,” Simpson said. “I’ve started to believe again that I’m a great putter, and it had been a long time since I really felt that and believed it.”

What Woods does with this particular effort, what goodwill he can accrue from a round when he finished nearly two hours before the tournament leaders began, remains to be seen. But after struggling to keep his head above water for much of the past few weeks, he received another dose of tangible proof that lasting success is sometimes only one round away.

Weeks, maybe months from now Woods will likely play his way into contention with a trophy on the line. And when he does, that vault-like memory of his won’t have to drift back to 2000, or 2008, or even 2013 for inspiration.

He’ll be able to look back on a steamy trip around the Stadium Course that almost didn’t happen, a day when the putts finally fell in bunches, as the latest example that an often-maddening game can sometimes seem easy.

“I hit a lot of good shots today,” Woods said. “I hit a lot of, overall the whole day, a lot of quality shots and 65 was probably as high as I could have shot today, which was nice.”