Rose: T-2 finish renewed my love of The Open 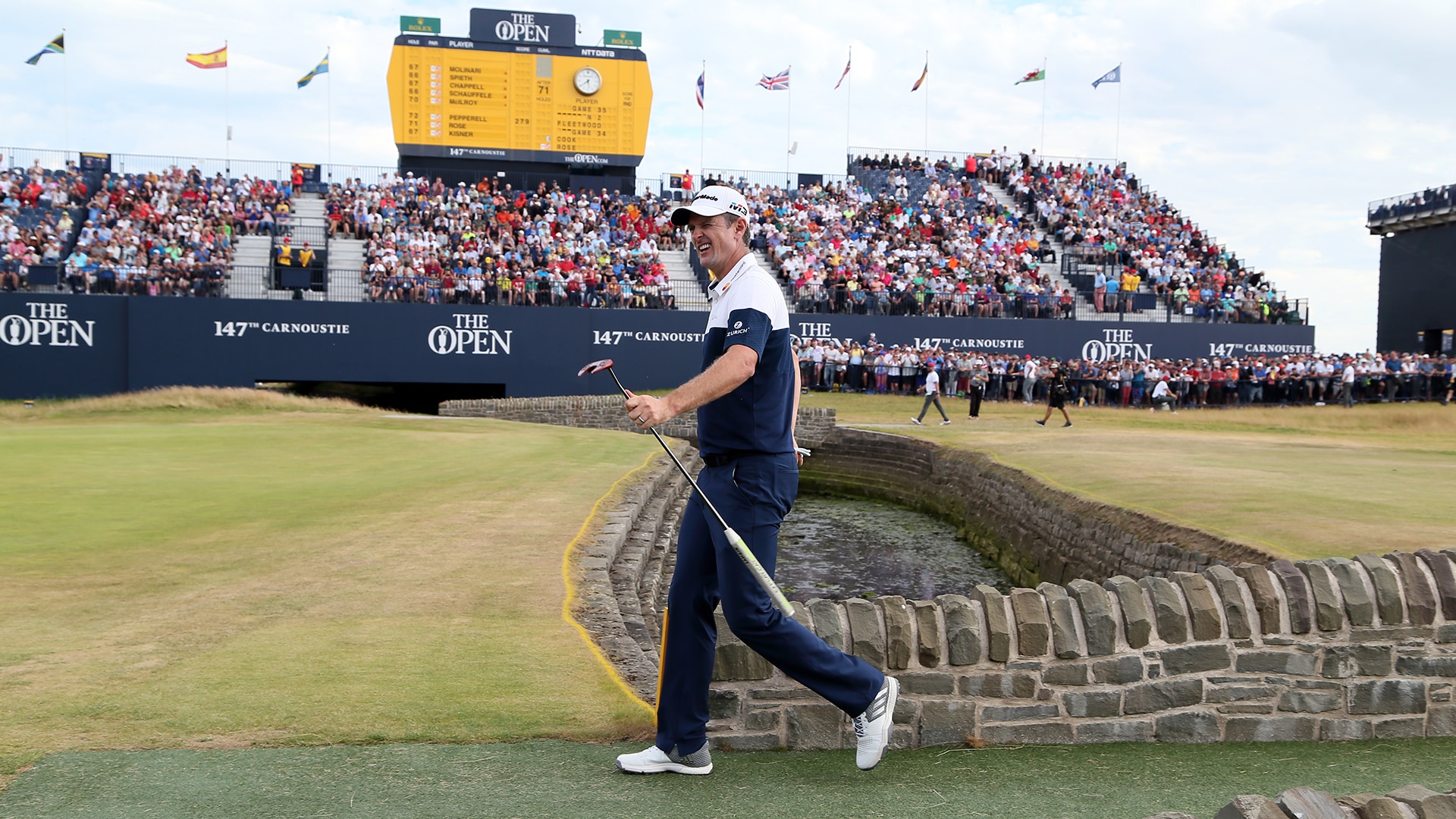 CARNOUSTIE, Scotland – Justin Rose made the cut on the number at The Open and was out for an early Saturday morning stroll at Carnoustie when, all of a sudden, he started putting together one great shot after another.

There was no pressure. No one had expected anything from someone so far off the lead. Yet Rose shot 30 on the final nine holes to turn in 7-under 64, the lowest round of the championship. By day’s end he was five shots behind a trio of leaders that included Jordan Spieth.

Rose followed the 64 with a Sunday 69 to tie for second place, two shots behind winner Francesco Molinari. His 133 total over the weekend was the lowest by a shot, and for a moment he thought he had a chance to hoist the claret jug, until Molinari put on a ball-striking clinic down the stretch with birdies on 14 and 18.

“I just think having made the cut number, it’s a great effort to be relevant on the leaderboard on Sunday,” said Rose, who collected his third-career runner-up in a major. He’s also finished 12th or better in all three majors this year.

In the final round, Rose was well off the pace until his second shot on the par-5 14th hole hit the pin. He had a tap-in eagle to move to 5 under. Birdie at the last moved him to 6 under and made him the clubhouse leader for a few moments.

“It just proves to me that I can play well in this tournament, that I can win The Open,” Rose said. “When I’m in the hunt, I enjoy it. I play my best golf. I don’t back away.

“That was a real positive for me, and it renewed the love of The Open for me.”