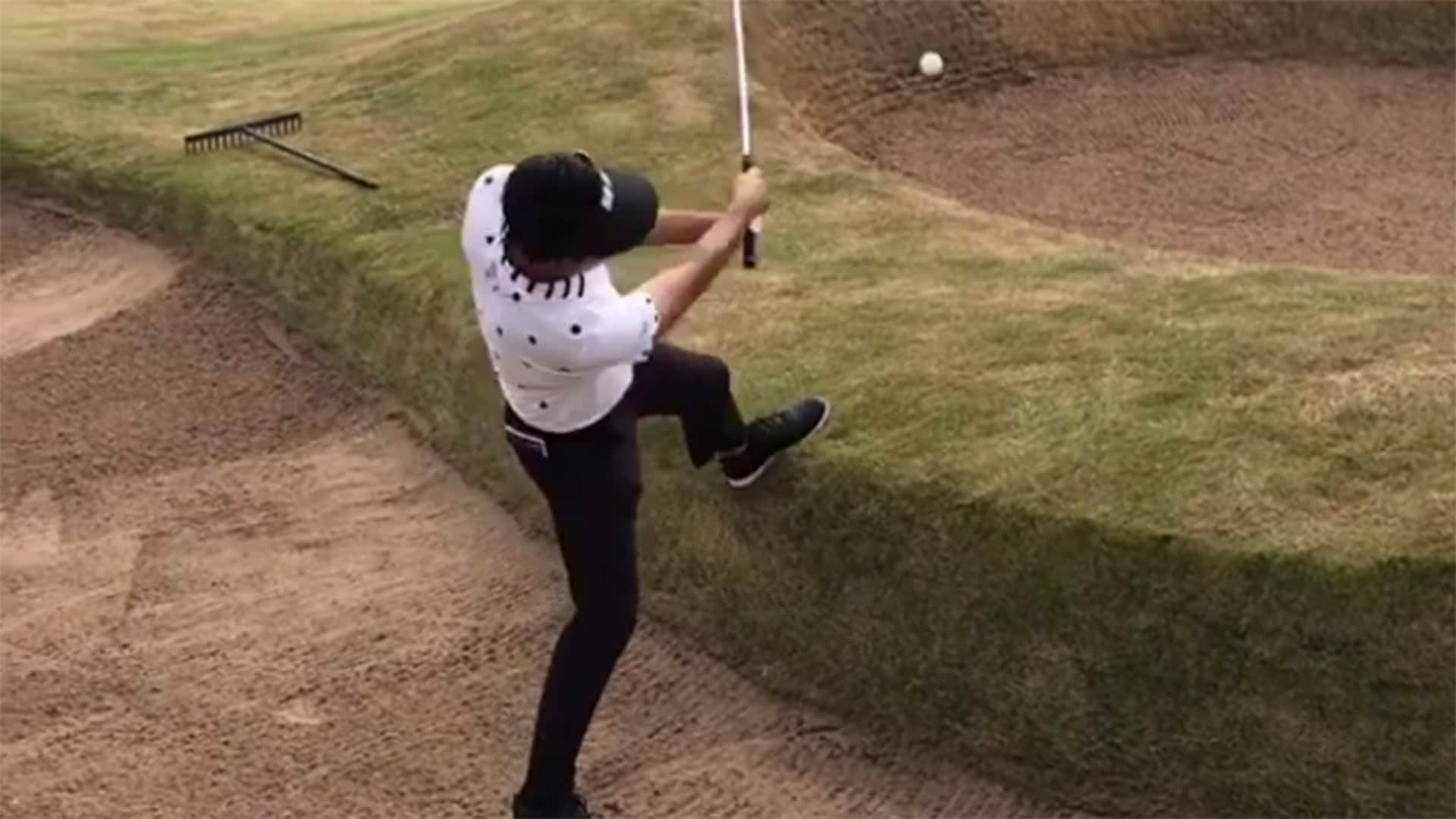 Fresh off his victory at The Greenbrier, Kevin Na is taking a quite-literally-backwards approach to his Open prep.

Caddie Kenny Harms has been sharing videos of Na's early work at Carnoustie.

This one shows Na standing in a bunker and playing a flop shot over his own head (as opposed to someone else's):

While it's unlikely he'll have a need for that exact shot this week, it's far more likely a player may have to think about turning his club over and playing from the wrong side of the ball, like so:

Na has made 4 of 6 cuts at The Open and will look to improve on his best career finish, currently a T-22 in 2016 at Royal Troon.