McIlroy 'committed to everything ... ran out of holes' 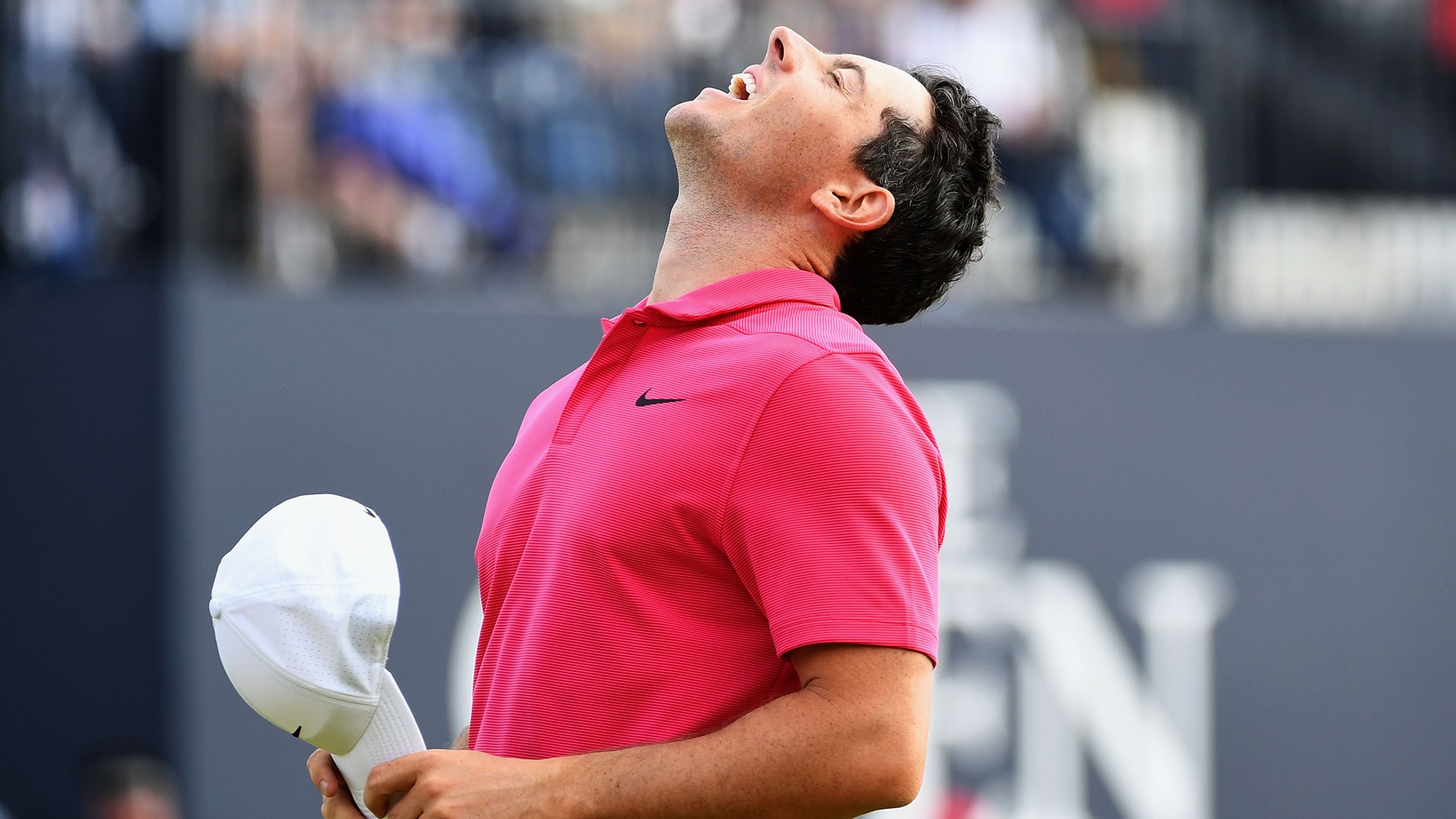 McIlroy, in search of his fifth major, tied for the lead at The Open late on Sunday at Carnoustie when he made eagle on the par-5 14th hole. An hour later, he had made five consecutive pars to close out a 1-under 70 and tie for second place with Justin Rose, Kevin Kisner and Xander Schauffele.

That group ended two shots behind winner Francesco Molinari. McIlroy thought it was realistic to squeeze one more shot out of his round, but he never though it was possible to squeeze out two.

McIlroy hasn’t played poorly this year, but this hasn't been a year that would rank as a total success. He took the Arnold Palmer Invitational in March and collected a second-place finish at the BMW PGA Championship. He had a legitimate chance to win the Masters before a terrible Sunday round, and then missed the cut at the U.S. Open last month at Shinnecock Hills.

Sunday at Carnoustie, McIlroy bogeyed two of his first five holes and quickly became an afterthought. When others faltered, McIlroy birdies Nos. 9 and 11, then eagled 14 to vault back into the picture.

“I’m happy with how I played,” he said. “I didn’t get off to a great start, but I hung in there, and I battled back.

“So I’ll look back at this week and be very encouraged about what I’ve done and the golf that I played. I feel like that will stand me in good stead for what’s coming up.”

McIlroy is scheduled to play the WGC-Bridgestone Invitational in two weeks, followed by the PGA Championship and the FedExCup Playoffs.