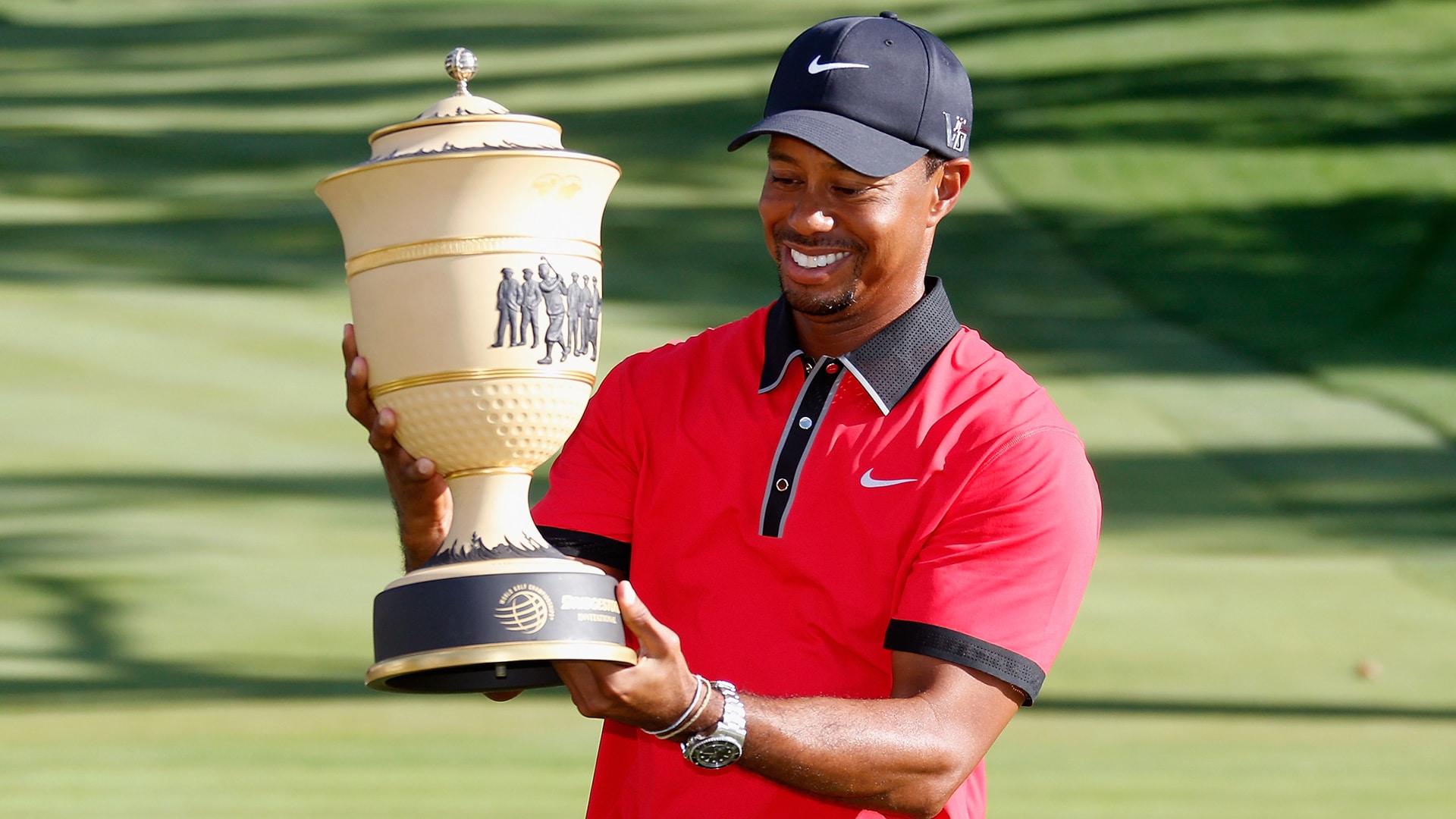 After narrowly missing out on a 15th major title at Carnoustie, Tiger Woods can take solace in the fact that he earned a return to Firestone Country Club by the thinnest of margins.

Woods was ranked No. 71 in the world entering The Open, and the top 50 in the rankings on both July 23 and July 30 will earn invites to the upcoming WGC-Bridgestone Invitational. Despite missing a short birdie putt on the 72nd hole, Woods' three-way tie for sixth was enough to lift him to exactly 50th in the updated rankings.

It means that Woods will return to Akron in two weeks despite starting the year ranked No. 656. Firestone's South Course is the site of eight of Woods' 79 career PGA Tour victories, including his most recent worldwide victory back in 2013 when he won by seven shots. He has not played the invitation-only event since withdrawing in 2014 because of injury.

That's also the last time that Woods played in any of the four WGC events.

Woods had stated for several weeks that he hoped to return to Firestone this summer, given that the tournament will permanently shift to TPC Southwind in Memphis beginning next year. While he had the option to play next week's RBC Canadian Open to bolster his world ranking, Woods reiterated in recent weeks that his status for Akron would simply hinge on his performance in The Open.

"One of my goals is to get into Akron one last time before we leave there," Woods said at The Players Championship in May. "I've won there eight times and I'd love to get there with one more chance."

Speaking to reporters after a final-round 71, Woods explained that he thought he needed a top-4 finish to qualify and had fallen short. Instead, his 5-under total and best finish in a major since the 2013 Open at Muirfield proved to be just enough.

Woods will now take a week off before teeing it up in Akron Aug. 2-5, followed by an appearance the following week at the PGA Championship at Bellerive Country Club in St. Louis.