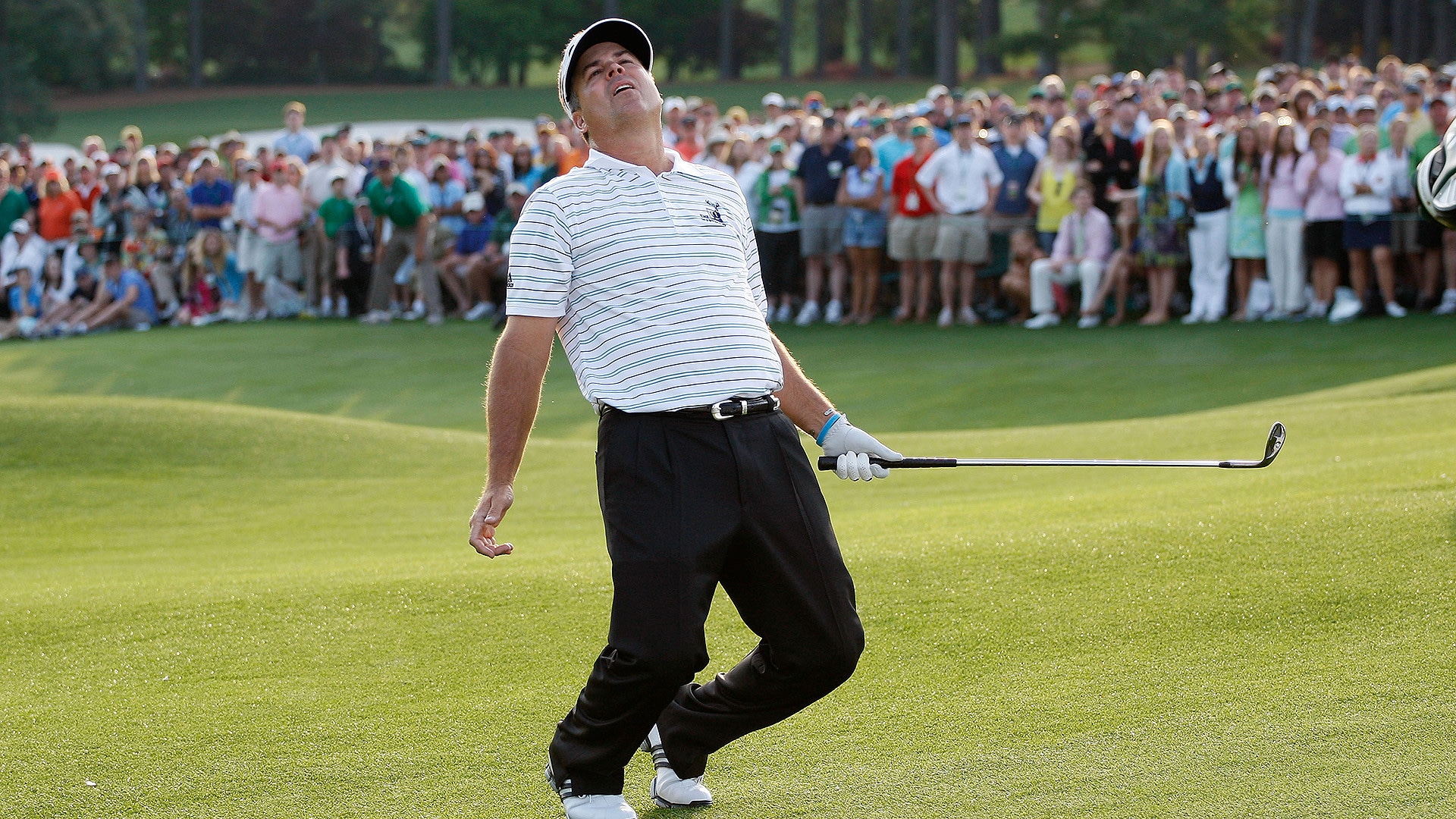 AUGUSTA, Ga. – Justin Thomas has plenty of Masters memories, and is ready to add some more to the mix this week at Augusta National.

Tiger Woods was always Thomas’ favorite player while growing up in Kentucky. He was getting serious about golf when he was 8 years old and, as he describes it, Tiger “was winning about every other tournament he played in.”

“His Masters moments here are pretty endless, so you can kind of pick and choose one, but the chip in (on the par-3 16th in 2005) is definitely the one that I would say that sits with everybody,” Thomas said.

But there was another memory that sticks with Thomas from his childhood, even though it’s one that he wishes would’ve turned out differently.

In 2009, fellow Kentuckian Kenny Perry held a two-shot lead with two holes remaining on Sunday. Thomas said that Perry has always been supportive of his career and even keeps in contact with Thomas today and sends him text messages when he plays well.

But on this day nine years ago, Perry bogeyed the final two holes to back into a playoff against Chad Campbell and Angel Cabrera. Perry made bogey on the second sudden-death playoff hole and handed the victory to Cabrera.

On that day a young Thomas was returning from an amateur event in Florida.

“We happened to get on the plane as the playoff was starting,” Thomas recalled. “So we took off not knowing what happened, and I remember we landed and found out that he didn’t win. My mom and I were heartbroken.”