Spieth shrugs off his worst final round in a major 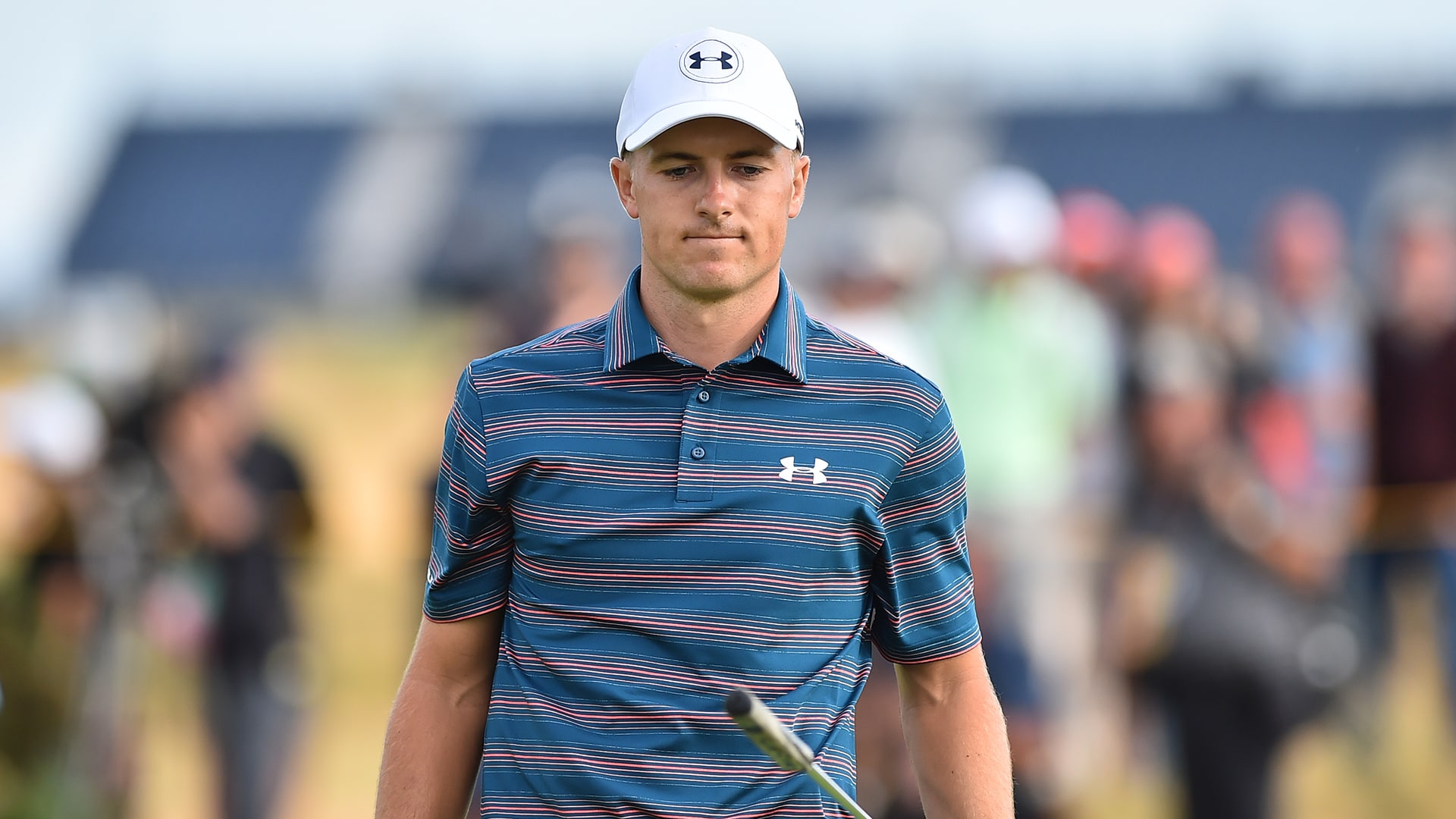 CARNOUSTIE, Scotland – Jordan Spieth was the 54-hole co-leader of The Open. He was looking for his fourth career major and second consecutive claret jug. He also has been in the biggest victory drought of his career, extending back to last year at Royal Birkdale.

Spieth shot 5-over 76 - his worst final round in a major - failed to make a birdie - the first time he's failed to pick up any strokes in a major - and tied for ninth place, four shots behind Francesco Molinari. He got over it quickly.

“I’ve already gone through the frustration,” Spieth said, about 20 minutes after his round. “I’m kind of on acceptance now.”

Spieth said all week that he was burned out after having played so much golf in a stretch that ended two weeks ago at the Travelers Championship. The two-week rest did him good and he was eager to see where his game was after diligent practice at home in Texas.

Being in the hunt was a good enough result for Spieth this week.

Bogey on the fifth hole was followed by a nasty double bogey on the sixth when Spieth hit his drive right and flew his second shot into a gorse bush well short and right of the green. He took a drop, hit a wedge onto the green, then three-putted for double-bogey 7. He also made bogey on the 15th and 17th holes.

Some major disappointment stings more than others. This wasn’t one that Spieth was going to worry about. In fact, he’s more interested in looking forward to an important stretch that includes a WGC event, a major and a playoff run on the PGA Tour.

“My (putting) stroke is there, it’s back, which feels awesome,” Spieth said. “My game all together is back. I’ve had different parts of every single part of my game being at kind of a low point in my career, not all at the same time, but enough to where I haven’t really been able to compete. It’s all there, and it’s moving in the right direction.”