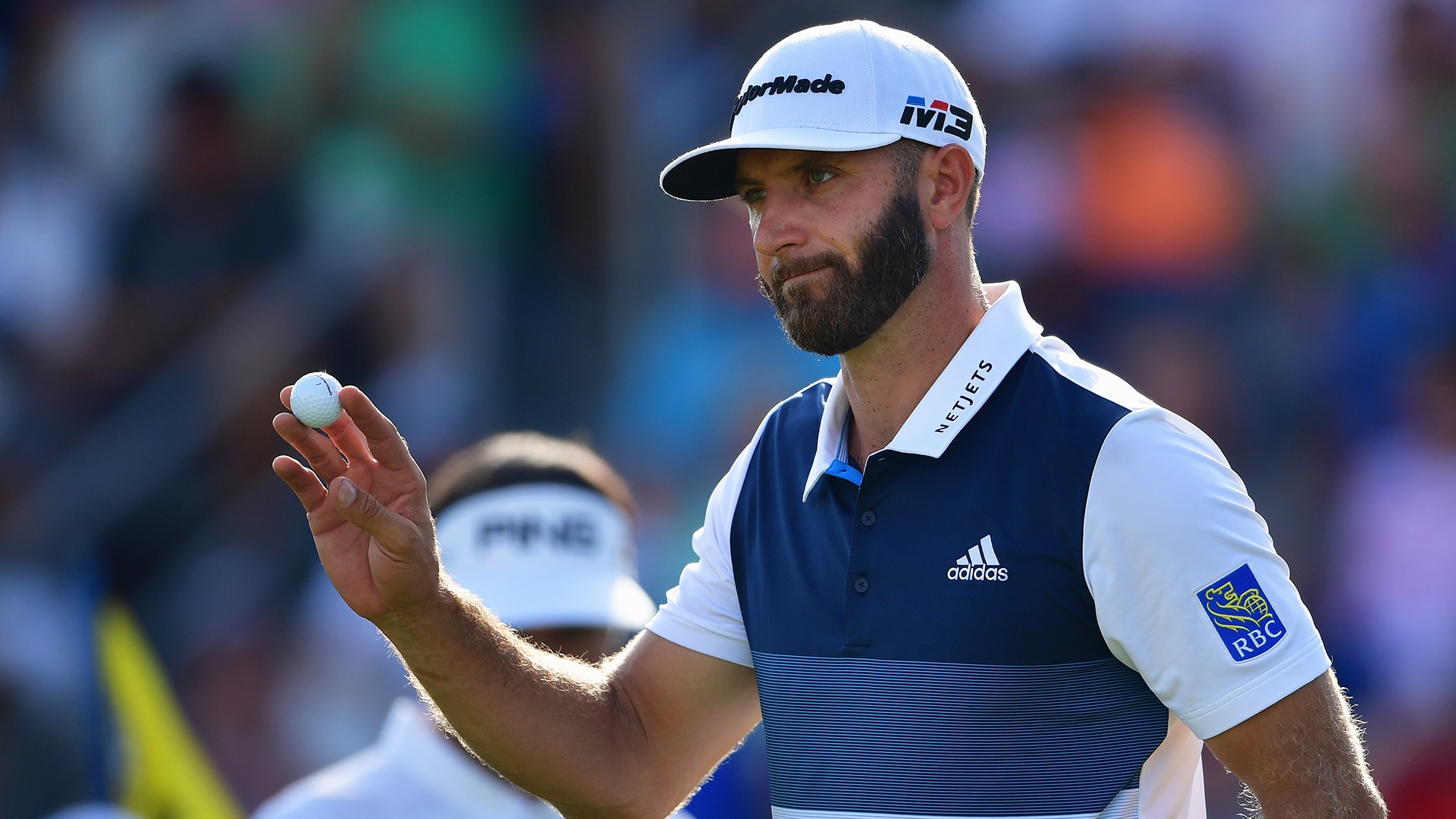 And for a lengthy stretch Thursday, it was.

The world No. 1 ripped off six birdies in an eight-hole stretch from Nos. 6-13 to reach 5 under par and, for a few minutes, a share of the lead.

But two errant tee balls cost him late in his round. Johnson missed wide right at the par-4 14th and was unable to find the putting surface; a 15-footer for par wouldn't go. He missed again to the right at the 600-yard, par-5 17th, when his drive found the creek that runs the length of the hole; he managed to leave himself just 8 feet for par, but that wouldn't drop either.

Three bogeys and six birdies netted a 3-under 67.

"I hit a few fairways, but I didn't hit as many as I needed to if I wanted to shoot a low score," said Johnson, who leads the Tour in strokes gained: off the tee. "Coming home, that was really the key.

"Missed the fairway on [14], made bogey. I had a good look for par. And then same on 17, I hit it in the creek. But I'd still given myself a really good chance at making a par there. It was just poor tee shots coming home."

Nonetheless, Johnson once again finds himself in the hunt at a major, three off the pace set late in the day by another big hitter, Gary Woodland.

The 2016 U.S. Open champ seems very aware of what he needs to do if he wants to capture major No. 2 this week.

"Just getting in the fairway," he said. "They're generous, but you have to hit the fairways, or you're going to really struggle."