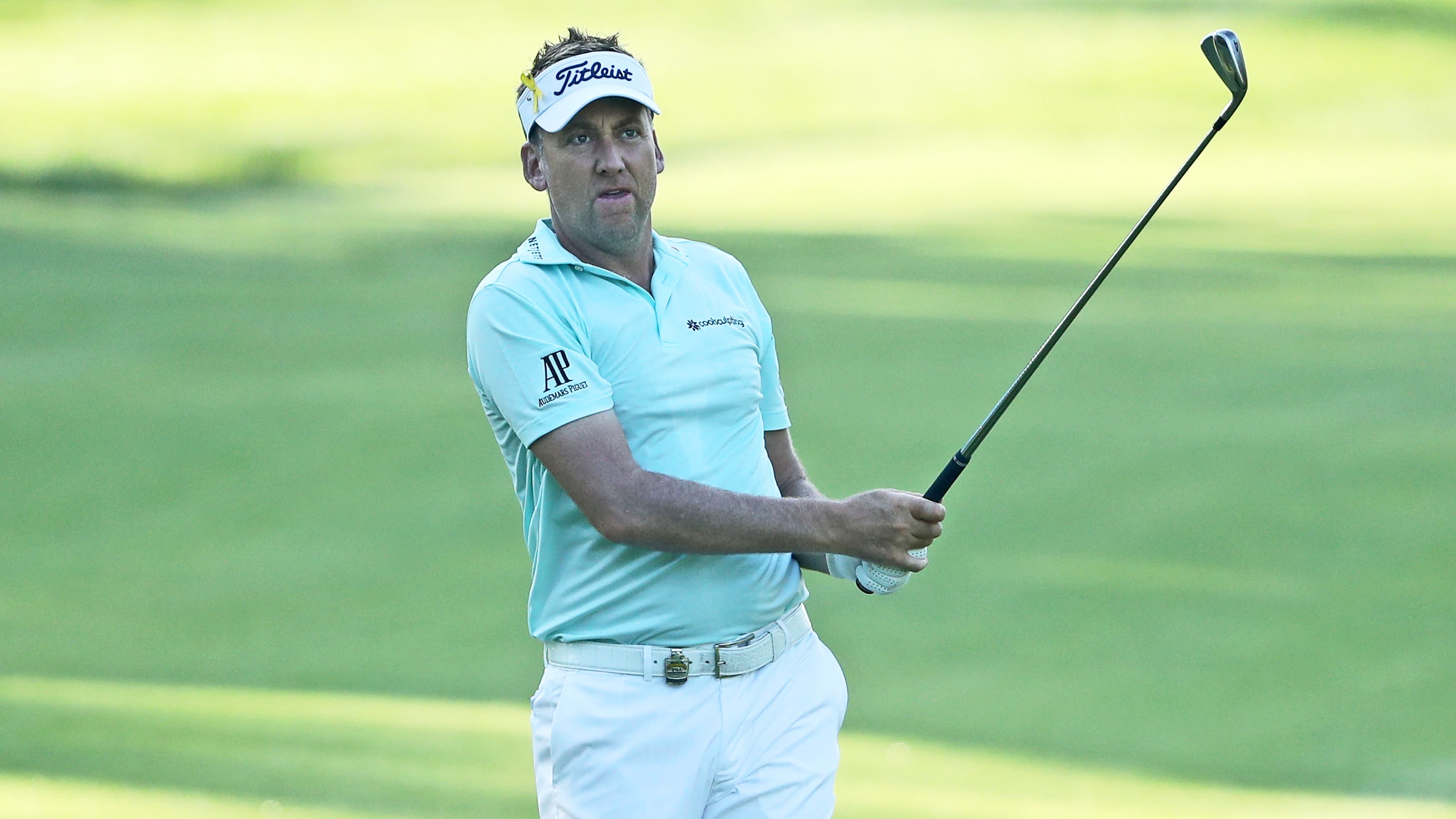 ST. LOUIS – As Ian Poulter proved on Day 1 at the PGA Championship - and as multiple players have been quick to point out - there's little local knowledge to be learned at Bellerive.

The golf course is right in front of you, and you're either going to hit the fairway, or you're going to make your life difficult. There's little else to understand.

Poulter didn't even arrive in St. Louis until Wednesday. He played nine holes and walked the other nine at Bellerive before the start of the tournament. Now, after 18 holes of tournament play and a 3-under-par 67, he's just two shots off the early lead held by his playing partner Rickie Fowler.

A busy summer, family travel and a dodgy early-week forecast at the PGA all contributed to Poulter's decision to roll in fasionably late.

"I saw the weather forecast on Saturday for Monday and Tuesday - heat wave coming through," he began. "It's going to be 97 degrees Monday. I don't normally play golf on Mondays anyway.

"And then I saw the storm possibilities on Tuesday, and Katie and the kids were arriving home 5 o'clock on Tuesday afternoon. So for me it made sense to go home. I hadn't been home since the 20th of May. So it was good to get back, have a rest, unpack, fill the fridge full of food, and get a couple of nights sleep in my own bed and come up early Wednesday morning."

The Poulter family spent the summer at their home in England, but Ian himself is playing his fifth straight event, going from Gullane to Carnoustie to Glen Abbey to Firestone and now to Bellerive.

And he's played reasonably well over that stretch - coming here off a T-12 and a T-10 after a missed cut at The Open - so rest and the refrigerator made a little more sense than a little more golf.

"Five in a row is about max," he conceded. "Five in a row is almost pushing it, especially in the heat. ... But when I'm playing the way I'm playing, swinging the way I'm swinging, there's no real range work required. So all it is is familiarizing myself with the golf course. I felt like one round would have been enough from what everyone had said that had come here and played. So I took that opportunity."

The 42-year-old is fighting to earn his way onto the European Ryder Cup team for a sixth time after missing out on Hazeltine in 2016 while injured. A potential (even likely) captain's pick considering his history, he's currently sixth on Europe's world points list, with the top four and another four off the European points list automatically qualifying.

Qualifying events for the European side conclude Sept. 2 after the conclusion of the European Tour's Made in Denmark and in the middle of the FedExCup Playoff's Dell Technologies Championship. Thomas Bjorn will be making his four captain's picks Sept. 5.

"I'm trying not to think it, but I know it's there," Poulter said. "I'm close enough now where one good week in the next two weeks can push me in. So I'm close. It's on my mind. I want to be there in Paris. So hopefully we can make it."