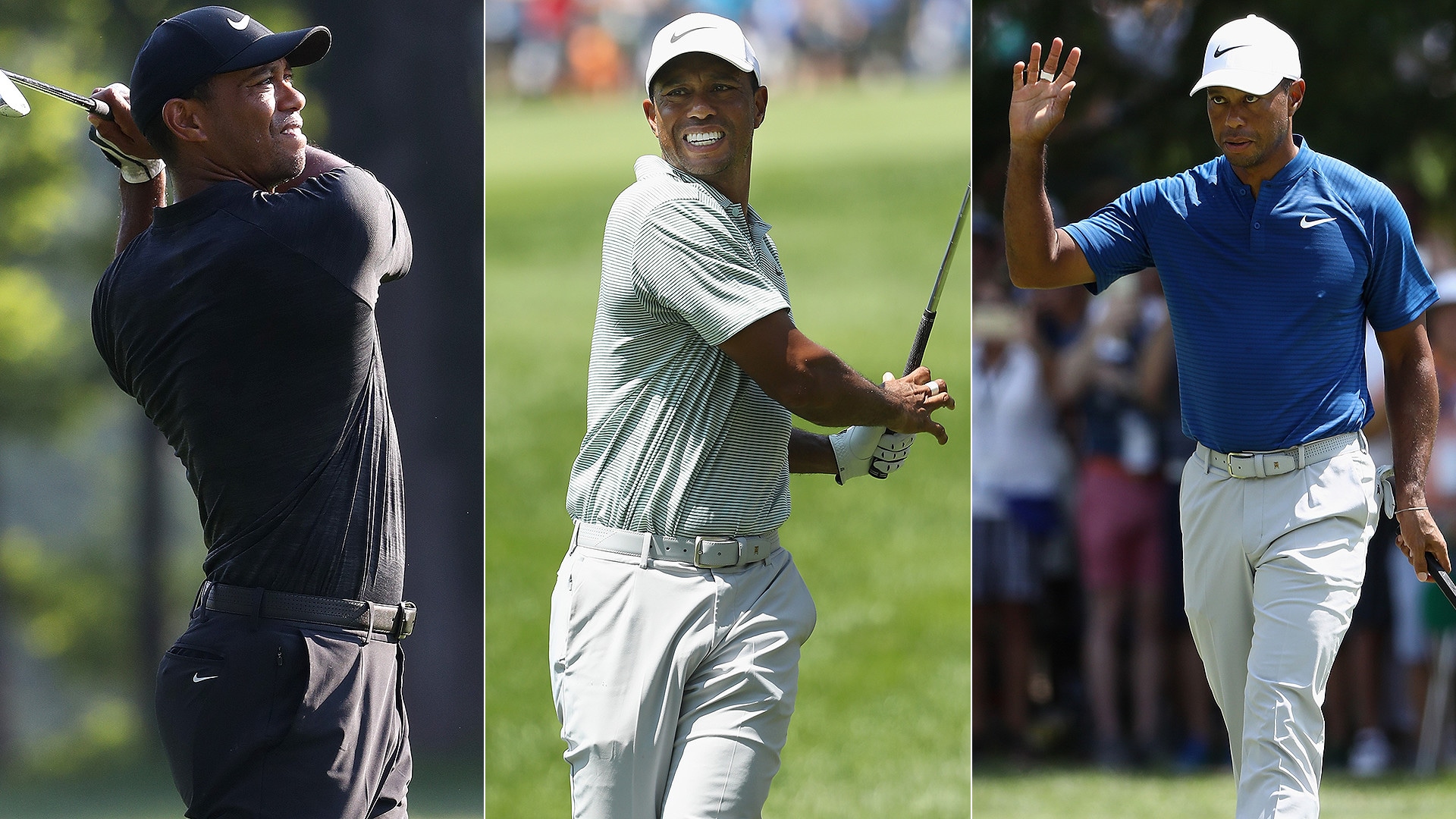 In the blazing Missouri heat, Tiger Woods needed three shirts to make it through 29 holes Saturday at Bellerive.

The 14-time major winner finished off a second-round 66 in the morning in a solid black polo. 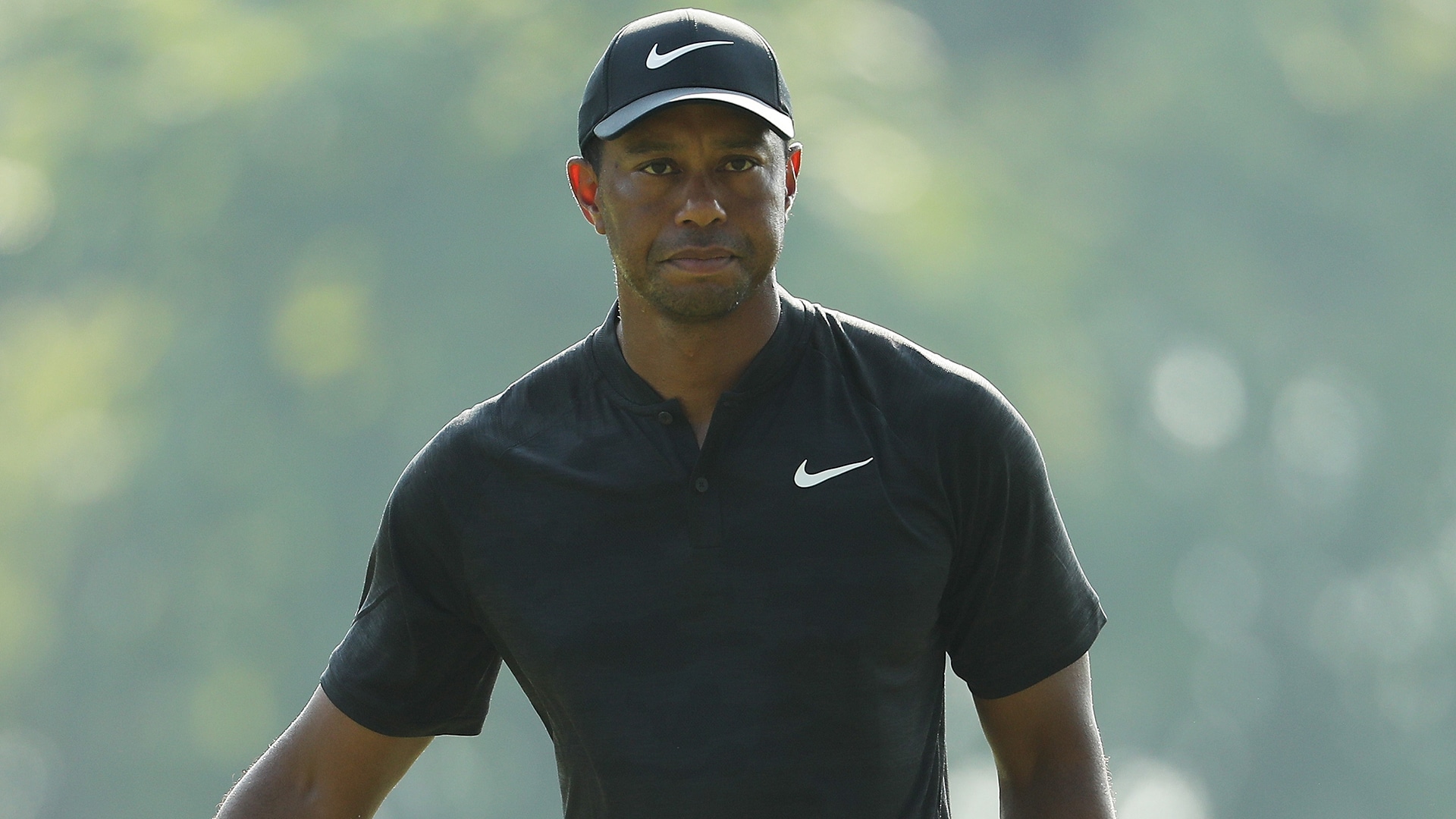 He re-emerged on the putting green before his 1:21 p.m. third-round tee time wearing a green-and-white-striped top. 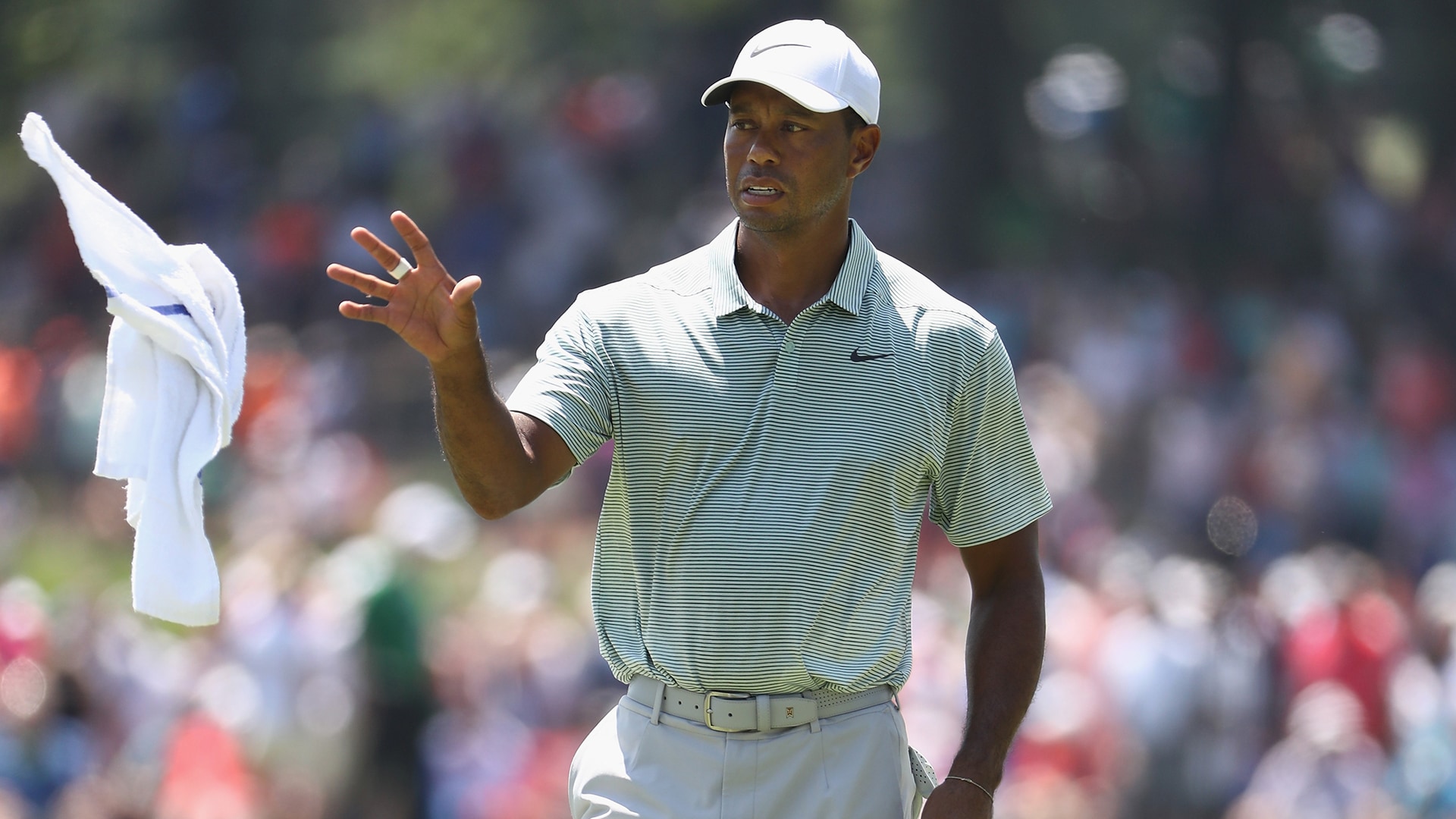 And four holes into his afternoon, he was suddenly adorned in blue. 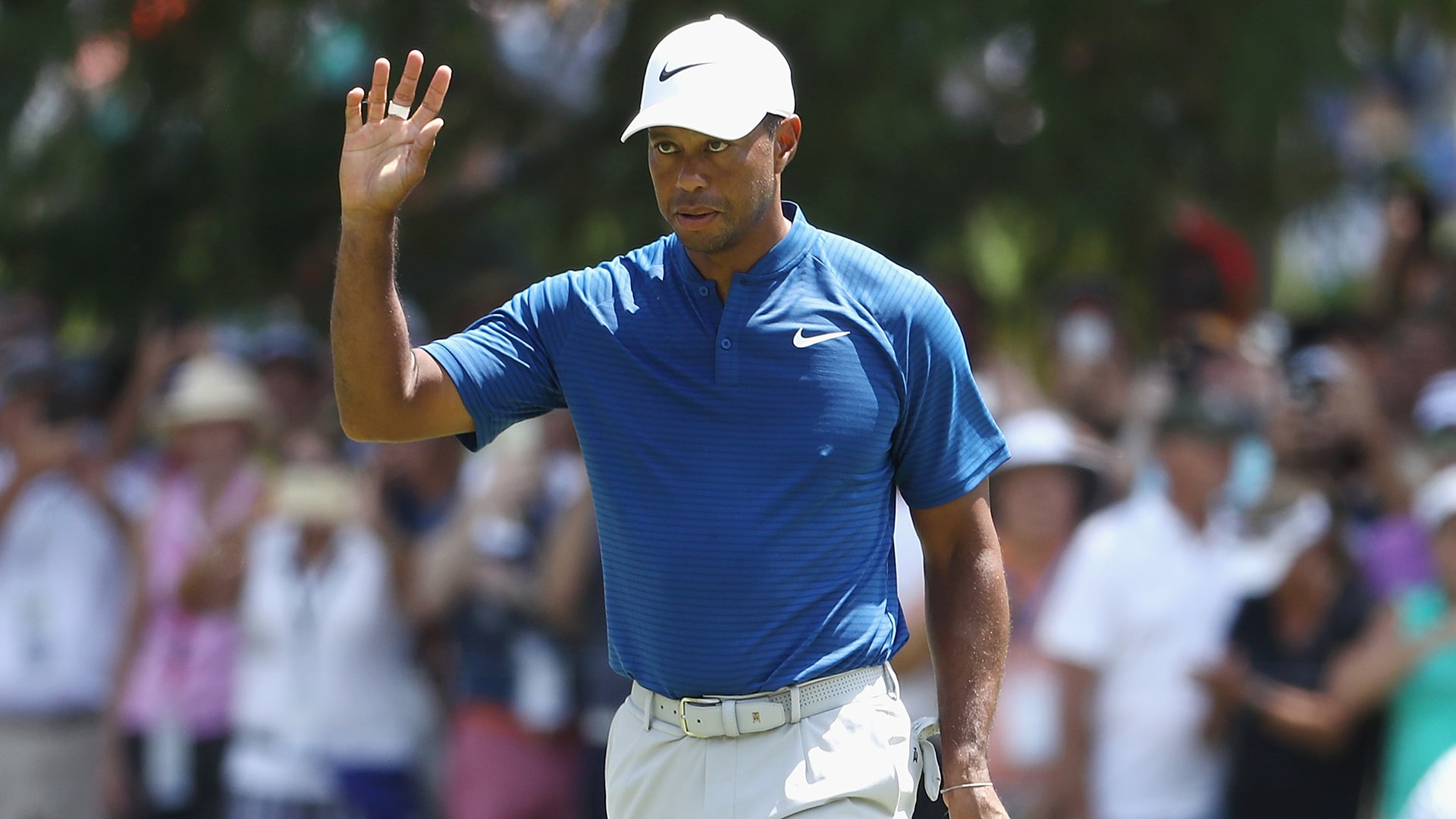 Asked about the grind after the completion of his third-round 66, Woods didn’t pretend he wasn’t beat.

“I'm tired,” he said. “I am definitely tired. Twenty-nine holes, it's not necessarily physical; it's mentally grinding that hard for 29 holes in this heat. It was a long day.”

Asked what he does with his old shirts after he changes mid-round, Woods just smiled and joked, “I throw them at Joey.”