Tiger's rough round still adds up to 64 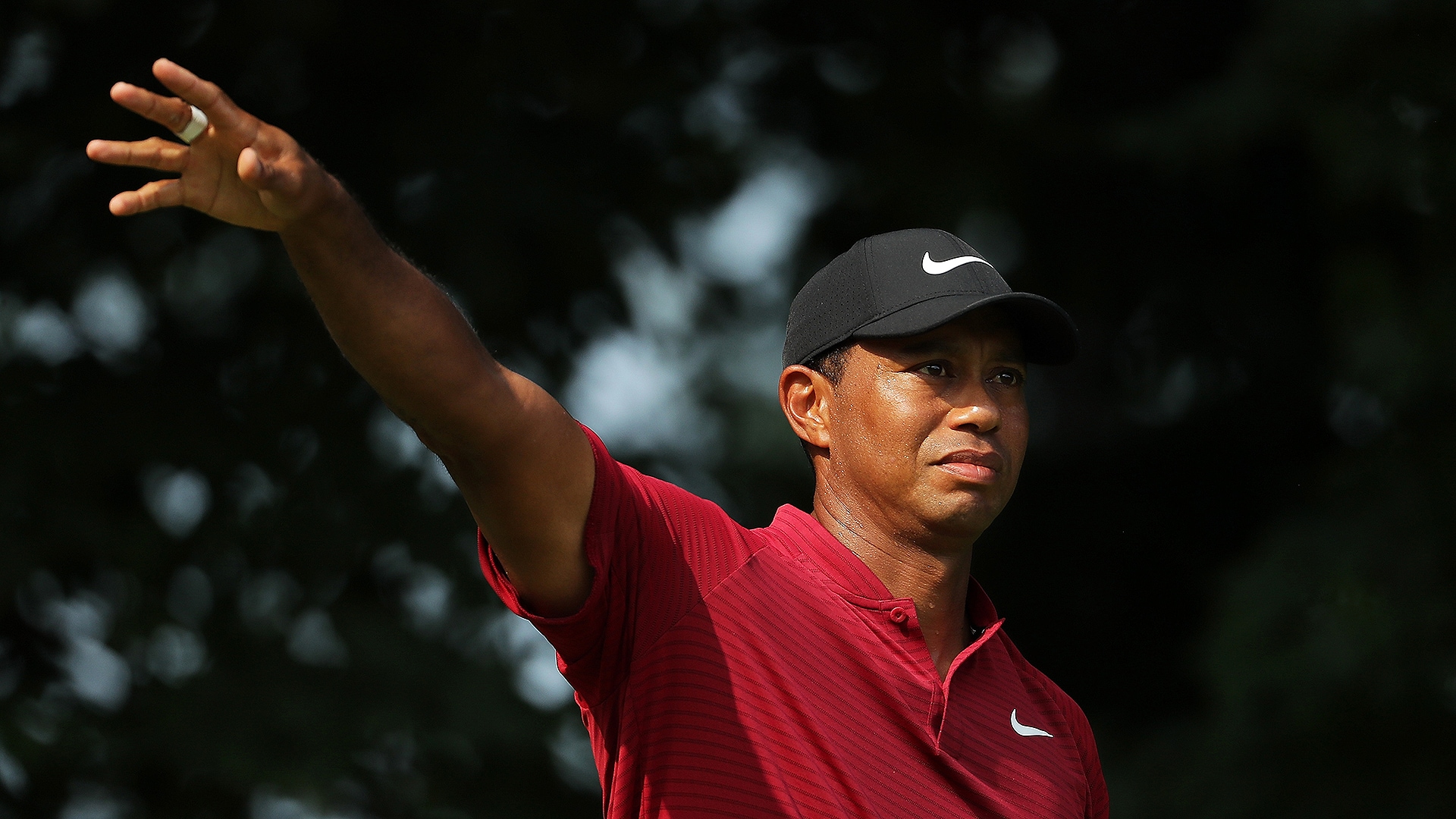 ST. LOUIS – The refrain all week at the PGA Championship was that you had to hit the fairway.

Woods hit just 5 of 14 fairways Saturday and still carded a 6-under 64, the lowest final round of his major championship career.

“He just kind of ho-hummed 64 today,” his playing partner Gary Woodland said. “[He] could have shot a lot.”

Somehow that added up to 3 under par.

He hit 5 of 7 fairways coming in, but the two he missed likely cost him a chance at a playoff. His iron at the short par-4 14th found the right rough. And his drive at the par-5 17th flared so far to the right that it actually hung up on the far bank of the creek that runs the length of the hole.

He bogeyed 14, he failed to birdie 17, and he finished two behind Koepka.

“The drive on 17 -- I didn't drive it good all day,” Woods said. “I was struggling with my golf swing. I warmed up hitting it left. Then I was hitting it right with every single club, even my sand wedge. I wasn't doing very good. So I knew this was going to be a struggle to try and piece together a round and I did.”