G-Mac: 'Ship feels like it's sinking' after lost ball on final hole 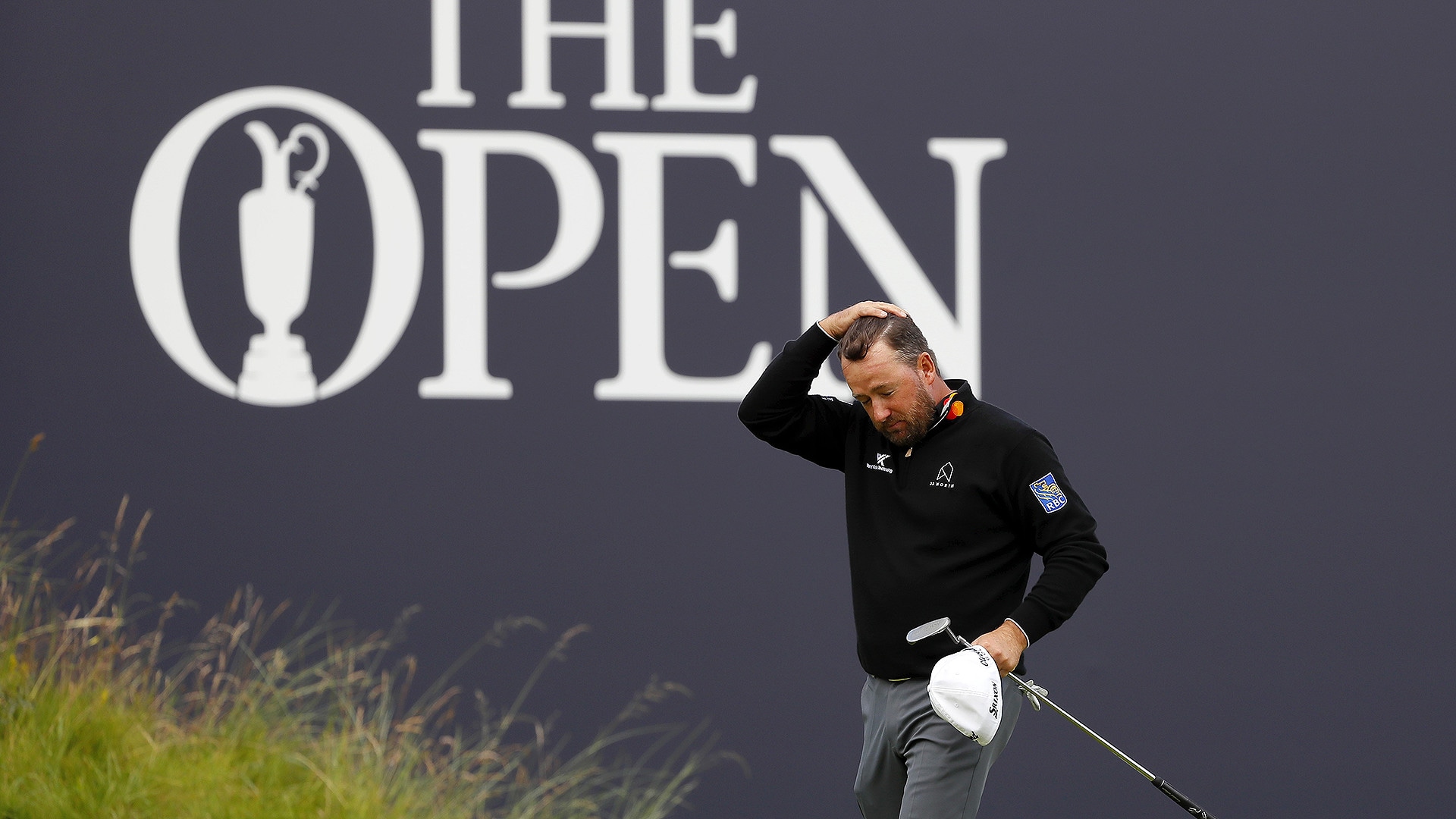 PORTRUSH, Northern Ireland - For a few hours Thursday, the dream was alive for Graeme McDowell.

While Rory McIlroy and Darren Clarke joined him as Ulstermen winning majors in 2010-11, it's McDowell who grew up in the shadow of Royal Portrush. It's the reason he received such raucous applause when his name was introduced on the first tee, a moment years in the making and one he later admitted drew a tear to his eye.

But McDowell briefly stirred thoughts of a fairy-tale storyline, at one point standing as the lone man on the course without a bogey on his card. McDowell admirably battled blustery winds and squally rain, and a birdie on No. 14 lifted him to 3 under on his round and within a shot of the lead.

The fanciful aspirations didn't last much longer. McDowell dropped shots at Nos. 15 and 17 before what he described as an "innocuous" tee shot down the right side at the home hole led to a frantic search for his ball. It was eventually found just off the fairway, but seconds after McDowell's three-minute search allotment had expired.

Deemed by the rules to have lost his ball, McDowell returned to the 18th tee and eventually made a costly triple bogey that turned a red-figure round into a 2-over 73.

"I wasn't expecting to lose the ball, put it that way," McDowell said. "I'm walking down there expecting half a lie, maybe get up short of the green or back into play and try to make four, and can't find it. It's disappointing."

McDowell won earlier this year on the PGA Tour in the Dominican Republic, and he earned a spot in The Open with a top-10 finish at last month's RBC Canadian Open. After getting off to such a solid start in such a pressure-packed situation, the Ulsterman admitted it was a tough pill to swallow to watch it all unravel in a matter of minutes.

Despite the late hiccup, McDowell remains within striking distance and six shots off the early mark set by Shane Lowry, with many more bogeys than birdies available on the difficult Dunluce Links. But he'll likely look back with regret on the day's final tee shot, one that seemed acceptable and ultimately proved quite costly under the new rule for this year that limits the search time for a lost ball from five minutes to three.