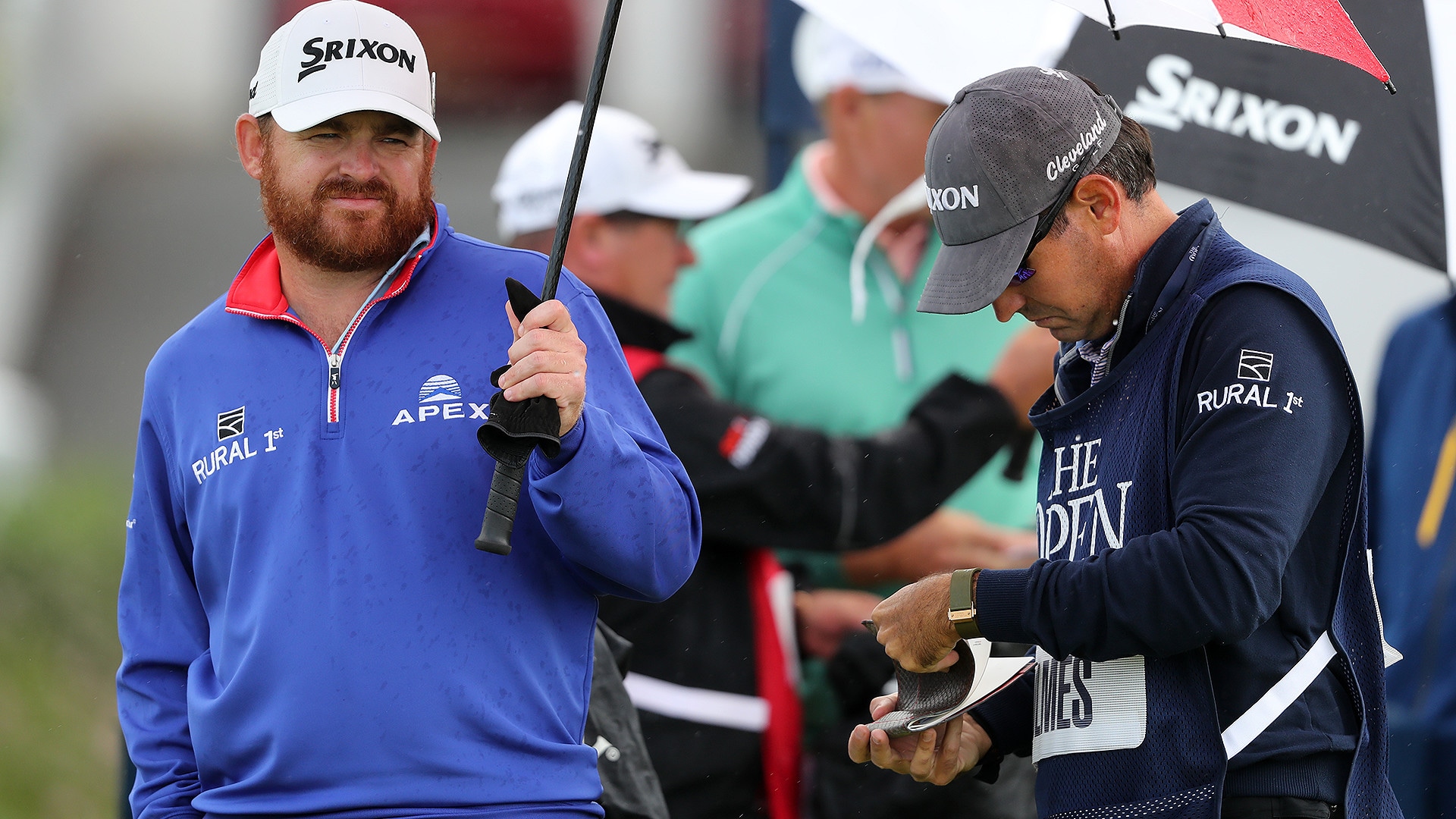 Thursday’s opening round of the 148th Open at Royal Portrush was a schizophrenic display of Mother Nature.

When J.B. Holmes walked off the course with the first-round lead, having shot 5-under 66, he was asked if he had ever before experienced conditions quite like this.

In fact, he had. At this course.

Around 15 years ago, in 2004 or ’05, Holmes guesstimates, he came to Northern Ireland with his University of Kentucky teammates as part of a boosters’ trip. Holmes said they were in the area for a week and played “five or six rounds,” one of which came at famed Royal County Down and another at Royal Portrush.

The latter stood out as much for the weather as the venue.

“I played here, and the first hole we had short sleeves on, looks like the clouds came up, and next hole it was raining so hard we couldn't see. People were losing umbrellas, that were blowing away. Then three holes later we were taking all our rain gear off and we were hot again,” Holmes said.

“That was actually the most drastic, but it was at this golf course.”

Thursday’s elemental changes didn’t surprise Holmes and neither did his play, despite a slew of missed cuts since winning the Genesis Open.

Holmes captured his fifth PGA Tour win at Riviera Country Club in February and then had eight of his next 12 stroke-play tournament weekends off. He had missed seven consecutive cuts before tying for 21st in the Rocket Mortgage Classic, his final start ahead of The Open.

“It's been pretty rocky. I played great that one tournament, had a win. You take that away, it's probably actually been one of my worst years I've played. I've really struggled with my swing kind of after I won. At Detroit I had been working on it and it clicked in there and I started hitting it better,” Holmes said.

“I've been practicing the last couple of weeks. I've been playing great. So actually, felt great coming in.”

If his turnaround didn’t come as a surprise, perhaps the fact that it happened in a major did. Holmes has only two top-10 finishes in 34 major championship starts. The good news is, one of those came in the 2016 Open at Royal Troon.

Holmes finished 11 shots behind runner-up Phil Mickelson and 14 in arrears of the champion, Henrik Stenson. But he beat everyone else in the field, claiming a career-best third-place showing.

“That was a great week for me. And it teaches me I can come out and play. There were two guys that got really hot that week. Besides that I pretty much had beat the field,” Holmes said. “So that's definitely a boost. I learned a lot playing in that event. And you try to take that to the next one.”