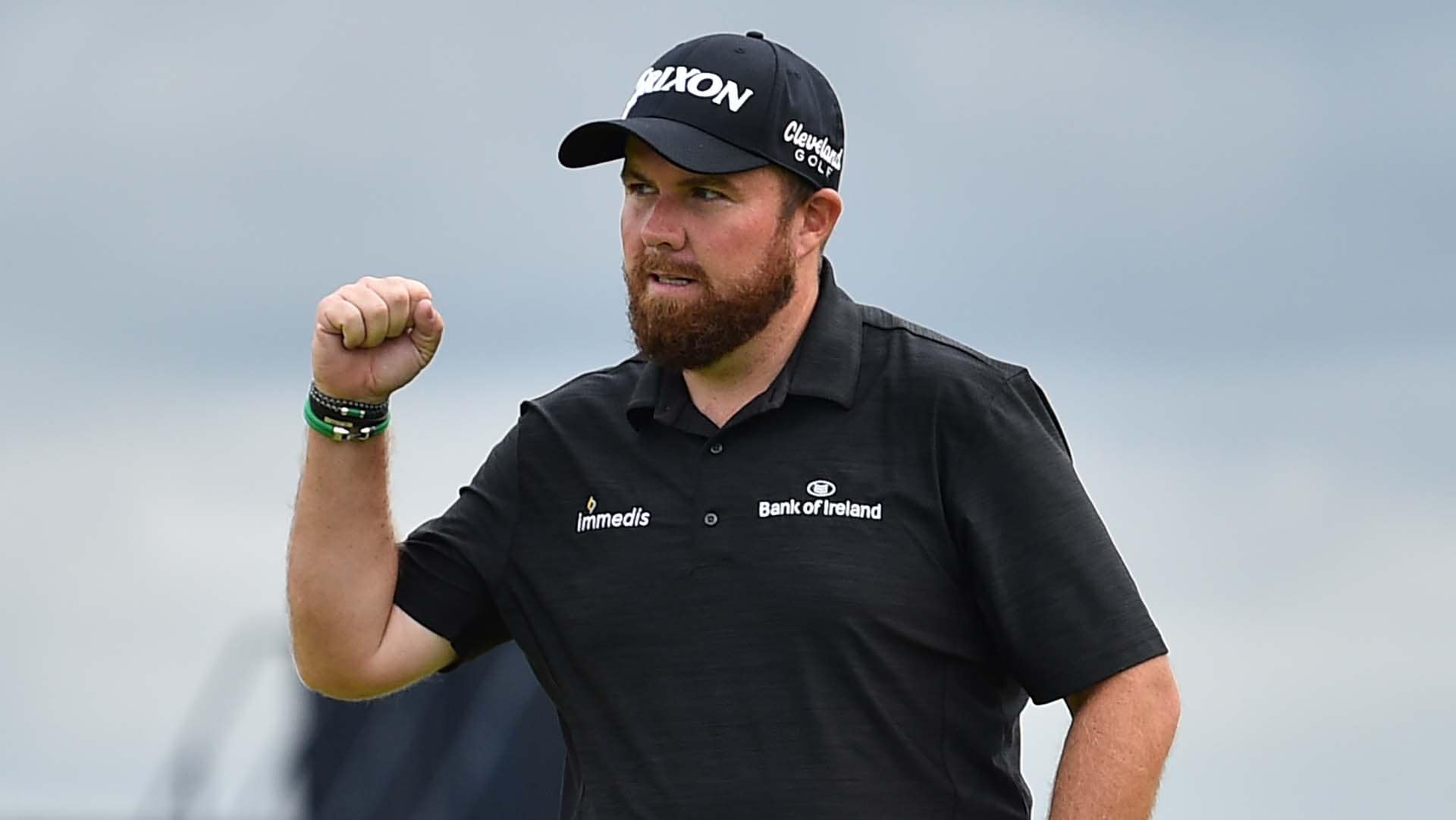 He made two straight birdies around the turn at Royal Portrush to break out of a four-way tie for the lead. The Irishman made three straight birdies toward the end of the third round, each shot better than the previous one. He walked off the Dunluce Links with an 8-under 63, the 54-hole record at The Open and a four-shot lead over Tommy Fleetwood.

The first Open Championship in Northern Ireland since 1951 no longer has favorite son Rory McIlroy.

Lowry — teammates with McIlroy for Irish golf when they won the European Amateur Championship in 2007 — filled the void just fine.

He didn't mind the lack of attention showered on the trio of Ulstermen — McIlroy, Graeme McDowell and Darren Clarke — at the start of the week as Northern Ireland celebrated the return of golf's oldest championship.

"They guys are from here. I grew up four hours away," Lowry said. "I felt like I could come here and come under the radar. I'm not quite under the radar anymore. I didn't feel like a forgotten Irishman. But hopefully, I'm the one they're talking about tomorrow evening."

Low scoring was helped by a day that ended in relative calm, perhaps ahead of the storm. The forecast for Sunday is so nasty that the R&A moved up the tee times by one hour in a bid to avoid the worst of heavy rain and gusts expected to top 35 mph.

There's also the chance of an internal storm brewing in Lowry.

This is the second time he has had a four-shot lead going into the final round of the major. The other time was in the 2016 U.S. Open at Oakmont. Lowry closed with a 76 as Dustin Johnson rallied for his only major. The pressure figures to be even greater this time around as he goes for a silver claret jug on the Emerald Isle.

Fleetwood did his part with a bogey-free 66, and he lost ground. He at least got into the final group as he goes for his first major.

"You have to look at it realistically," he said. "I had a great day today. I had one of the best rounds of the day and I was bogey-free. Shane just played great and I'm four back. But that's it. I'm just happy with how I played."

J.B. Holmes, who started the third round tied with Lowry atop the leaderboard, tried to stay with him until he dropped two straight shots in the middle of the back nine. A birdie on the 18th gave him a 69, leaving him six back.

Still on the fringe of contention was a familiar face in the majors — Brooks Koepka. He couldn't get enough putts to fall for the third straight day and still managed a 67, leaving him seven shots back.

"I've hit it as good as I could possibly imagine. I putted the worst in the entire field," Koepka said. "It's been really bad. Very frustrating. Disappointed. But thankfully, it's going to blow tomorrow to have any sort of chance. I need to figure out the putter."


Justin Rose had a 68 and joined Koepka at 9-under 204, figuring that just enough to at least stay in the conversation.

Behind him, Lowry kept widening the gap. The pin was back right on the par-3 16th known as "Calamity Corner" because it drops off some 50 feet right of the green. He sent that tee shot onto the green and right at the flag until it settled about 10 feet away.

From the light rough to the left of the fairway on the 17th, he hit a perfect chip-and-run to 3 feet for his final birdie. Holmes drove down the hill short of the green, close enough to use putter. He ran it about 8 feet by, and when it caught the lip and spun away, Holmes dropped the putter in disbelief.

Some of that surely was the frustration of seeing Lowry getting farther and farther away from him.

Lowry can't think of a better day he's ever had on the golf course. His 63 was one short of the major championship record that Branden Grace set at Royal Birkdale in 2017. The support was more than he could have imagined.

"Every time I had a putt today, I wanted to hole it so I could hear that roar," Lowry said.

Now he has 18 holes left to make it through tough weather and Sunday pressure with the hopes of an island following him along.