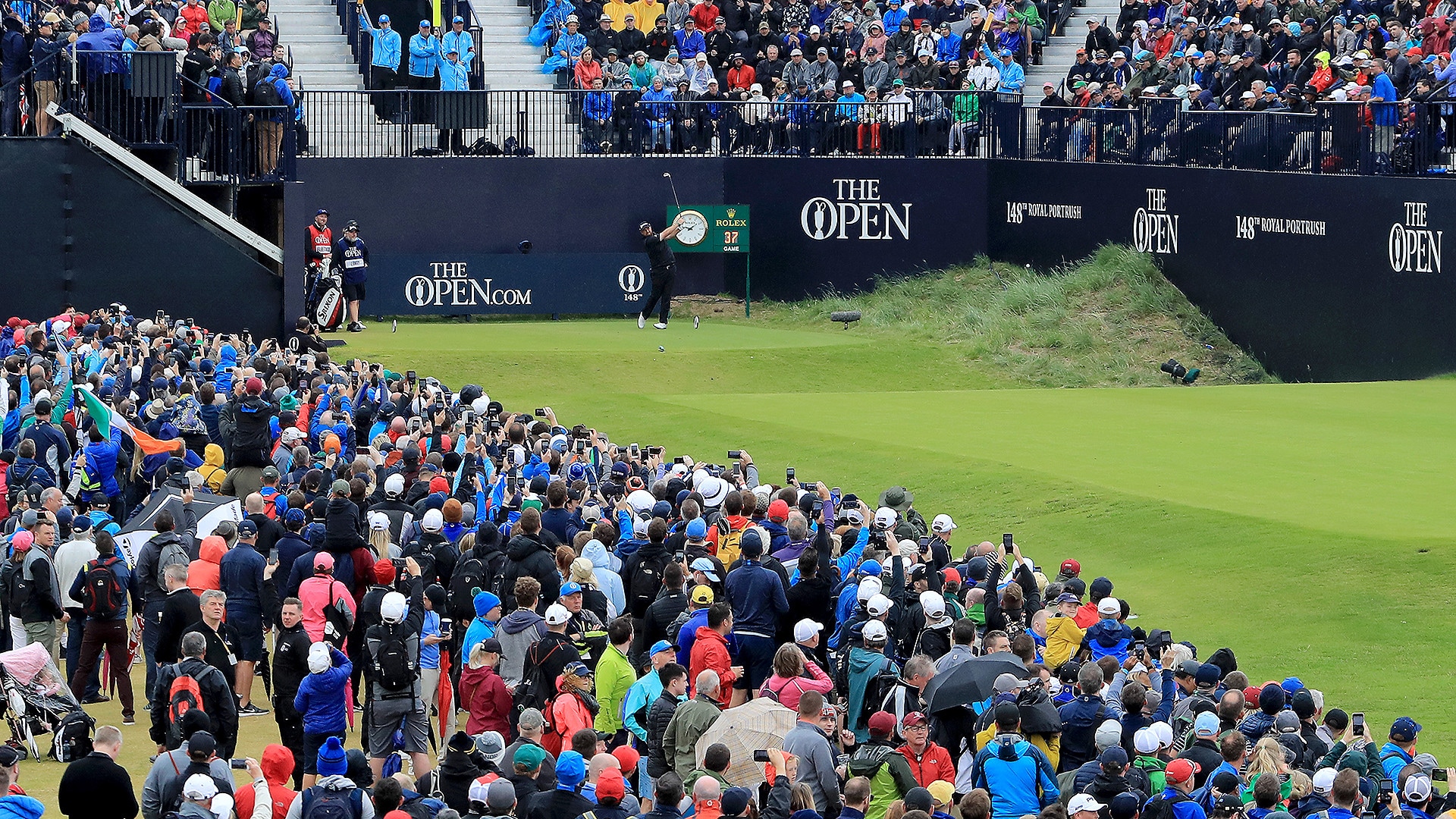 PORTRUSH, Northern Ireland – Shane Lowry couldn’t stop thinking of Andrew Morris this week, and not for any reason that will excite Mr. Morris.

Addressing the media after his Open Championship win Sunday night, Lowry heard the following from a reporter: “You won the North of Ireland Amateur Championship here (at Royal Portrush) in 2008. You actually beat a friend of mine in the final. I'm just wondering …”

“I couldn't stop thinking about him all week, because he shanked his tee shot out of bounds on the first. That's all I could think about on the first hole,” Lowry said, eliciting laughter from the entire room.

The out-of-bounds stakes that line both sides of the first hole on the Dunluce Links received plenty of attention this week and fielded plenty of golf balls. Rory McIlroy threw away his Open hopes with his very first tee shot of the week, and both Rickie Fowler and J.B. Holmes went OB in the third- and second-to-last groups on Sunday.

Lowry flirted with the left boundary himself in the final round before his ball harmlessly came to rest in the rough.

The reporter later assured Lowry, perhaps sarcastically, that Morris would be delighted Lowry “remembered him, anyway.”