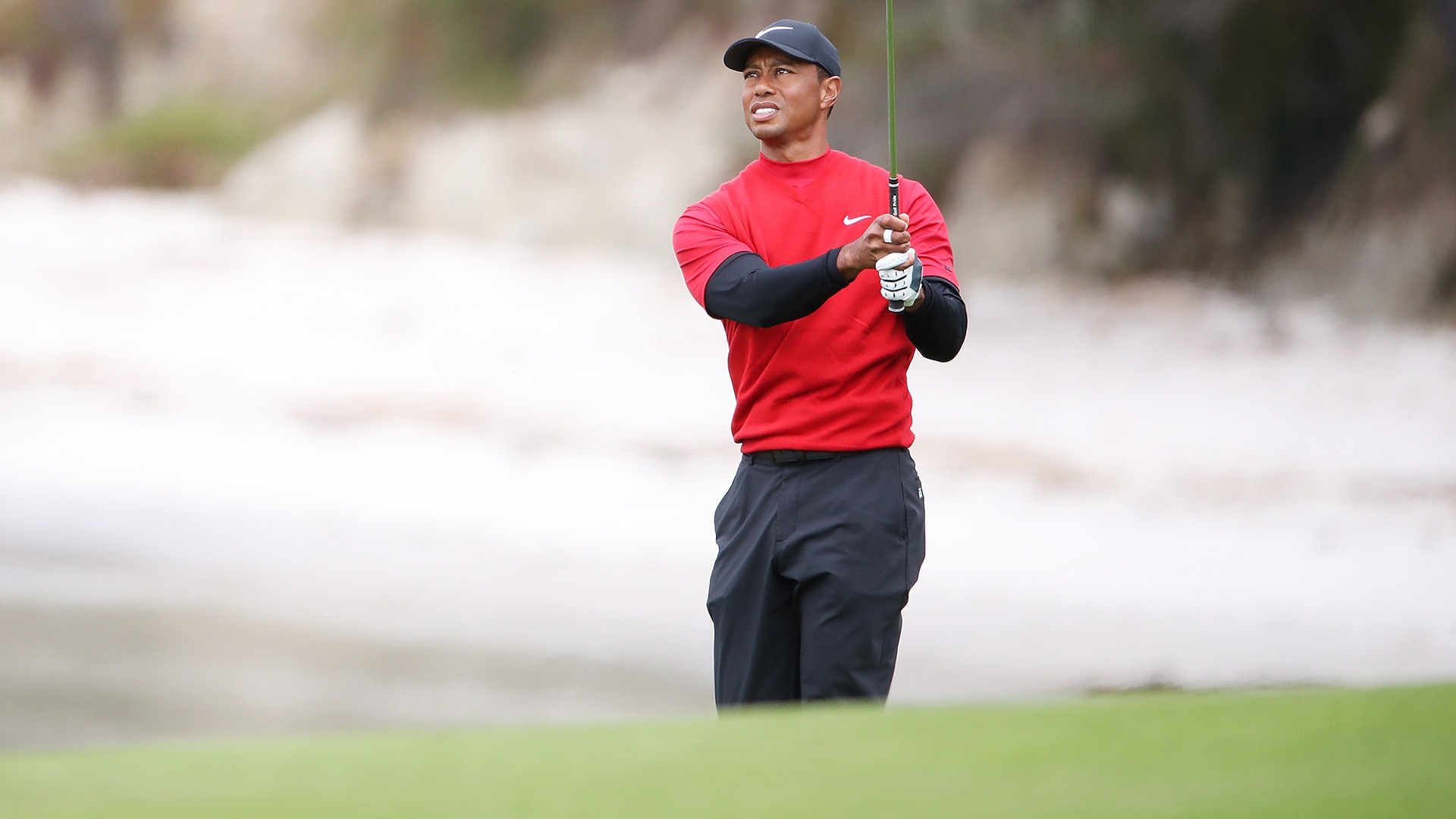 PEBBLE BEACH, Calif. – Some guy with a bad back made a mess of the first six holes at Pebble Beach. Then Tiger Woods showed up to play the last 12 holes in 6 under par. Explaining a schizophrenic Sunday 69 in the final round of the 119th U.S. Open:

•  He looked positively miserable. Peter Boyle in "Young Frankenstein" moved with more fluidity than Tiger did on his way to the first tee Sunday. He was pained. He was tight. He was grimacing. He bogeyed Nos. 1, 2, 5 and 6. He was 4 over. Stuff sucked. And then everything just magically got better.

•  It started with a wedge and one-putt for birdie at the iconic par-3 seventh, the first of six birdies on his way to the clubhouse. He followed up with a laser iron to 5 feet at the eighth. Four straight pars at Nos. 9-12 led to a closing stretch that would see him circle four of his final six. There was the 40-footer at No. 13. The flagged wedge at No. 14. He looked his approach up and down at  the 16th. He stepped in his final putt at 18th. Tiger Woods, the man, walked onto the first tee Sunday, and Tiger Woods, the 15-time major winner, walked off the final green.

•  Asked how exactly he turned it around: “I wish I would have known because I would have turned it around a little earlier than that,” he said. “Again, got off to another crappy start and was able to fight it off. … It was just a matter of can I somehow get it back to even par for the day and the total. And that was our goal. Happened to get a couple more out of it which is great.”

•  A lot of you on Twitter were perplexed by his iron play this weekend. He was a solid club to club-and-a-half short with the majority of his approaches. In addition to his neck and back causing him issues, it looked to me as though he was playing for big releases as these greens dried out but kept missing his target. So shots that were maybe only 5-10 feet short of his intended spot ended up 40-50 feet short of the hole. I do not anticipate this being an issue moving forward. Even he seemed to finally figure it out late Sunday.

•  Before we move on to what’s next, one final word on Pebble. The U.S. Open isn’t coming back here until 2027, when Woods – who will ideally have 19 or 30 majors by then – will be 51 years old. As evidenced by his triumph in April and his entire career to date, Tiger is capable of just about anything. But if he’s going to win at Pebble again, he might have to think about playing the AT&T. And if his back doesn’t like a marine layer in June, I doubt it’s going to love a pro-am in February.

•  OK, as for what’s next – nothing. He just about shut down any idea of him adding a start before The Open. “I think I'm going to take a little bit of time off and enjoy some family time,” he said. And if you’re in the Detroit or Twin Cities areas and still holding out hope, he was directly asked if he’ll play again before the year's final major: “I’ll play at home, yeah.” He can still change his mind. But I imagine my next dateline will read: PORTRUSH. So if you’ll excuse me, I need to go do some “preparing” of my own. See you in Norn Iron.