Key to conquering TPC Scottsdale is to embrace rambunctious crowd 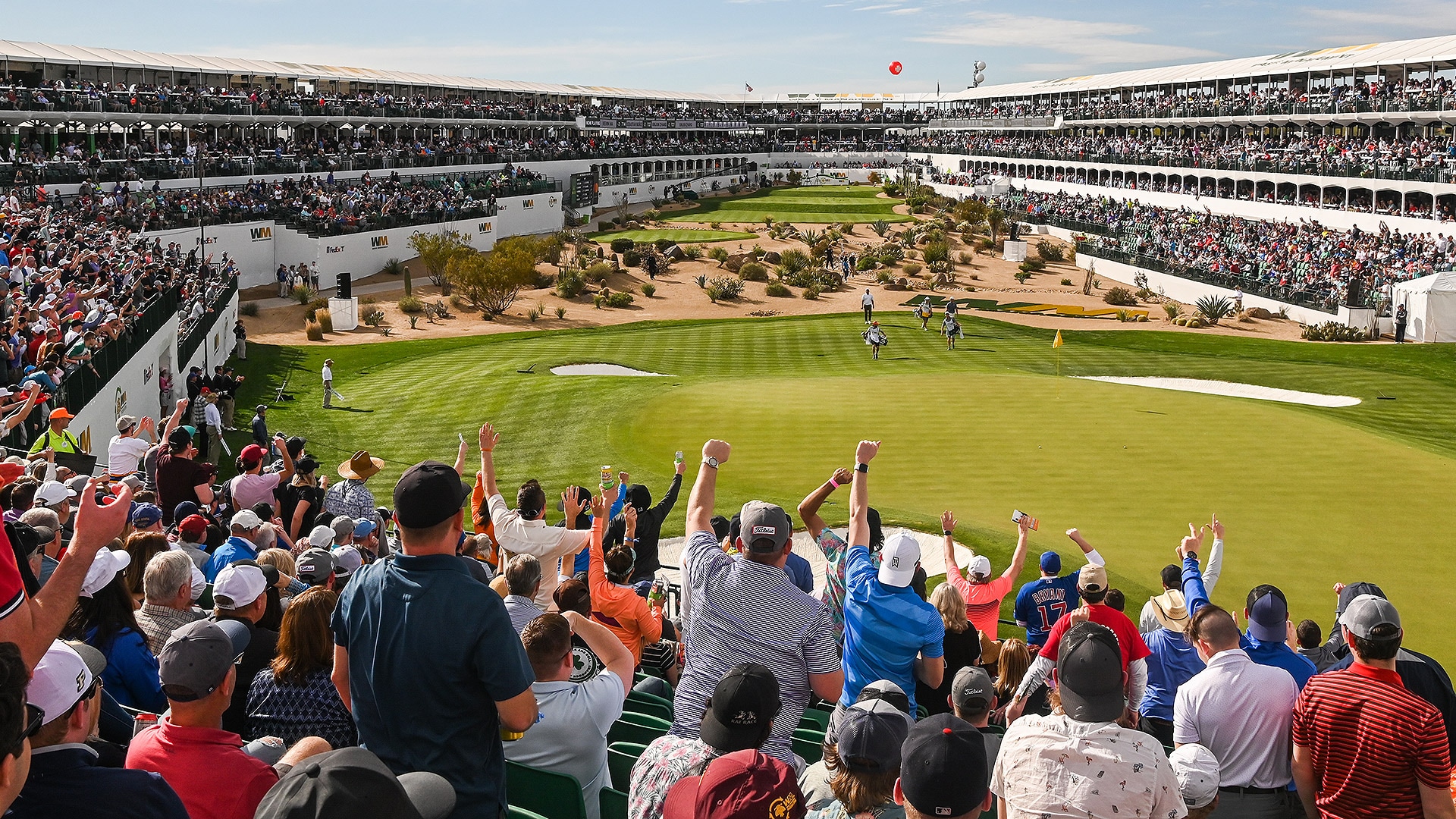 SCOTTSDALE, Ariz. – Walk around the grounds at TPC Scottsdale and you’ll quickly realize that this place is not for the faint of heart. The scope and scale of the event is unparalleled, even by PGA Tour standards. That’s largely by design, as bigger is always better at the “People’s Open.”

The raucous environment is always on display at the signature 16th hole, but it also spills out across the tournament grounds like a toppled can of beer. While many in attendance arrive to see the world’s best tackle the Stadium Course, others are simply here for the party.

There are people dressed in costume. Some show up in matching t-shirts. Wyndham Clark, who enters the weekend alone in second place, even found reason to turn his head during the second round.

“We just came through 16, we were on 17, and a guy was wearing a wedding dress,” Clark said. “There were two dudes, one wedding dress and one in a tuxedo, and they were having some fun.”

Of course, what some might describe as fun others might view less colorfully. Many players steer clear of this event, opting to craft their West Coast schedule at more reverent stops like Torrey Pines and Pebble Beach. But those who decide to enter the cauldron know exactly what they’re signing up for.

They also realize that to conquer the party, you’ve got to embrace it.

“You just have to deal with it,” said J.B. Holmes, a two-time champ who will carry a one-shot lead into the third round. “You just kind of have to know what’s going to happen. Late in the day like this, there’s going to be a lot of people that are having a lot of fun and don’t really know that golf is being played.” 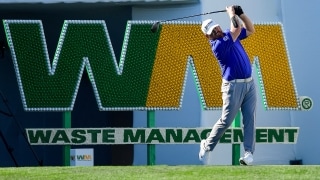 J.B. Holmes fired a 6-under 65 on Friday, a day after shooting 64 with an ace, to take a one-shot lead over Wyndham Clark at the Waste Management Phoenix Open.

The 16th hole receives plenty of attention on an annual basis, and rightfully so. This week it has served as an emotional canvas for several players to pay tribute to the late Kobe Bryant. But it’s also a fiery arena where participants all know the stakes: hit it tight and receive roars of adulation; miss the green or (heaven forbid) make a bogey and the boos will rain down from all directions.

Earlier in the week, Justin Thomas was asked if he could recall an instance where things went awry for him on the 16th hole. Without hesitation, he recalled a four-putt double bogey that clearly still stings.

But if you’re able to get on the right side of the emotion, the situation can work to a player’s advantage. Billy Horschel will start the third round in third place, two shots behind Holmes, thanks in part to a birdie he made Friday on No. 16. Horschel has become a regular at this event, and after the round he cited his career scoring average on the signature hole as one of the best in the field.

“I think I like to play up to the crowd a little bit,” Horschel said. “I’ll chatter back to them once in a while if they say something. It’s a fun event. I love coming to it, and will be coming to it for a long time.”

But even for the names near the top of the leaderboard, the reaction to and from the crowd can be mixed. Holmes shared that he heard some fans being “really, really loud” as he made bogey on the 18th hole, his ninth of the day. While the moment caught his attention, the veteran didn’t let it linger and birdied three of his next six holes to extend his lead.

“You’ve got everybody out here at this event,” Holmes said. “It’s just like anything else. Ninety-nine percent of the people out here are doing a good job, and there’s always a couple idiots.”

Focus on the “idiots” out at TPC Scottsdale, and you’re unlikely to return. But if you’re able to drown them out, like the whirring din that envelopes the 16th hole without pause for four straight days, and you just might find your name on the leaderboard as the weekend fans line up at pre-dawn hours to return.