After Further Review: What will Phil do next? 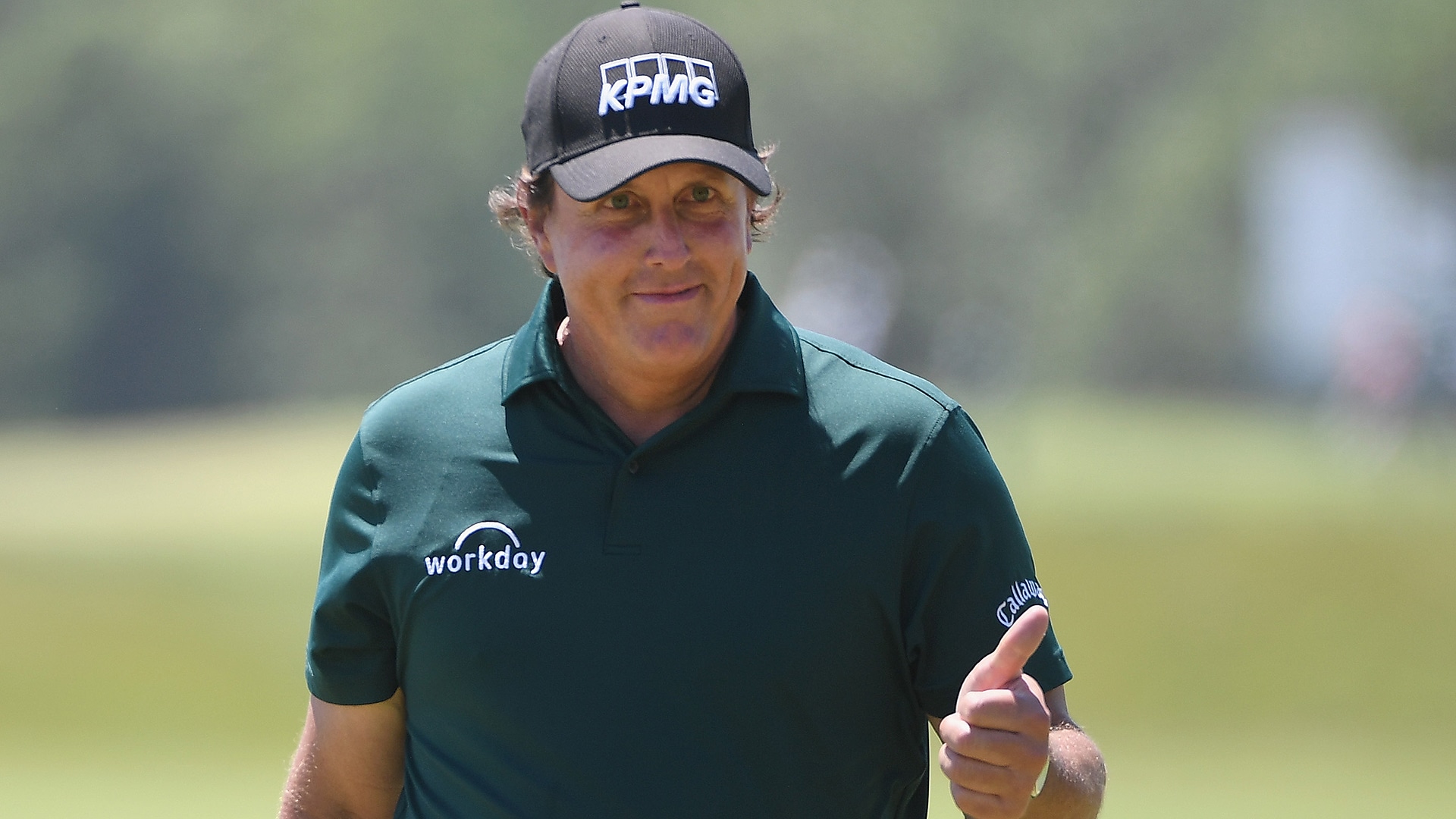 This might be Phil Mickelson’s most unpredictable season ever.

After spending four years talking about how close he was to putting it all together, he finally did – in a World Golf Championship event, no less. After spending the better part of two decades trying to get the best of Tiger Woods, he’s now fully embraced him, to the point that he’s playing practice rounds with him and willing to share the marquee in a $10 million exhibition. And after spending a lifetime chasing the U.S. Open, he had a meltdown at Shinnecock Hills that, if it didn’t harm his reputation, may at least have irreparably damaged his relationship with the golf gods.

It’s passed off as Phil being Phil, but after another “boneheaded move” on Sunday at The Greenbrier – he tapped down long grass in front of the tee box, a mistake that cost him two shots – he offered a clue as to what’s going on: “I wasn’t having my best day, focus-wise.”

It’s not the first time that Mickelson has cited his on-course focus, or lack thereof; he even said recently that he’s seen a doctor for the problem. When he’s locked in, Mickelson is a threat to win any tournament he plays. But when he’s not, like he clearly hasn’t been over the past month, he’s liable to do, well, just about anything. – Ryan Lavner

Danny Willett made an appearance on the leaderboards this weekend in Ireland, further indication that the career of the 2016 Masters champ just might be on the upward swing.

Willett hasn’t won a tournament since edging Jordan Spieth for a green jacket more than two years ago, and his form has fallen off a cliff since his major breakthrough. He switched swing coaches last year, and this week teed off at Ballyliffin ranked No. 442 in the world.

But Willett tied for sixth Sunday, five weeks after a T-8 finish at the Italian Open. While he’s sprinkled those results among a run of missed cuts elsewhere, other players have sparked comebacks with even less inspiring results.

So don’t count out the Englishman just yet. - Will Gray

On the decision against use of a compass

Earlier this week the USGA along with the R&A ruled that a protractor, or drawing compass, would not be allowed during a stipulated round because “it is considered ‘unusual equipment that might assist [a player] in making a stroke or in his play.”

There’s a growing element among PGA Tour types that green-reading books, which have become ubiquitous among the play-for-pay set, are next. Perhaps the current rule makers consider it a good start in the quest to stamp out slow play. - Rex Hoggard