For all the Brooks vs. Rory talk, Rahm looks poised to pass them both as No. 1 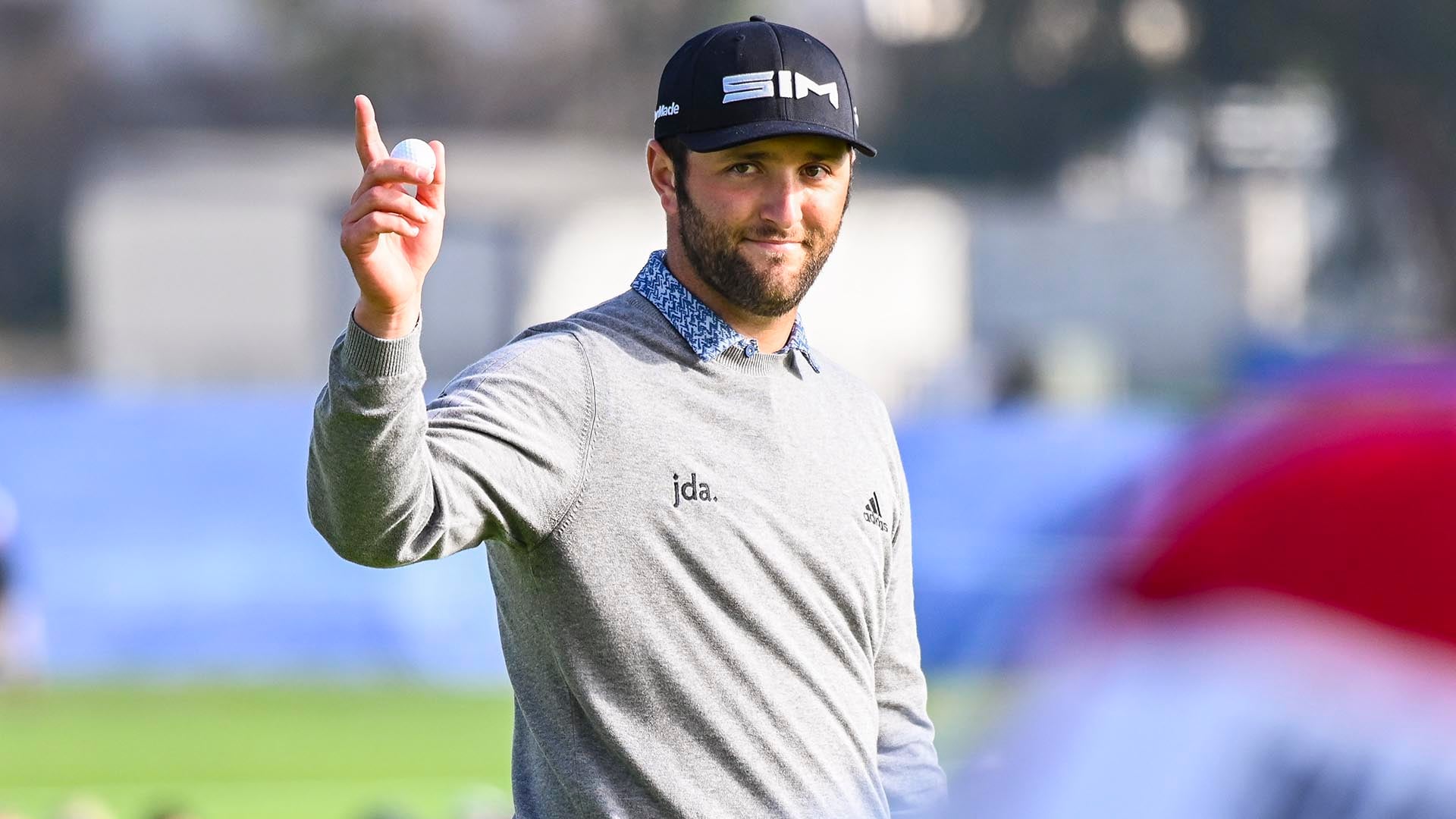 SCOTTSDALE, Ariz. – Don’t feel bad if you haven’t noticed. It’s easy for focus to drift elsewhere during golf’s ephemeral offseason, and the Player of the Year debate engulfed much of the oxygen in the room.

But for all the talk about Brooks and Rory, Rory and Brooks, there’s a Spaniard that’s about to crash the party like a bull careening down a Pamplona corridor.

World No. 1 and major connoisseur Brooks Koepka has been the alpha in the Official World Golf Ranking for the last eight months. No. 2 Rory McIlroy snagged the PGA Tour Player of the Year trophy from his grasp thanks to a consistent season that included a $15 million FedExCup payday. Their comments in recent months have been scoured and dissected for any hint of a budding rivalry. That rivalry may still come to pass, but the two haven’t teed it up in the same event since their final-round duel at East Lake.

In the interim months, Jon Rahm has gone on something of a tear, one that perhaps hasn’t received as much attention as it should. But the proof is in the pudding, as the 25-year-old has a chance to pass them both and ascend to world No. 1 for the first time with a victory this week at the Waste Management Phoenix Open.

“I mean, I have been playing really, really good golf and especially since that U.S. Open,” Rahm said. “Just missed one cut, and for the better part of the tournaments I play, I pretty much have had a chance to win or finish top 10. It’s been a really good stretch of golf.”

While golfers sometimes embrace a fisherman-like degree of embellishment when discussing their on-course performance, Rahm’s succinct recap is spot-on. Dating back to a T-3 finish at the U.S. Open, he has as many wins as results outside the top 10 (three apiece). Factor in his four runner-up finishes, including last week at Torrey Pines, and he has astoundingly finished third or better in 60 percent of his worldwide starts since June.

Rahm had fallen as low as 13th in the world rankings last summer, but he’s now up to No. 3 and within reach of both Koepka and McIlroy. His 2019 season included a team victory with Ryan Palmer at the Zurich Classic that netted no OWGR points, and his other three victories all came in Europe – including the lucrative, season-ending DP World Tour Championship. But he’s not ruffled by the notion that his recent resume hasn’t received as much attention as those of the two men ahead of him in the rankings, who combined for six PGA Tour wins last year.

“You’ve got Brooks [and Rory] winning majors, Players, WGCs, Tour Championship. Of course they’re going to be in that conversation,” he said. “I’ve just been incredibly consistent for three years, and I’ve been able to win some events on the European Tour that maybe in the U.S. can be overlooked or forgotten about as well.”

But there won’t be anything to overlook if Rahm ascends to the top spot this week, which would result from a win at TPC Scottsdale and a Koepka finish fourth or worse in Saudi Arabia. Rahm reached as high as No. 2 in the world two years ago and now could become the first Spaniard to hold the top spot since Seve Ballesteros in 1989.

“I think it’s always really cool being a part of something that not very many people have done,” said Justin Thomas, who was ranked No. 1 for four weeks in 2018. “I mean, I had it for all of two weeks or whatever it was, but walking around, it’s like, ‘I’m better than every single person on this planet in golf.’ That’s a pretty satisfying feeling.”

While it’s win or bust for Rahm this week when it comes to reaching world No. 1, that’s hardly out of the realm of possibility given his torrid form over the last eight months. In terms of PGA Tour starts, he’s finished outside the top 10 just once since Royal Portrush – ironically at the smallest field he encountered, when he tied for 13th among 30 Tour Championship participants.

But increasingly it feels like Rahm’s ascent is a matter of when, not if, as the race for the top spot continues to tighten with a once-dominant Koepka slowed in recent months by injury.

“The game of golf is in such a good place and such a competitive place,” said Thomas, who is currently ranked No. 4. “I remember when I had it, it was like literally anybody in the top four could get it every week. And that’s pretty crazy, and I think we’re kind of getting back to that.”

Having compiled months of consistent results, Rahm now has a chance to grab the spotlight for himself in one of the Tour’s most raucous environments, and one that’s a short drive from where he played at Arizona State. But whether he leaves Scottsdale ranked No. 1 or No. 10, Rahm is content to focus on the task at hand and confident that his standing and ability will eventually align.

“It is not my job to put myself in the discussions,” he said. “My goal is to go out there and beat them all. And that’s what I’m trying to do.”