Angel Cabrera arrested in Brazil, to be extradited to Argentina to face several charges 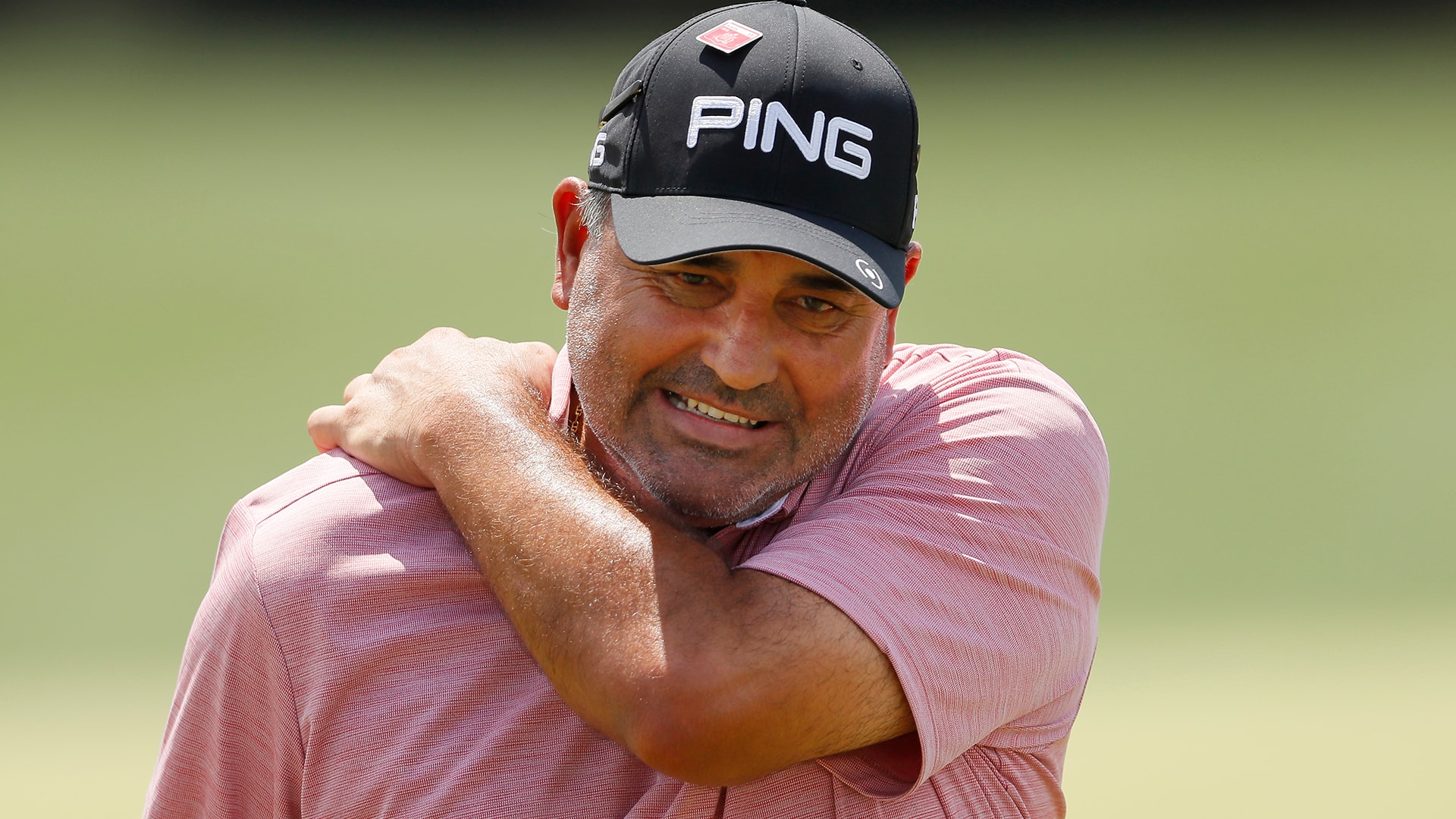 Cabrera, who has won both the Masters and U.S. Open, was on Interpol's red code list.

Police said in a statement that the arrest was made in an upper class area of Rio de Janeiro, without announcing the suspect's name. It described him only as a 51-year-old Argentine.

Two federal police officers based in Rio separately confirmed to The Associated Press that Cabrera was the man arrested. Both agreed to give the information only if granted anonymity because they were not authorized to discuss the topic publicly.

The police statement said the arrest was authorized by Brazil's top court and the man would be held until his extradition to Argentina. Officials in Argentina have charged the suspect with assault, theft, illegal intimidation and repeated disrespect to authorities, the statement said.

Argentine media reported earlier in January that Cabrera's former wife, Silva Rivadero, had filed two charges against the golfer. The reports also said that Cecilia Torres, another former partner, claimed Cabrera had punched her, threatened her and attempted to run her over with his car in 2016.

Cabrera has one other PGA Tour victory, and his four European Tour wins include its biggest event, the BMW PGA Championship at Wentworth.

He did not play in the Masters when it moved to November last year because of surgery on his left wrist. Cabrera played five times in August and September on the PGA Tour Champions circuit for players 50 and older.