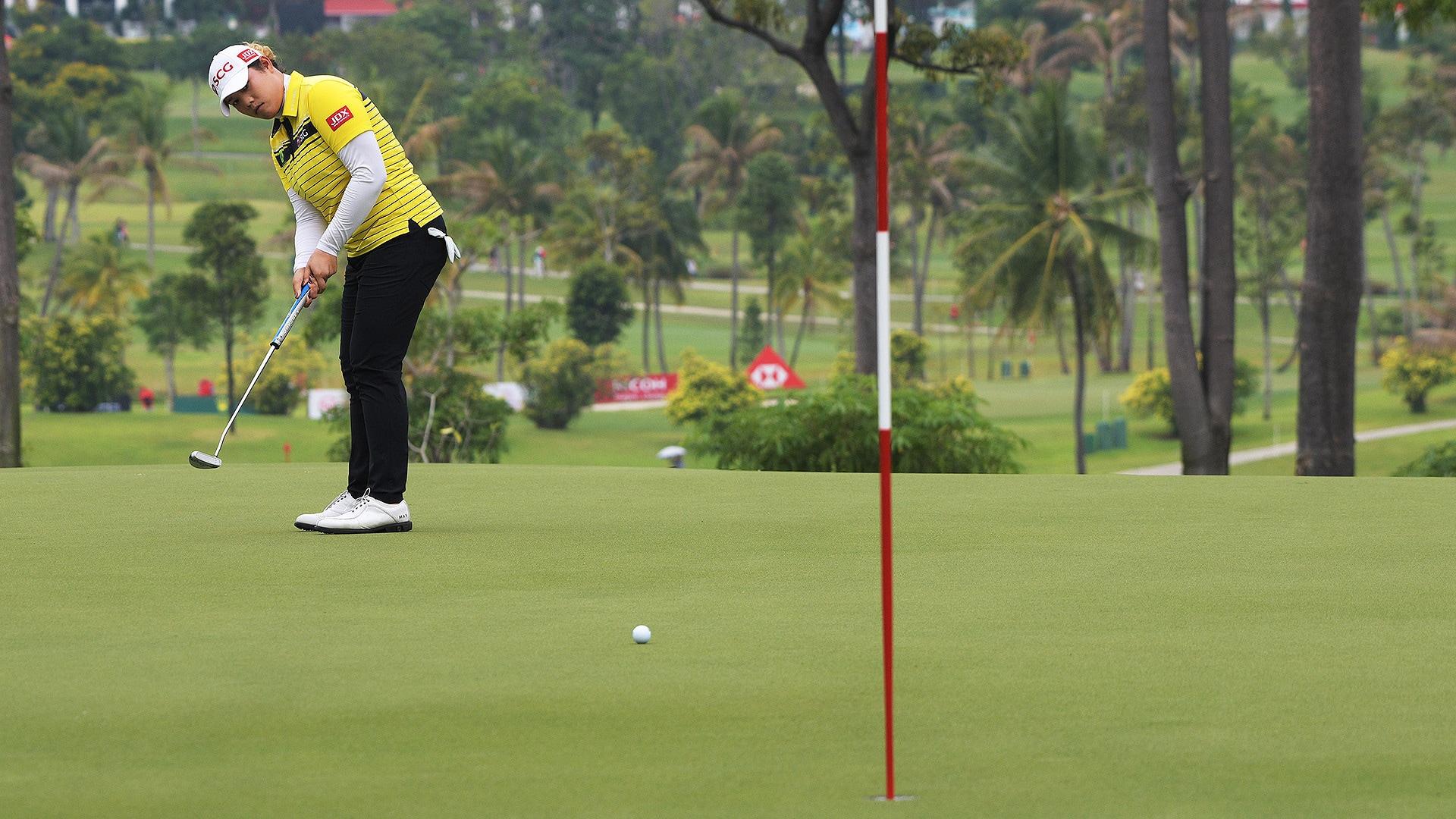 SINGAPORE – No. 1-ranked Ariya Jutanugarn's 10-foot birdie putt on the 17th hole gave her a 4-under 68 and a five-way share of the first-round lead at the HSBC Women's World Championship on Thursday.

Tied with Jutanugarn were No. 3 Minjee Lee, Amy Olson, Yu Liu and Celine Boutier, who won her first LPGA tournament three weeks ago at the Vic Open in Australia.

World No. 2 Sun Hyun Park bogeyed 18 after hitting her approach into a bunker for a 69 to drop into a seven-way tie for sixth, one stroke behind the leaders.

After an eagle on the eighth, her second-last hole, Olson just missed a 30-foot birdie putt on the ninth hole.

''It's not a long par 5 but it's a very challenging approach shot from that far,'' the American said of the eighth. ''You can't be short because you'll be in the hazard, and then it's a really tough bunker shot for that pin if you go over the green.

''I hit a really nice, high shot, so it would come in soft and it just ended up being perfect.''

Scoring conditions on Sentosa Golf Club's Tanjong layout were difficult most of the day Thursday due to gusty winds and slick greens.

''They have been pretty fast, but it's really tough because it's really firm,'' Jutanugarn said. ''It's so tough to hit like close to the pin. I missed lots of putts but also made a few putts.''

Former No. 1 Lydia Ko shot 72, as did Lexi Thompson and Cristie Kerr. Nelly Korda, who won the Women's Australian Open two weeks ago, had 74. Brooke Henderson dropped four shots in two holes on the eighth and ninth and had a 75. 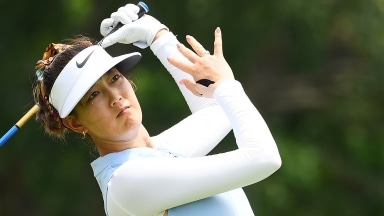 Defending champion Michelle Wie withdrew with a recurrence of a right hand injury. Wie, making her second start of the season after surgery on her right hand earlier this month, was 10 over after 14 holes when she withdrew while playing the 15th. She was holding her right wrist and hand as she walked up the fairway.

Wie fractured her hand and sustained extensive neck injuries in a car accident two years ago.

The 29-year-old Wie played in last week's LPGA Thailand tournament, where she finished tied for 23rd.

The original 63-player field has no cut. The top 12 players in the world went off in the final four groups Thursday.

Amy Yang, who won last week in Thailand, pulled out with an undisclosed illness after three holes and 3 over. Sei Young Kim also withdrew with a back injury after 12 holes, also while 3 over.