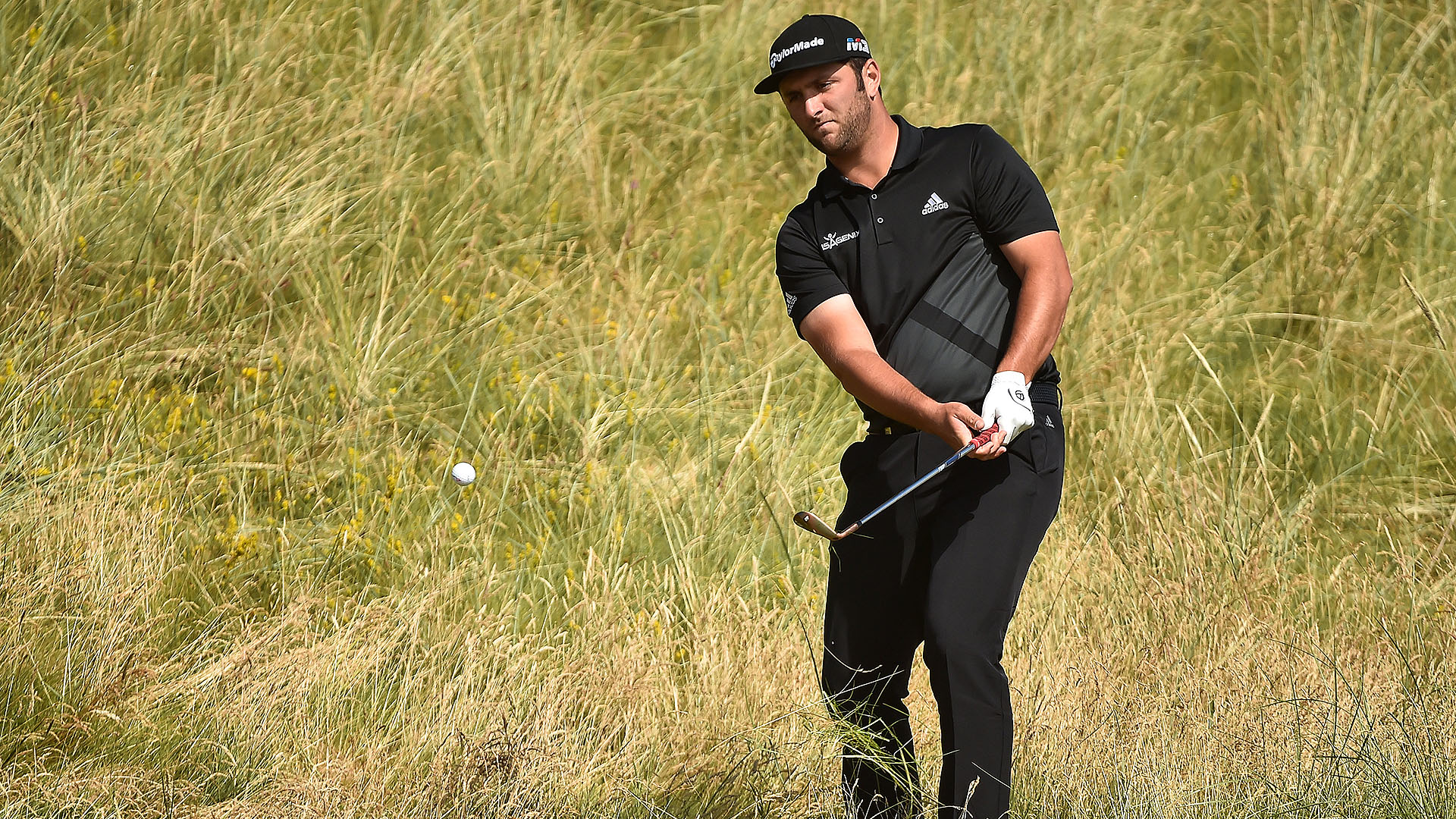 DONEGAL, Ireland – Defending champion Jon Rahm made back-to-back double bogeys around the turn in shooting a 2-over 74 in the opening round of the Dubai Duty Free Irish Open on Thursday, leaving the world No. 5 seven shots behind leader Ryan Fox.

One under par after his first eight holes, Rahm duffed his third shot from the rough at the par-4 No. 18 into a greenside bunker and slammed his club into the turf in frustration. Then the Spaniard drove into a fairway bunker on No. 1 and compounded the error by three-putting from long range.

Rahm pulled one shot back with a birdie at the par-5 fourth hole but he could be battling to just make the cut at Ballyliffin Golf Club on Friday.

Rory McIlroy, the tournament host and ranked No. 8, shot 70 after two birdies on each of the front and back nines, and was in a good position to make a run at an event he won in 2016.

Fox rolled in six birdies in a 67, continuing his impressive form in the prestige Rolex Series events on the European Tour since they were introduced last season. He has played in all 11 of them, securing four top-10 finishes including a tie for fourth at the Irish Open in 2017.

There are three qualifying places for The Open up for grabs to the leading players in the top 10 not already exempt. The 31-year-old Fox played his way into last year's Open courtesy of his placing at the Irish Open.

Padraig Harrington was in the group in a seven-way share of second place, one shot behind Fox, two days after saying he was ''good value'' to win a second Irish Open title.

Harrington won the Irish Open in 2007, two months before claiming his first major title in the British Open at Carnoustie – this year's venue for the third major of the year.

Harrington is ranked 268th in the world and is without a victory since 2016.