Back at Honda, USGA's relationship with Tour pros has improved 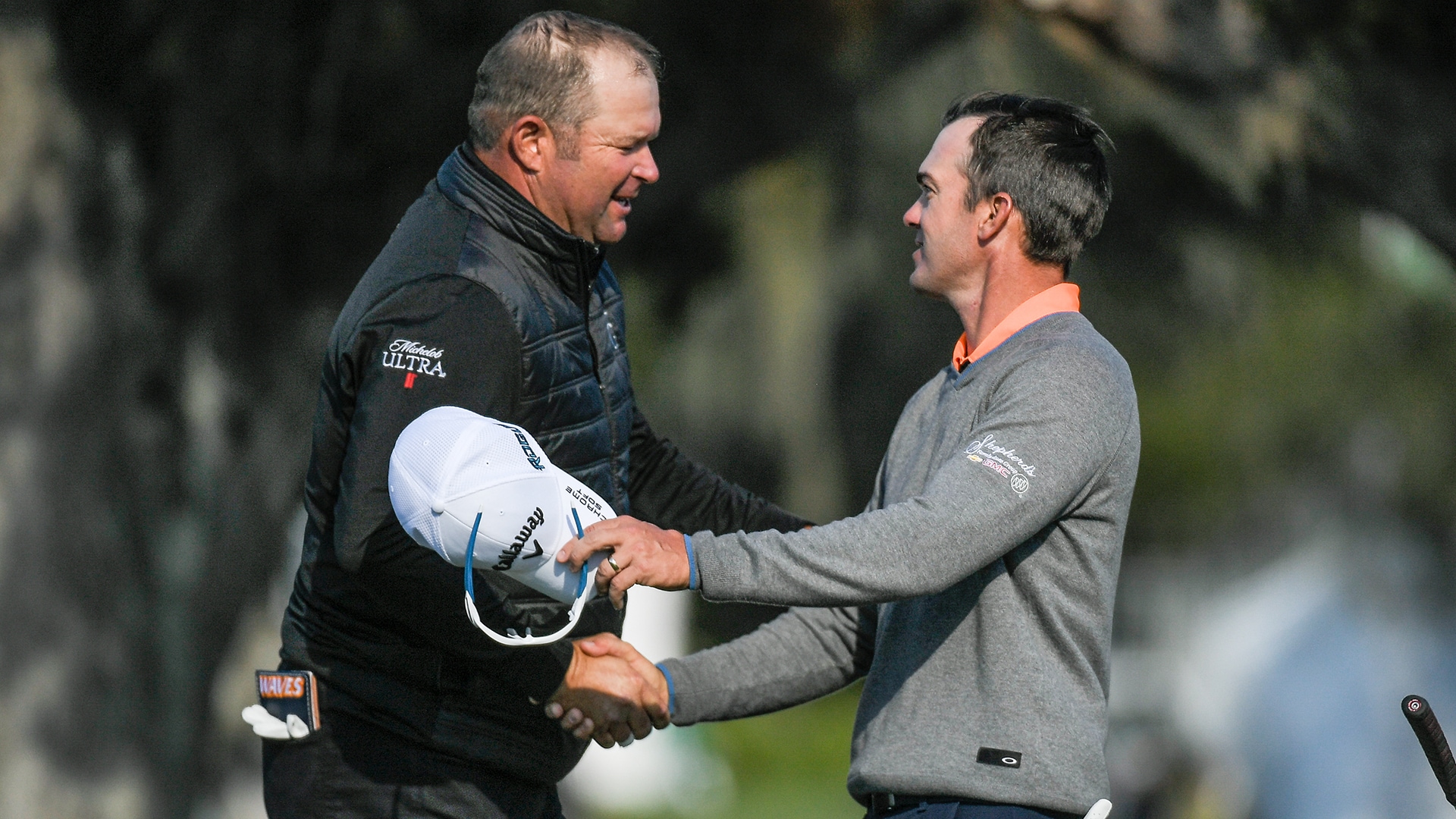 PALM BEACH GARDENS, Fla. – Rickie Fowler let the USGA know how he felt about the governing body’s new drop rule in a symbolically scatological gesture during the first round of the Honda Classic last year.

He squatted as if he were over a toilet before pretending to take his drop.

That’s how the tournament began.

It ended with Justin Thomas revealing he was offended when the USGA called him out on Twitter after he complained about the organization’s lack of communication with pros over the changes in its modernizing of the rules. The USGA did more than hint that Thomas was being disingenuous, tweeting that he canceled meetings with its officials.

“That was inaccurate,” Thomas said.

Like that Fowler drop, the USGA’s relationship with PGA Tour pros appeared to be spiraling down a toilet at PGA National last year.

Jim Furyk, a 17-time PGA Tour winner, worried about where the growing rift might lead.

“I think the USGA’s heart is in the right place,” Furyk said after the final round. “I really feel like it would be good for both parties if that relationship were stronger.”

With Gore leading a full-time staff dedicated to improving player relations, much has changed with the Honda Classic set to begin at PGA National.

“I think the communication is way better,” Gary Woodland, the reigning U.S. Open champion, said as he prepared to play a practice round Tuesday. “Jason’s helping smooth things over. He’s a favorite out here.

Gore is out at one to two PGA Tour events a month.

“It’s definitely been a step in the right direction,” 12-time PGA Tour winner Zach Johnson said. “They’re certainly making the effort and putting forth the time and resources to cultivate a healthy relationship.” Rickie Fowler's viral drop Thursday at the Honda Classic was as amusingly crude as it was eloquent. It was a manifesto of imagery.

The fact that the U.S. Open came off without any controversial setup gaffes at Pebble Beach last summer helped after yet another debacle at Shinnecock Hills the year before. So did the successful operation of the U.S. Women’s Open at the Country Club of Charleston after complaints about course and infrastructure setups at Shoal Creek the year before.

“Having played on the PGA Tour myself for 22 years, these are guys I played with, guys I have known for a long time,” Gore said. “Having this new role, we’ve provided PGA Tour players with someone they can trust, but also someone who has walked in their shoes. That allows them to speak comfortably, knowing I know exactly with they’re talking about.”

That’s exactly what the USGA needed.

“I think the U.S. Open and U.S. Women’s Open exceeded my expectations, our expectations as a team,” said John Bodenhamer, the USGA’s senior managing director of championships. “For Jason to be out on the course, really listening to players, what they were seeing and hearing, we were able to act on that.”

Gore speaks the language of PGA Tour pros. More than that, he’s a filter, helping the USGA prioritize the many suggestions the players pour on to him.

“We’ve never had that bridge before, not like we have it now,” Bodenhamer said.

Of course, there is that history of rough water running under the bridge. There’s a long history of PGA Tour player frustration over U.S. Open setups and rules issues.

“It’s an ongoing process,” Bodenhamer said. “We’re in it for the long term, but we feel really, really good about the steps we’ve taken.”

“We just feel knowing these differing perspectives will make us better,” Bodenhamer said.

There will be future challenges, maybe severe ones.

With the new Distance Insights Project, with the aim of curbing unrelenting distance gains in the game being studied, there’s bound to be divisions of opinions even within the player ranks.

“I haven’t heard any beefs with the USGA of late, but there’s going to be a lot more to talk about over this distance report,” Ryan Palmer said. “Where’s that going to go? I don’t know.”

Former world No. 1 Luke Donald likes that communication is more open now, but he believes it's important the USGA stand its ground against players when it’s required.

“They certainly need to do the right thing, rather than just what the players want,” Donald said. “Sometimes, out here on the PGA Tour, things are driven a little too much by the players.

“We’re a players tour, and if players start moaning and griping a lot about this or that, the Tour can listen a little too much. Sometimes, the USGA doesn’t listen enough to the players and sometimes the PGA Tour listens too much.

“I think maybe the gap needs to be narrowed a little bit on both sides.”

Donald can be sure the USGA will hear that, too.