Balance of power: Is golf shifting away from era of raw distance? 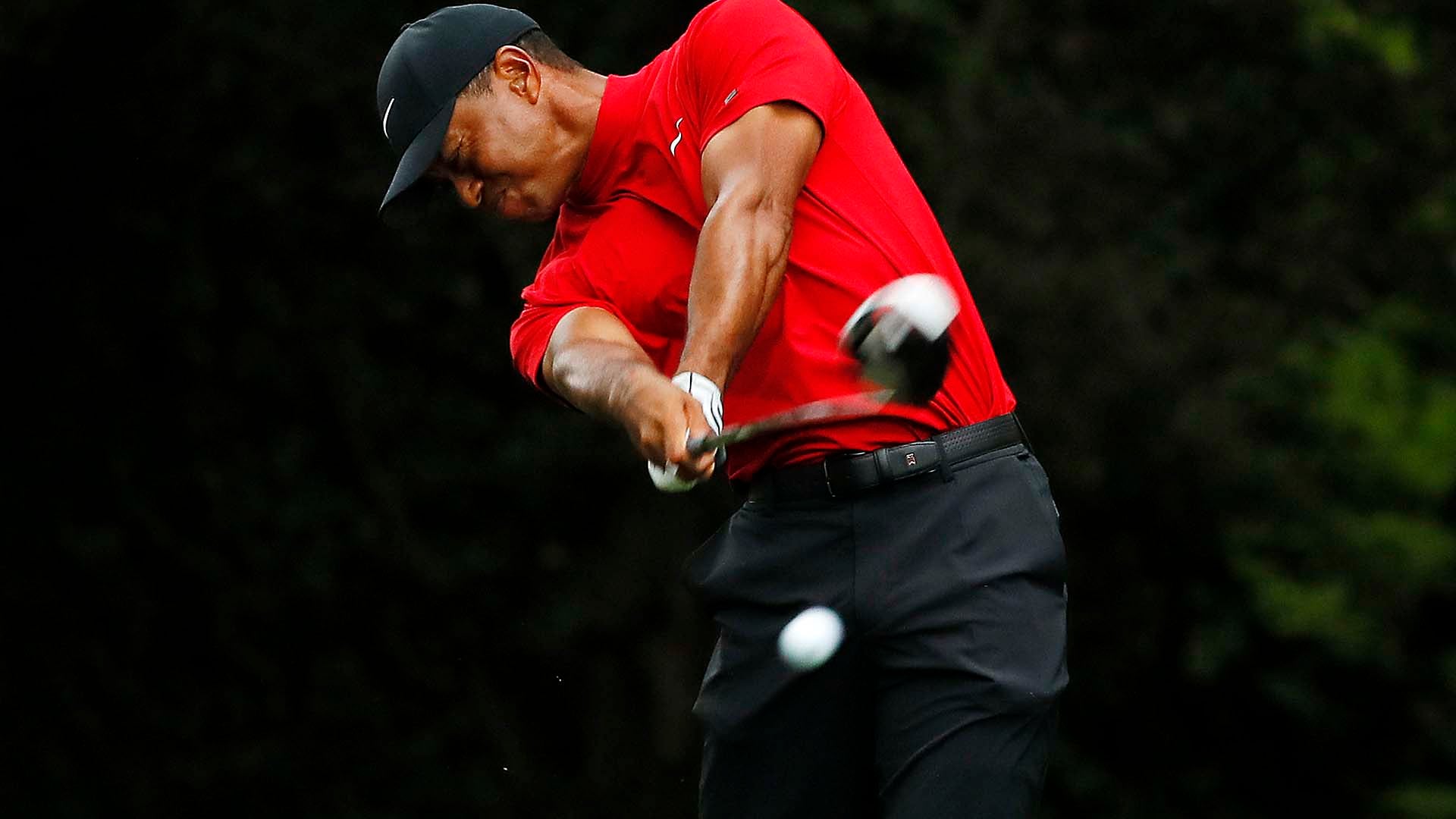 The ruling bodies of sports at their highest levels are charged with making adjustments that keep up with the evolution of athletes, equipment and strategies.

Pro football, with so many intricately planned plays that start from specific formations, is probably the most proactive in making changes designed to keep the battle between offense and defense in balance.

A new book about the NBA, “Sprawball” by Kirk Goldsberry, examines the evolution and ramifications of the three-point shot. How, according to the author (a senior analyst for Team USA Basketball) the ever-improving accuracy of long distance shooters is creating a monotonous style of play and causing the near extinction of the midrange jump shot and post play by centers. Goldsberry believes the three-point line should be moved back to stop the decline of other skills and open the game to more styles of play.

In the MLB, the increased preeminence of the strikeout (which has fed a vicious cycle of more miss-prone home run swings) has created a sport of more pitches and fewer balls in play, amounting to less action and display of skill (on the bases and on defense) over a longer period of time. MLB Commissioner Rob Manfred is aggressively advocating for a pitch clock, while those hungry for old school skills are pushing for the lowering of the mound to help batters put more balls in play.

Golf, which Jackie Burke brilliantly called “a stick and ball the game of constant adjustment,” has nonetheless arguably been the slowest to make adjustments to keep the professional game in balance.

There are a lot of complicated reasons for this, but also signs that change could be in the offing. Driven in part by a growing acknowledgement that the age of “bomb and gouge” (in which a long drive that ends in the rough has been statistically judged to be better than a short one in the fairway) has reached diminishing returns.

The major influencer has been Tiger Woods’ dramatic victory at the Masters. Suddenly, a 43-year-old is the most relevant player in the game – not just because Woods is always the center of attention – but for his style of play. After sacrificing some distance to get more drives in the fairway, Woods has shown that the completeness of the rest of his game – particularly his superior iron play – might give him a net advantage on the competition.

And there have been other dominoes.

Fred Ridley’s comments about the short par-5 13th hole at Augusta – which now has room to be lengthened by as much as 60 yards – put a sharp focus on the distance issue. Ridley said the hole no longer plays as intended by designers Alister MacKenzie and Bobby Jones, who wanted to give players an option – after a good drive – of using a fairway wood or long iron to go for the green in two. Instead, because players now routinely hit middle and short irons into the green, Ridley said that what Jones believed should be a “momentous decision” is “to a large extent, no longer relevant.”

But Ridley made it clear he would rather Augusta National not change the physical dimensions of the hole. Rather, he tacitly encouraged the USGA and the R&A to implement new equipment (clubs, ball, or both) regulations that would roll back distance so that the “momentous decision" was restored. He concluded that “we have to face the reality that quite a few of these players hit the ball prodigious distances, and we do have to deal with that.”

Similarly, Edoardo Molinari’s recent decision to use Twitter to publish a previously confidential list of European Tour players who have been “timed and fined” according to the tour’s pace-of play-policy is significant.

Molinari was raging against the prevalence of five-and-a-half hour rounds. In the most basic way – more yards to walk – the constant lengthening of courses is making rounds slower. But so is the players’ greater dependence on analytics like green books, which encourage longer pre-shot routines including extended conversations with their caddies. Significantly, the European Tour has tried a 40-second shot clock (last October at the Austrian Open, with few complaints) as an objective way to speed things up. Another would be a playing implement rollback that would allow courses to have less overall yardage without sacrificing challenge.

Moreover, besides Woods, other 40-somethings who give up distance (but not necessarily know-how) to their younger counterparts are having notable success. Matt Kuchar, 40, has won twice and leads the FedExCup points race. Other winners include Paul Casey (41), Ryan Palmer (43), Charles Howell III, who turns 40 next month, and Graeme McDowell, who turns 40 in July.

Then there’s the oldest 2019 winner of all, 48-year-old Phil Mickelson. For all his old-school skills, Mickelson began the season effusive about adding several miles per hour in swing speed and hitting more “bombs,” and he won in February at the AT&T Pebble Beach Pro-Am. Since then, however, Mickelson’s best finish is T-18 at the Masters, and he has spoken of changing his focus to hitting more fairways.

The pendulum moves slowly in golf. But after several years of swinging toward the advantages of raw power, there are real signs it is returning in the direction of accuracy and precision. Like all sports, professional golf is better when its skill sets are in balance.