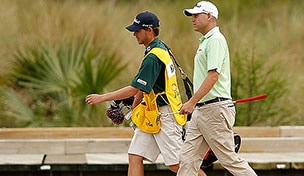 Getty Images
CANONSBURG, PA - SEPTEMBER 03: Mark Anderson chips to the first green during the second round of the Mylan Classic presented by CONSOL Energy at Southpointe Golf Club on September 3, 2010 in Canonsburg, Pennsilvania. (Photo by Gregory Shamus/Getty Images)  -

After 54 holes, the leaderboard at the Shell Houston Open can be characterized by one word: crowded. Here's the skinny heading into the final round, where a pair of players share the lead at Redstone Golf Club:

What it means: With 18 holes to go, this event remains wide open. While Haas and Cink share the lead heading into Sunday, 15 players will begin the final round within two shots of the lead. As Redstone Golf Club has allowed both exceptionally high and low scores throughout the week, the outcome of Sunday's final round remains anyone's guess.

Round of the day: Last year, Oosthuizen used a high finish in Houston to propel himself into a playoff appearance at the Masters. Saturday, the South African again played his way into contention, carding a bogey-free 65 to move up 31 spots on the leaderboard. Oosthuizen began slowly but carded six birdies in a nine-hole stretch from Nos. 8-16. At 9 under, he will begin the final round just two shots off the pace.

Best of the rest: Currently struggling through a sophomore slump, Cauley offered a glimpse of the game that helped him to a successful rookie campaign in 2012. Cauley, who has missed six cuts in eight starts thus far in 2013, rebounded from a 2-over 74 Friday to card eight birdies against just one bogey Saturday. His 7-under 65 moved the former Alabama standout into a tie for seventh entering the final round.

Biggest disappointment: One of the more consistent players on the PGA Tour across the last 15 months, Brendon De Jonge entered the third round inside the top 10. Three birdies were offset by a trio of bogeys on Saturday, though, and the Zimbabwean fell outside the top 25 after an even-par 72 during a third round where low scores were abundant.

Main storyline heading into Sunday: Who can emerge from a crowded leaderboard? Several among the leaders are seeking their first career win, while others are looking for their first PGA Tour victory in several years. With so many players beginning the round in contention, Sunday could shape up as an exciting shootout in the Lone Star State.

Shot of the day: Having barely made the cut, Chez Reavie began his round with a bang at the par-4 third. Reavie had 146 yards left for his approach to a green guarded by water, but after holing the shot for an eagle 2, the veteran moved to 4 under overall.  After playing the next 15 holes in 2 under, Reavie will now begin the final round at 6 under for the week, just five shots off the pace.

Quote of the day: 'I could see something like this coming. I'm just excited for the opportunity and to tee off late on Sunday.' – Cink, who is in position for his first win since the 2009 British Open. 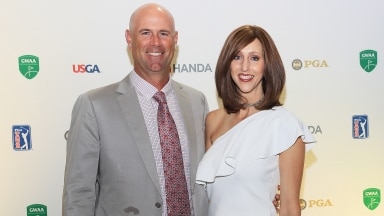 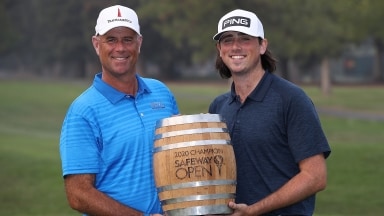