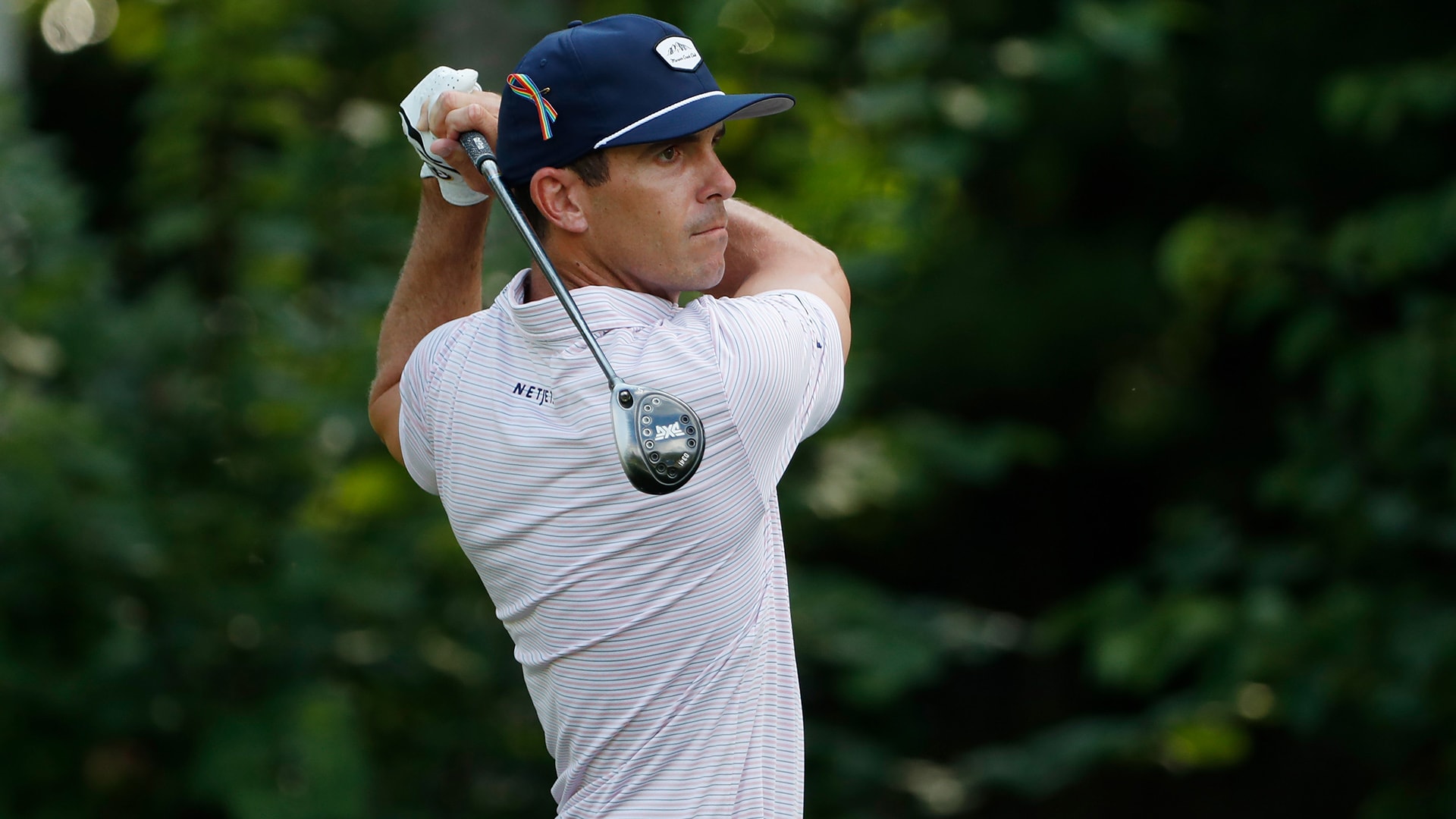 GREENSBORO, N.C. — Tom Hoge maintained a share of the lead Friday at the Wyndham Championship, this time alongside Si Woo Kim, Talor Gooch and Billy Horschel.

Hoge, tied for the first-round lead with Harold Varner III and Roger Sloan, kept in front with a steady 2-under 68 to get to 10-under par.

Hoge, whose best-ever tour finish was a second at The Greenbrier this season, was asked what it would take for his first PGA Tour win.

The answer could be as simple as regaining his first-round form when he had seven birdies, an eagle and one par. This time, Hoge was more up and down with five birdies and three bogeys.

Kim, whose first tour victory came here in 2016 and made history a year later as the youngest-ever winner of The Players Championship, shot a 65 to move up.

Kim got it going on the front nine (his final nine) after starting with nine consecutive pars. He had six bogeys coming in, including the final two holes to move on top.

Kim's approach shots down the stretch were on target - his final five birdie putts were all from 12 feet or closer.

He said the rough at Sedgefield Country Club was ''more sticky and deep'' this year.

Like Hoge, the 28-year-old Gooch is seeking his first tour victory. Like Kim, Gooch shot 65 to get into the foursome on top.

It was the first time on tour Gooch, who opened with a 65, had multiple rounds that low in the same event. He had six birdies, including two of his final three holes, to move up.

Horschel shot 64 and had birdies on four of last six holes, including a tricky 7-footer on his final one, the ninth, to join the lead group. Horschel won the 2014 FedEx Cup and said this time of year charges him up.

''I like it when the pressure's on and everyone's looking at you and you need to step up and doing something special,'' he said.

Lowry did not get to defend his major when the tournament was cancelled due to the global pandemic. He also entered the week at 131 in FedEx Cup points, outside of the upcoming playoffs.

After a bogey on his second hole, Lowry had six birdies and an eagle to move into contention.

''Obviously, I'm outside the FedEx Cup number and out of Boston next week, so I need to keep playing some good golf and try and polish off a good week,'' he said.

Kokrak was in a group of seven one shot further back along with past Wyndham champ Webb Simpson, who shot his second straight 66.

A pair of major champions in the thick of last week's PGA Championship in Brooks Koepka and Justin Rose did not make the cut.

''Not physically tired, more mentally,'' said Koepka, who's played in sixth straight tournaments with the playoffs ahead. ''But I've got the weekend off.''