Group of dearth: The highs, lows and hopes of a trio at Pebble 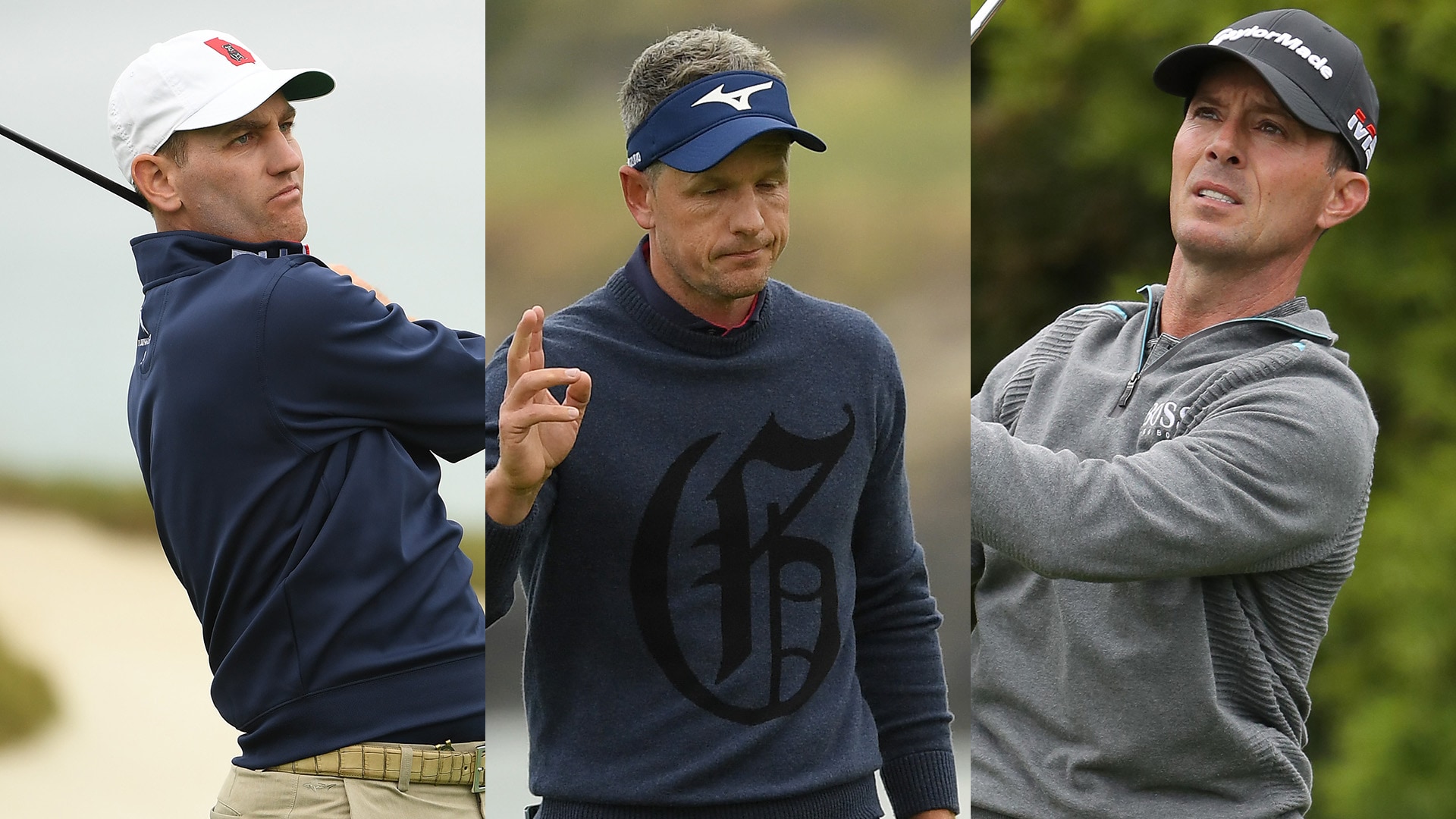 PEBBLE BEACH, Calif. – On a cloudy morning with a cool breeze blowing in off the nearby coast, the U.S. Open began for three of golf’s cautionary tales.

You’d struggle to find a better reminder of the fleeting nature of form than the 7:29 a.m. PT group off the 10th tee Thursday at Pebble Beach. It was here that Mike Weir, Brendon Todd and Luke Donald all began their quest for major glory, each having stared into the abyss and lived to tell the tale.

In a sport that prides itself on being a meritocracy, no tournament better exemplifies that aspect than the U.S. Open. If you’ve got the chops and the entry fee, you can step to the tee and try to earn your way into the field. The offer also stands for PGA Tour winners, or major champions, or former world No. 1s, all of whom have summited various peaks of the proverbial mountain only to tumble back down in jarring fashion.

Officially, there was no rhyme or reason as to why these three men with such similar trajectories found themselves grouped together for the first two rounds, each having survived a 36-hole sectional qualifier to earn a crack at Pebble Beach. But the USGA sometimes has a knack for weaving together certain unspoken themes with their groupings, like in 2014 when they created a “heavyweight” trio at Pinehurst that included Kevin Stadler, Brendon de Jonge and Shane Lowry – none of whom have been mistaken for svelte.

While the theme for this group ran a little deeper than physical appearance, it wasn’t lost on Todd when he first got a peek at the tee sheet.

“It was funny. I kind of laughed,” Todd said. “Good on the USGA, I think they kind of do stuff for a reason. I’ve got to think that the three of us are thrown together as guys who have previously had good form in big events and haven’t had it in a while, so let’s bunch this group together.”

For Todd, those previous highs include a win at the 2014 AT&T Byron Nelson over, of all people, Weir. The next month he contended at Pinehurst, finishing T-17 in his very first major start, and that summer he cracked the top 50 in the world rankings. But soon after the wheels came off in spectacular fashion, and when Todd’s two-year Tour exemption for that Nelson win expired he didn’t even have enough game to retain Web.com status.

“It was basically the ball-striking yips. Every time I played I would hit a 4-iron or a 3-wood 50 yards right, and I knew why but I couldn’t really fix it,” Todd said. “When the misses get so big that it’s an automatic double bogey, narrowing that miss up is hard. Because the psychological challenge of not thinking about how far off-line you could hit it is very difficult.”

While he first felt a spark last fall, shooting 63 in the final round of Q-School and a 61 to Monday qualify into the RSM Classic, Todd’s now ranked No. 999 and in a position where a Web.com card would be a welcome sight.

If there’s a player in the field who could sympathize with Todd’s plight, it’s likely Weir. The first Canadian to win a major did so 16 years ago at the Masters, reaching as high as No. 3 in the world. He won eight times on Tour, and he toppled Tiger Woods in a memorable singles’ match at the 2007 Presidents Cup. But soon thereafter it all fell apart, as Weir bounced from one ill-fated swing change to the next while battling issues with both injuries and confidence. In 28 worldwide starts in 2015-16, he didn’t make a single cut.

Having turned 49 last month, he’s playing this season primarily off a Web.com Tour exemption for players who are approaching their PGA Tour Champions debut. It’s something of a stopgap that created the curious itinerary of Weir playing the Masters in April, then traveling to Alabama for a Web event the very next week. But he’s begun to show brief glimpses of promise, including rounds of 69-67 at the Dallas sectional where Todd shared medalist honors.

Of the three, Donald seems most likely to return full-time on the PGA Tour, equipped with a medical extension stemming from a back injury that sidelined him for much of last year. The Englishman spent more than a year ranked No. 1, but his attempts to alter his swing to keep up with longer hitters backfired. Donald fell as low as 919th in the world in March, and his most recent worldwide win at the 2012 Valspar pre-dates Jordan Spieth’s professional debut.

“Obviously it’s been a little bit of a tough patch the last few years with some injuries and some golf that hasn’t been up to my standard,” Donald said. “But anytime you can go through a tough thing like that, through some adversity, I think you grow as a player.”

Facing a layout that favors precision over sheer length, all three players had moments Thursday that showed exactly how they reached their previous heights and gained entry into this week’s field. Todd was steady over his first nine, making the turn in even, while the normally stoic Donald elicited a fist pump after rolling in a 24-footer for birdie. Weir’s shot on the short seventh hole nearly went in for an ace, allowing for an easy birdie that drew cheers of “Weirsy” and “green jacket,” a reference to his tangible reminder of greatness that a lifetime worth of missed cuts can’t erase.

But showing signs and sustaining success are two different matters, and eventually the amplified miscues added up. Donald and Todd both signed for rounds of 1-over 72, each within striking distance of making the cut. But Weir stumbled to a 74 in his first U.S. Open round since Merion in 2013, tallying more bogeys (eight) than greens in regulation (six).

“I’m disappointed. I just didn’t get the ball in the fairway enough,” Weir said. “I made lots of birdies and I’m hitting my irons good. I just missed it on the wrong side of the hole, which you can’t do around here.”

Before too long, though, he was back on the range, trying to inch back toward his previous form one divot at a time. Like his playing partners, Weir took solace from qualifying for this week’s major, having perhaps taken for granted his spot in the field during the peak of his career.

These days, nothing comes easy. The breaks that once flowed freely in their direction now must be forged by hand, and each tournament start must be earned.

But there’s solace to be had in a sport that affords ample room for merit-based achievements, especially on one of its biggest stages. Even for those whose form has fallen more sharply than the cliffs that intersects the eighth hole at Pebble, hope is nothing more than a tee time tomorrow.