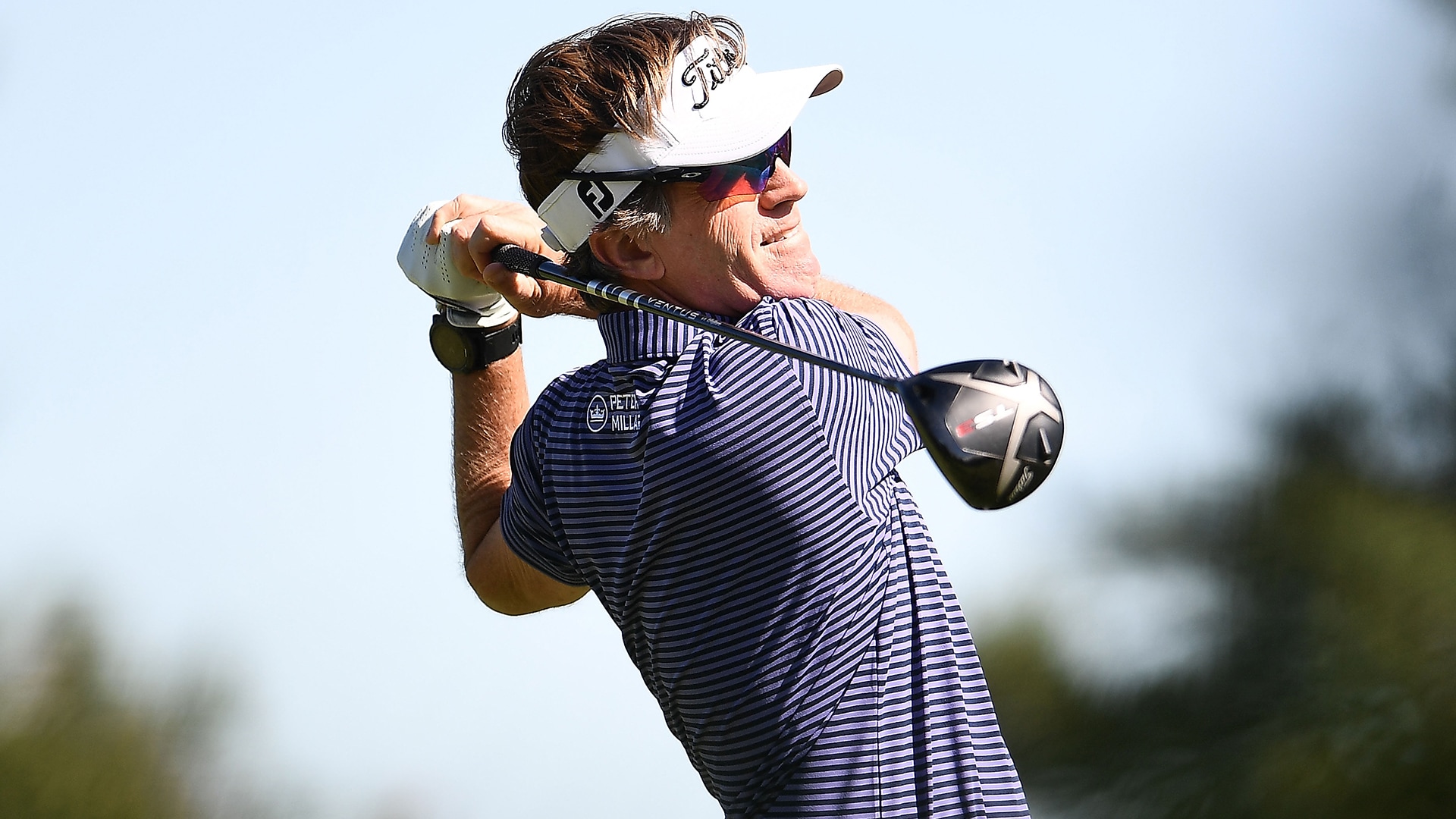 The 50-year-old Quigley won a PGA Tour-sanctioned event for the first time since taking the 2001 Arkansas Classic for his second victory on what is now the Korn Ferry Tour.

Quigley got into the field for the senior tour's first African event as one of the top 10 available players from the PGA Tour's career money list. He had five runner-up finishes in 408 starts on the PGA Tour, earning more than $11 million.

Three strokes behind Ames entering the day, Quigley shot his second straight 6-under 66 to finish at 15-under 201 at Samanah Golf Club. Ames, the leader after each of the first two days, had a 70.

Ames birdied the par-5 16th and par-3 17th to pull within one, with Quigley saving par on 17 with a 5-footer. Ames got up-and-down for par from off the right side of the green on the par-4 18th, making a 7-foot putt, and Quigley ran in a 6-footer for the victory.

“I was able to get myself back into the hunt, make it a little bit more exciting coming down at the end there and I think that's good for me inside," Ames said. “I didn't give up, I kept trying, I grinded the round out. I still got 70 out of it even though I had four bogeys today. At the end of the day I didn't win, but I finished second. It's a good start to the year for me. I'm very happy."

“I think it helped not having been playing too much the last few years," Quigley said. “I had a lot of years off. I had a leg problem, I had three fractured vertebrae, so I've been home for almost seven years raising girls. I think a different perspective."

Quigley saved par on the par-4 13th with a 20-footer to maintain a one-stroke lead over Ames, then made a 40-footer for birdie from the front of the green on the par-3 14th, with the ball banging into flag stick and falling in. Ames bogeyed the hole to give Quigley a three-stroke lead. Both players bogeyed the par-4 15th.

Quigley played a six-hole stretch on the front nine in 5 under — making an eagle on the par-5 fifth and three birdies — and also birdied the par-4 11th.

“Got off to a good start. Then it's funny," Quigley said, “I missed a short one on eight for birdie and then I started thinking about score, thinking about the tournament, just kind of got a little bit in my own way. Somehow hit some good shots coming in and made some big putts."