Ahead of the third start in comeback story, Tiger eschews new, pre-major normal 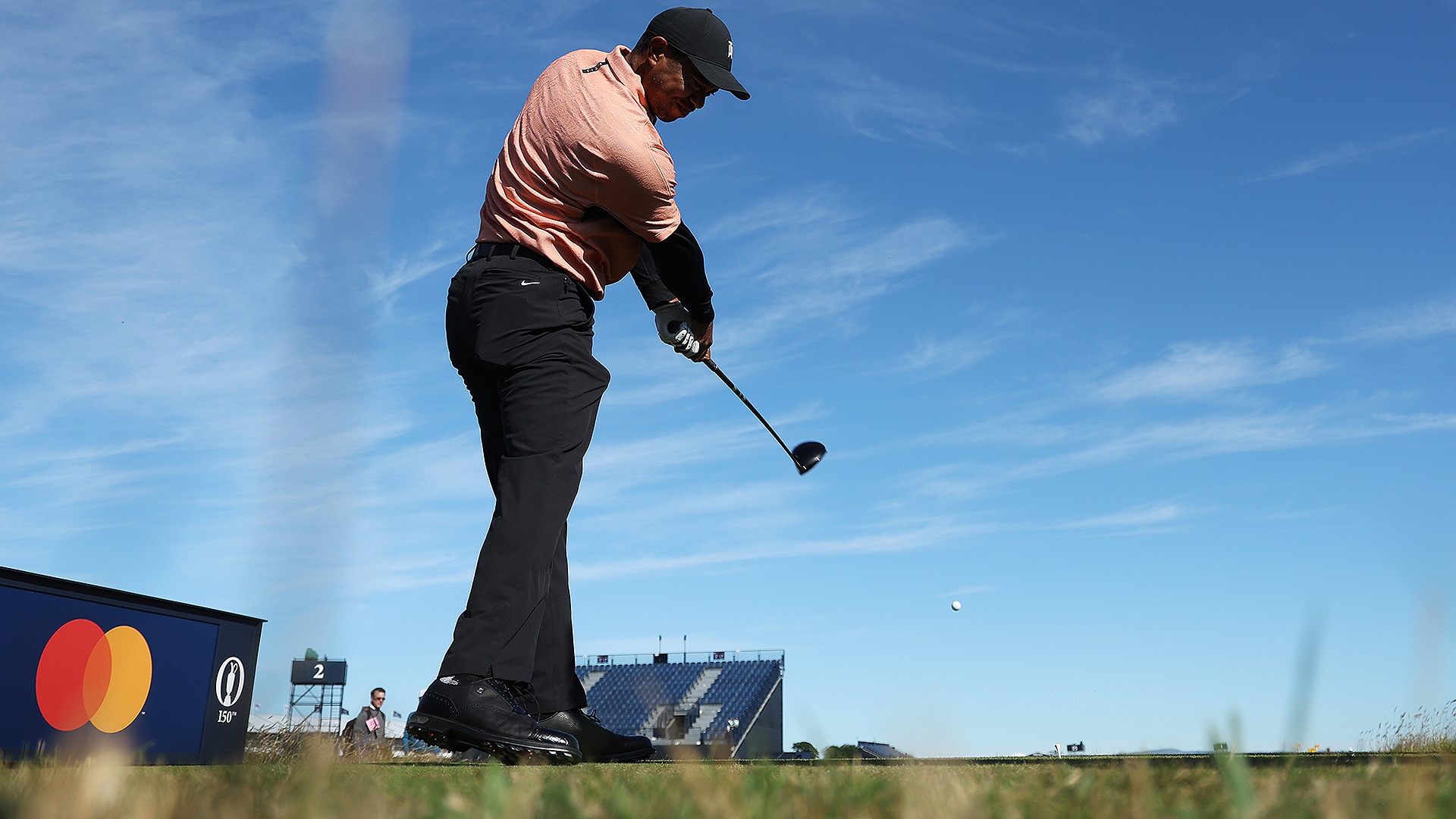 ST. ANDREWS, Scotland – Tiger Woods is getting in his steps ahead of the 150th Open.

At about 7 p.m. local time Saturday, Woods and Justin Thomas headed out onto the Old Course with just a couple of clubs. Their mere presence transformed what had been a tranquil evening into a must-see event on the eve of this historic Open. Down the first fairway, photographers sprinted into position to snap photos of the 15-time major champion making his triumphant return to the home of golf, perhaps, at age 46, for the final time as a non-ceremonial golfer. In the fading daylight, Woods walked all 18 holes, spending most of his time putting and trying a variety of shots around the green to get a feel for the already baked turf. What began as a crowd of a couple dozen (plus a few dogs and maintenance workers in buggies) swelled to about a hundred awestruck onlookers when the group finished up on 18, at about 10:30 p.m.

“It was so sick, man,” Thomas said a day later. “It was really cool. I don’t know why either of us had thoughts that it’d be any less crowded than that, but that’s something that we wouldn’t likely do that at any course in the States, because it’s usually just miss green, go grab a 60 [-degree wedge] and go hit chips, versus the different places you might have to lay it up to, chip, putt, wood, whatever you end up using.”

The duo returned to the first tee about 10 hours later, this time with their full sets.

Before they went off at 8:40 a.m. Sunday, Lee Trevino popped his head out of one of the doors in the R&A clubhouse.

“Hey, you need a fourth?” Trevino hollered at Woods, who was rapping a few putts on the putting green.

“Everything at my age is whippy,” Trevino quipped.

Woods chuckled and headed off with Thomas for a slow, methodical practice round, setting the pace on a busy prep day for those who came behind them, from Phil Mickelson to Will Zalatoris to Collin Morikawa. Throughout the morning Woods and Thomas charted their own course, but on tees and around the greens they also exchanged tidbits of strategy.

“I understand he’s going to be a little withholding of some information,” Thomas said later with a wry smile, “but I’m trying to needle him and get as much out of him as I can, because he's done pretty well around this place.”

Woods is a two-time winner at the Old Course, but never has he played here under such physical distress. In 2015, he missed the cut while playing with a cranky back, though the extent of his injuries weren’t fully known at the time; a few months later he underwent a second microdiscectomy, then had a spinal fusion in 2017. Though those issues still crop up, particularly in cooler conditions, Woods’ chief challenge these days is walking the 72 holes required of tournament competition.

Now three starts into his final chapter, judging Woods’ physical conditioning remains an exercise in lowered expectations. He still walks with a pronounced limp, and at times during the round his gait will speed up or slow down. He often uses his club as a crutch. During his backswing, he doesn’t load as much into his right side. In practice, if caddie Joe LaCava tosses a few balls into different spots around the green, Woods isn’t always keen to hobble after them.

Even with these limitations, remarkably, he gutted out made cuts at both the Masters and PGA Championship. But for the first time in his pro career, he also couldn’t finish a major, opting to pull out of the PGA after 54 holes as his rebuilt right leg was on fire. Woods acknowledged that he wasn’t physically able to compete at the U.S. Open, and only a few weeks ago did he begin ramping up his preparation for St. Andrews, his target goal all year.

As far as walks go, Woods couldn’t have picked two more grueling venues to return to than Augusta National and Southern Hills. And though flat by comparison, the Old Course is also not a smooth stroll, with its hobs, knobs and hollows making each step potentially hazardous.

“I can see both sides,” Thomas said. “It’s definitely flatter, but it’s definitely quirkier. You have a lot more weird steps. But he’s the only one who can answer that.” (Woods said Sunday that he’ll speak to the media twice pre-tournament, following the past champions’ event Monday and during his Tuesday news conference.)

Woods used a cart for much of last week’s JP McManus Pro-Am, where he appeared in good spirits but competitively rusty, carding rounds of 77-74 to finish 39th out of a field of 50 pros. A few days later, he played a practice round with McIlroy at Ballybunion, but otherwise he just rested, recovered and practiced, all with an eye on the Old Course.

“I don’t know when they are ever going to go back while I’m still able to play at a high level,” he said last week, “and I want to be able to give it at least one more run at a high level.”

And perhaps that’s why Woods has eschewed his new, pre-major normal.

At the year’s first two majors, he played no more than nine holes a day, spacing out his practice in order to preserve his brittle body for the opening bell. Sunday’s five-hour spin was the first time this year that he’d logged an 18-hole practice round, and over the course of five hours on a warm Scottish summer day, it was apparent there was much to clean up.

Playing the outward nine in a hurting, left-to-right wind, Woods hit a few spinny drives that got hammered by the breeze and kicked into the right rough. Frustrated with the ball flight, he adjusted his driver head on the ninth hole to add more spin in hopes of being able to hit a holding draw. He borrowed Thomas’ launch monitor to quantify the difference, and he appeared to have better control throughout the remainder of the round.

With the wind coming out of the south-southwest on Sunday (as it is expected to blow for the entirety of tournament week), the back nine played mostly downwind and Woods usually chose iron for position. But he split the fairway on the difficult 17th tee, and then on the home hole, he belted a drive that chased onto the green, about 25 feet away. With about a thousand fans huddled along the boundary fence, Woods left the eagle putt short, but it was still a satisfying end to what had been a taxing test run, what with 36 holes in less than 19 hours.

With that ambitious stretch in mind, someone asked Thomas whether he’d be surprised if Woods challenged this week at The Open, on his favorite course in the world, in his current state.

“No. Definitely not,” Thomas said. “I’ve learned better than to challenge anything about him.”