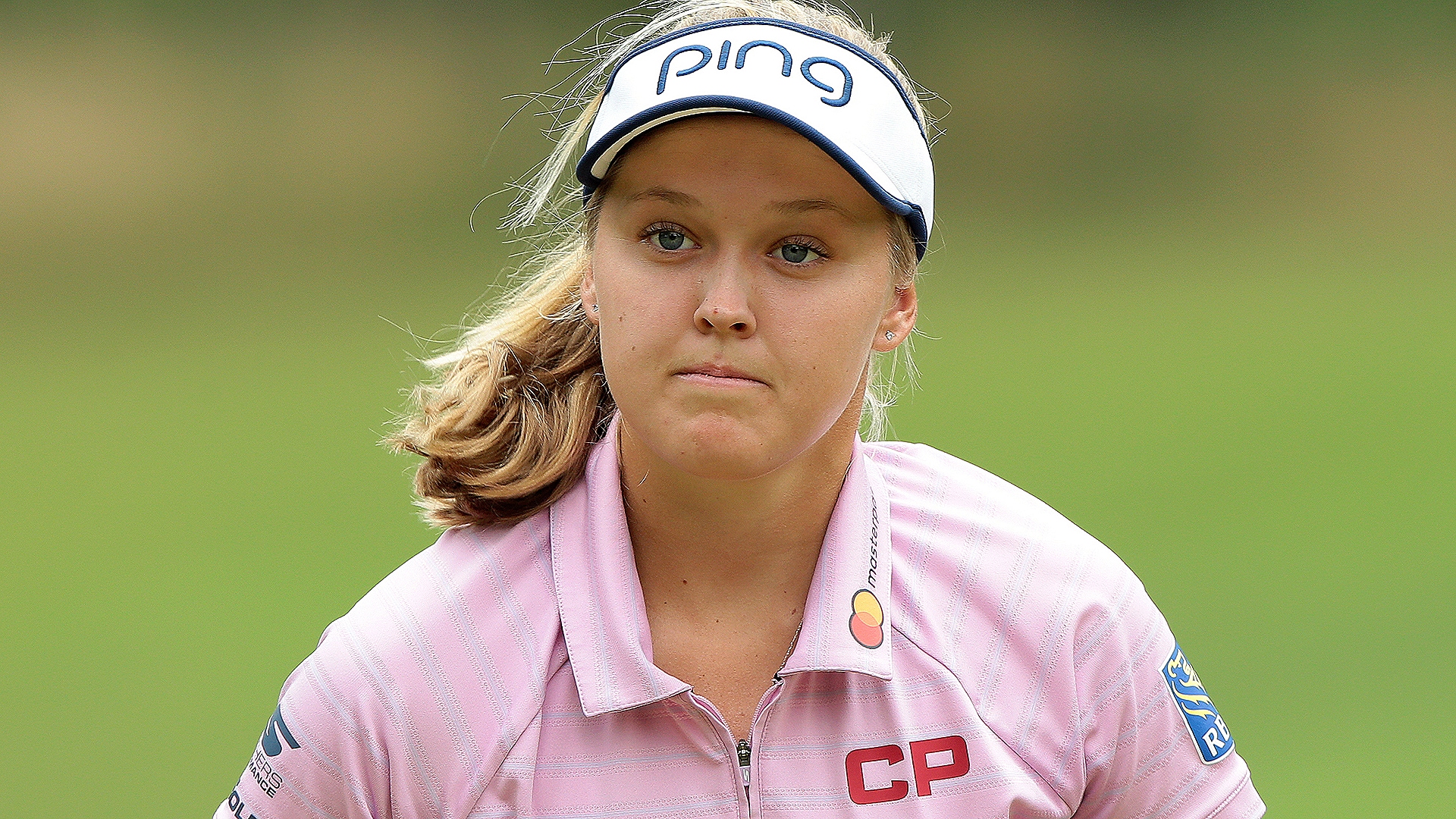 SYLVANIA, Ohio - Brooke Henderson didn't have her best stuff at the Marathon Classic, but she did enough to stay on top of the leaderboard.

The 20-year-old Canadian made three bogeys in Saturday's third round after not dropping a shot a day earlier. A bogey on the par-3 14th dropped her into a three-way tie for the lead, but Henderson responded with a birdie on the par-5 17th to move back ahead by one stroke. She shot a 2-under 69 for a three-day total of 11-under 202 at Highland Meadows.

''I made some birdies but I made some bogeys. I didn't hit it how I normally hit it, so I kind of grinded it out as best I could, and that's good. That's a good sign when you can still shoot under par and not hit it very well,'' Henderson said. ''Just going into tomorrow trying to get back to the way I normally strike it, and hopefully make a lot of birdies.''

Henderson has six LPGA wins, including one earlier this season. This is the fifth time in her career she has held the 54-hole lead. She went on to win on three of the four prior occasions.

Angela Stanford and Brittany Lincicome were one stroke behind. Stanford vaulted into contention with a 6-under 65, which tied for the low round of the day.

Seeking her first win since 2012, Stanford has shot back-to-back 65s after an opening-round 73. She credited a hot putter for her surge.

''I think that's kind of what's kept me in it,'' Stanford said. ''I'm seeing the lines pretty well. I didn't have the speed the first day. I didn't have it at all. I kind of figured it out the last two days.''

Lincicome had a 4-under 67, including birdies on two of the final three holes. In 10 previous Marathon Classics, her best finish was a tie for seventh in 2008.

''This golf course is sneaky tight,'' said the big-hitting Lincicome, who is also seeking her second victory of the season. ''I don't get to hit very many drivers, but even the 3-woods and the hybrids off the tee, you have to keep it in play, and there are a few holes out there that I just pray I get through with a par, and we try to birdie the others.''

Jacqui Concolino was two strokes back while 11 players were three back, including defending champion I.K. Kim and NCAA champion Jennifer Kupcho. The Wake Forest player is in the field on a sponsor exemption.

Caroline Hedwall, who was tied with Henderson after the second round, didn't make a birdie until the final hole and shot 74.