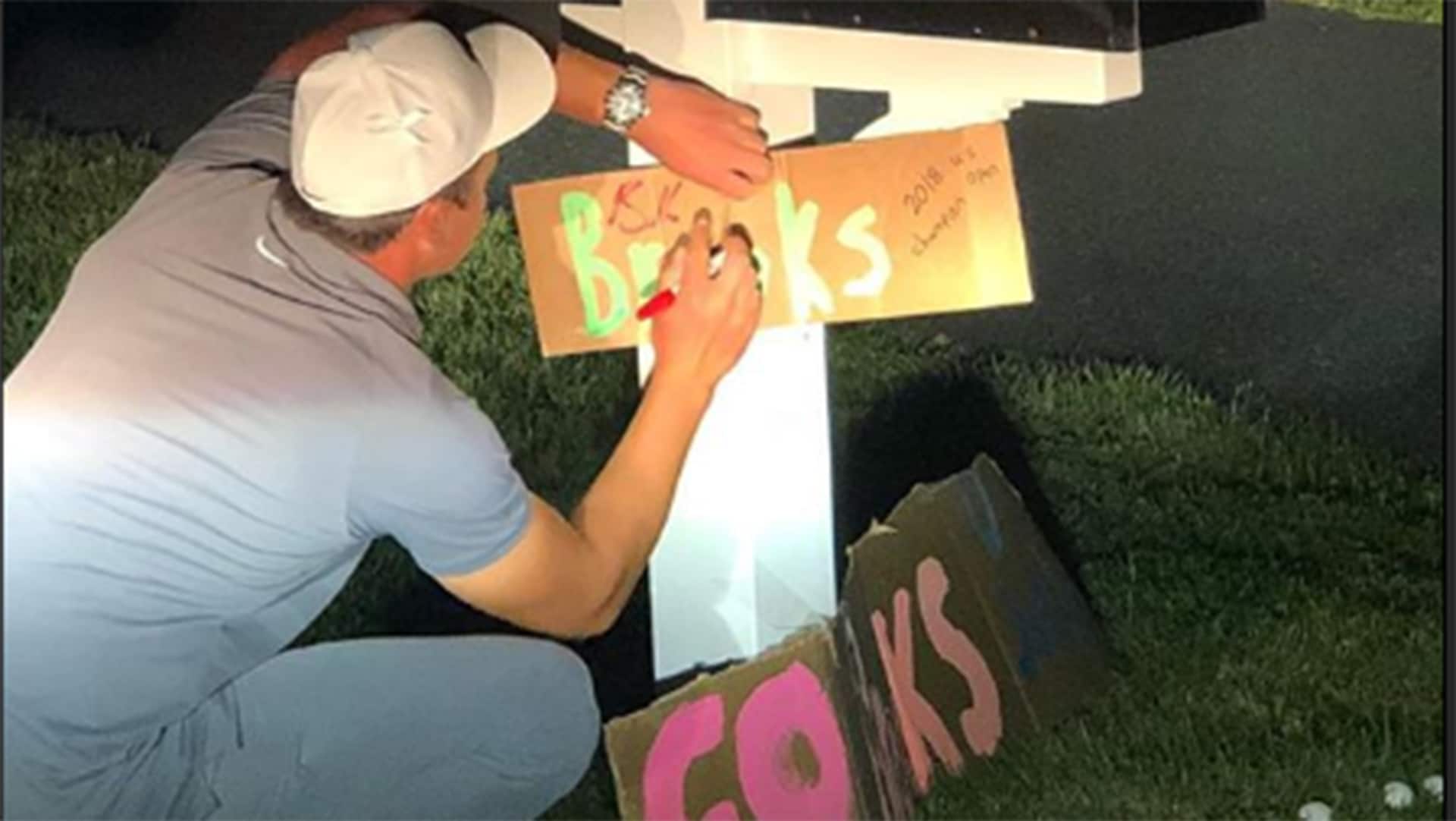 Brooks Koepka is a two-time U.S. Open winner, but that doesn't mean he's now too big to go sign a couple pieces of cardboard in somebody's front yard in the middle of the night.

Koepka's girlfriend, Jena Sims, posted two pictures to her Instagram story on Sunday of "Go Brooks" signs she says were put up by some local kids in the area where Koepka was staying for the week.

The first is dated prior to Koepka's final-round tee time.

The second is from Sunday night.

And here, separately, for no reason in particular (other than the fact that she posted it) is a video of Sims running over a parking cone at last year's U.S. Open at Erin Hills.

Throwback to about this time last year, the same day @bkoepka revoked my chauffeuring privilege.@claudeharmon3

Speaking of kids, just feels those two are gonna make it.