Koepka just a 'regular guy': Best of the rest from Tuesday at the U.S. Open 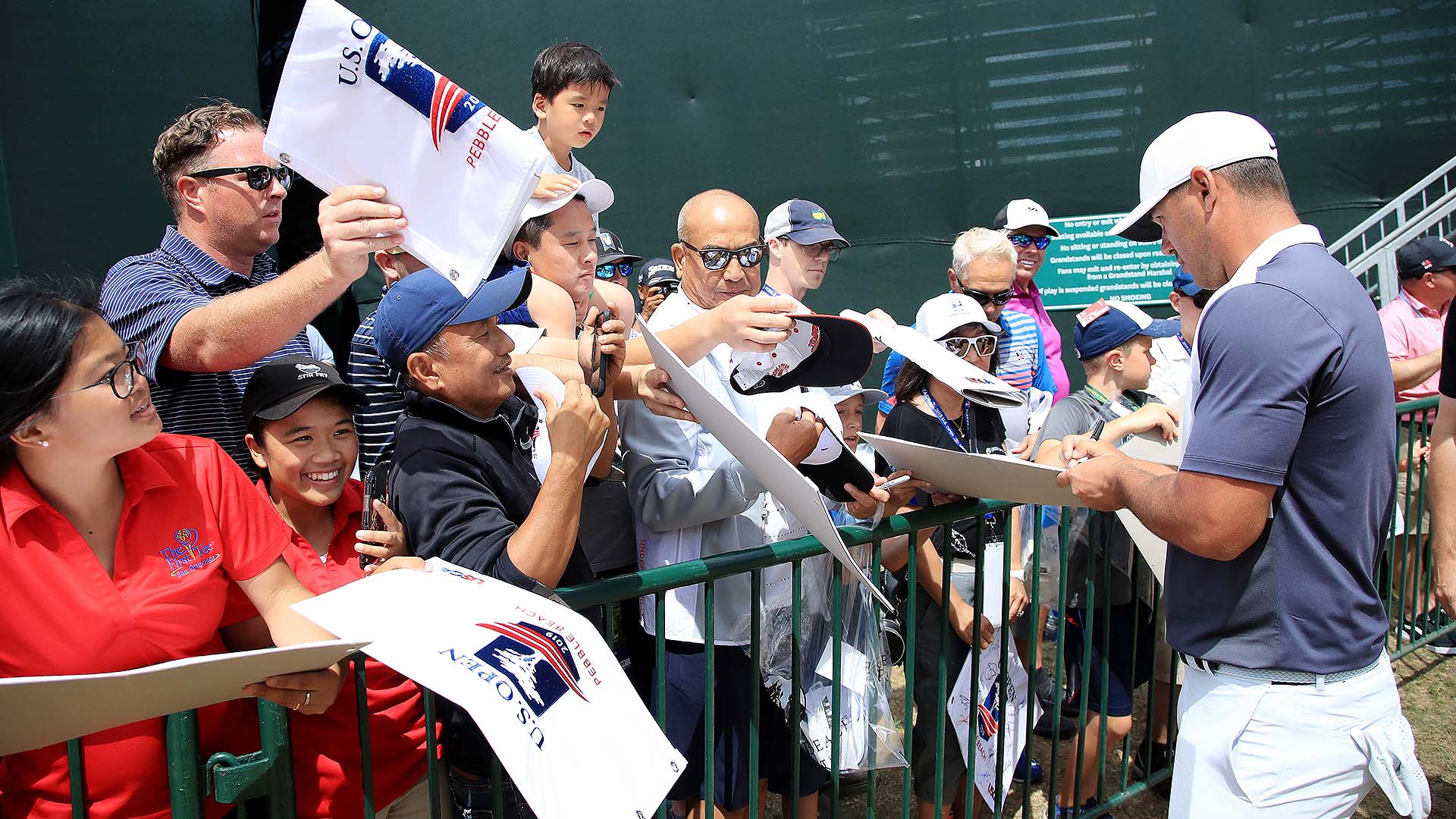 PEBBLE BEACH, Calif. – Tiger Woods, Jordan Spieth and Brooks Koepka were just some of the big names to meet with the media ahead of the U.S. Open at Pebble Beach on Tuesday.

And while they provided plenty of insight into their preparation for the year's third major championship and criticisms of the USGA, that wasn't all they had to say.

Here's the best of the rest on Tuesday at the U.S. Open:

"I view myself completely differently than people view me. I still think it's weird when I walk into a place, and I can see eyes are on me just for dinner. And I'm like, 'What's everybody staring at?' I just view myself as a regular guy, just like everybody else. And I just happen to be really good at golf, and that's it." — Koepka

"It's one of the four majors, and for me my focus is always on the major championships, trying to peak those weeks, trying to contend. That's what it's about for me. We have four Super Bowls a year; this is one of them. So it means a lot. ... There's plenty of inspiration to be the one that's trying to win these championships. And I have no trouble, personally, finding that inspiration, nor would I even if the 30-to-40 year-olds are winning. Like I just mentioned, this is our Super Bowl." — Spieth

"Yeah, just 15 shots, unbelievable. [Tiger Woods in 2000] destroyed everybody else, and I kind of felt sorry for everybody else, I think, really, is what I felt. It wasn't a fair fight at that point." — Justin Rose

"If you're ever going to have a blueprint on a U.S. Open, this is the one." — Ernie Els

"We had a couple glasses of wine and certainly enjoyed ourselves. And it was a great weekend for Irish golfers in general, with Rory [McIlroy] winning and Shane [Lowry] finishing second and me squeezing into Portrush. It was certainly a weekend, a Sunday night that felt it needed a little bit of celebrating, and we did so." — Graeme McDowell, on the plane ride from the RBC Canadian Open to the U.S. Open.

"I think I've seen every Tiger Woods video you can watch. I've seen that Sunday round. You see every single shot. It's like 22 minutes, something like that. I've seen it so many times. I've seen videos of Jack [Nicklaus] winning here, Tom Kite, Tom Watson and Graeme [McDowell]." — Jon Rahm

"I think to be the best — to be the best, you have to be selfish with your time. You have to be almost selfish with your whole career in general, I think. It's really hard. You have to have a really good balance between golf and family life. And then everything else kind of has to fit in, unfortunately. I mean, I feel — I always have the family with me, and that's a very important part to me. I can't sacrifice that. That's the one thing I don't want to sacrifice." — Jason Day