Date with history: Koepka on the verge of another major moment 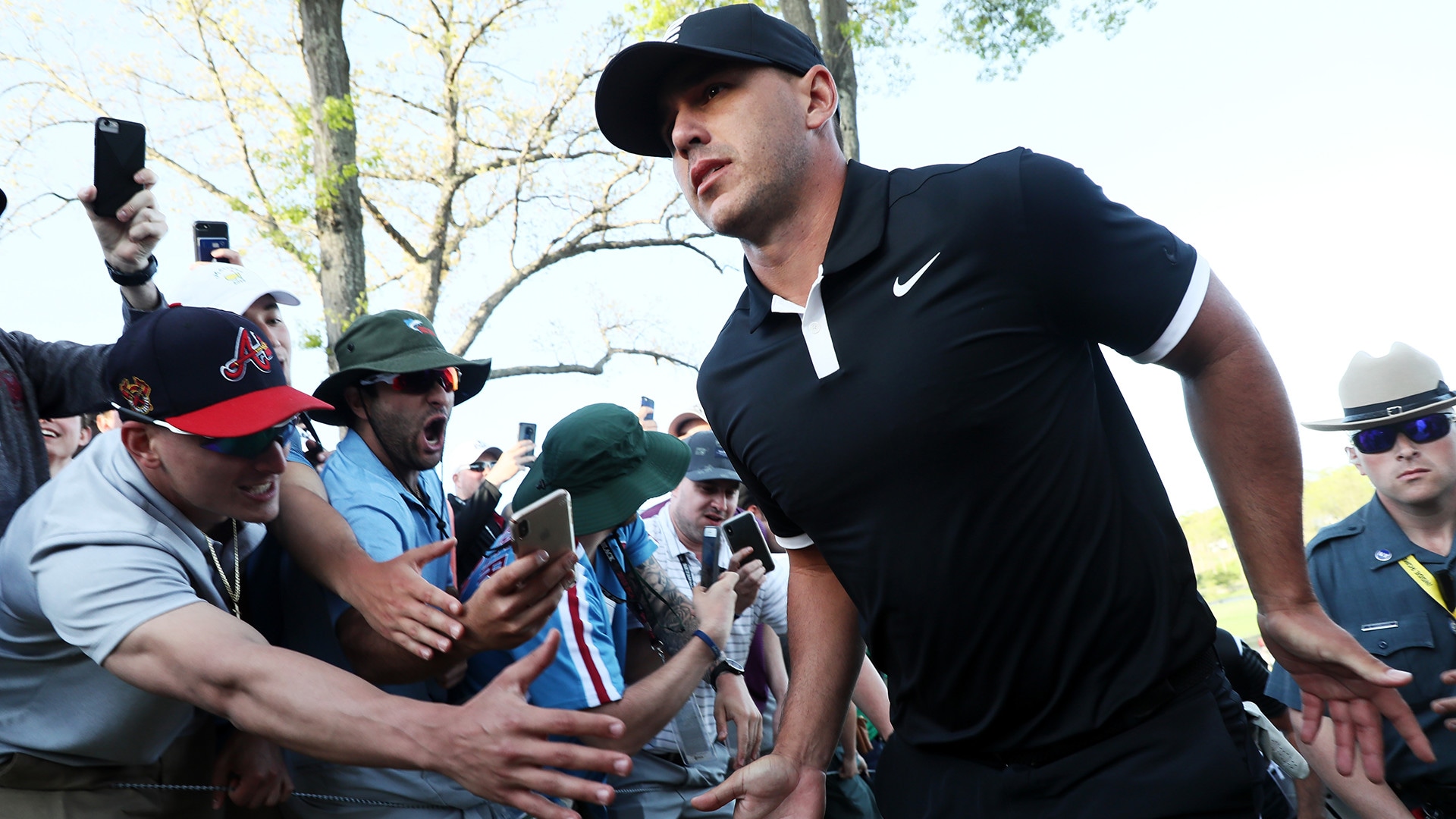 FARMINGDALE, N.Y. – There hasn’t been a conclusion this forgone since Tiger Woods walked to the first tee at Pebble Beach with a 10-stroke advantage and not a care in the world at the 2000 U.S. Open.

On that day the only real competition, with apologies to Ernie Els, Miguel Angel Jimenez and Co., was how deep into the record books Woods would dip before he was done.

On Sunday at Bethpage Black, which will never be confused for Pebble Beach, Brooks Koepka will be showered with a cacophony of cheers from the outspoken masses when he sets out for the final round of the PGA Championship seven strokes clear of the field and facing his own unique version of record-book roulette.

“I was watching it yesterday and kept thinking, man, this is like Pebble Beach in 2000," Billy Horschel said. "He’s just playing a course no one else is playing.”

Thanks to a third-round, even-par 70, which is as close as Koepka has come to a collapse this week, his fourth major victory might not be as forgone as Woods’ eventual 15-stroke coronation in ’00, but it’s close. 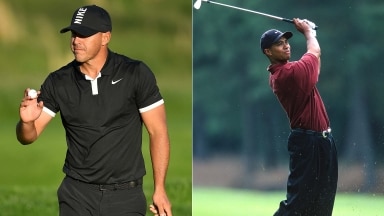 A day after comparing Brooks Koepka's confidence to Babe Ruth and Muhammad Ali, Brandel Chamblee likened the current state of Koepka's game to Tiger Woods in 2000.

Predictably, Koepka wasn’t ready to offer an acceptance speech just yet. Sports infamy is littered with those who are too eager to savor the result and the famous “warning” sign adjacent the first tee on the Black Course might as well include “distracted golfers” to the list of those who shouldn’t take on its rolling fairways.

But even the player who will present the most likely challenge had a hard time coming up with a plausible scenario that doesn’t end with a Koepka victory.

“I'm going to need some help from him, and then I'm going to have to play very, very well,” said Dustin Johnson, who is tied for second place with Harold Varner III, Luke List and Jazz Janewattananond.

It could be worse. Koepka appeared to put the field on notice with two birdies through his first five holes on Day 3 for an eight-stroke lead, but the door inched open however slightly when Koepka made back-to-back bogeys, at Nos. 9 and 10, for the first time since The Players Championship in March. His lead was six strokes.

Koepka’s advantage dropped to just five shots through 12 holes before the defending champion birdied the 13th hole. Bethpage took care of the rest as the field fell away and he opened the largest 54-hole lead in PGA Championship history.

“It doesn't really matter,” Koepka said when asked about his advantage. “I'm just trying to play good golf. If I can get off to a good start tomorrow, these first six holes are very scorable. I feel like if you can get 1 or 2 under after six, you're in a good spot. It's nothing different. I'm just going to go try to play a good, solid round of golf.”

But if Koepka is understandably reluctant to gaze too far down the road it’s difficult to ignore what looms just 18 holes away.

A victory on Sunday will be his fourth major triumph in his last eight Grand Slam starts, an accomplishment that’s been achieved in the modern era by just three players – Ben Hogan, Jack Nicklaus and Woods.

Koepka can also become the first player to ever win back-to-back U.S. Opens and PGA Championships, and a victory would match the Grand Slam totals of Rory McIlroy, Els and Raymond Floyd.

Although Koepka will likely not spend much time mulling the historical significance of what Sunday might mean to his career, it was a testament to his dominance this week that those who will likely be footnotes to his history have.

“The focus obviously is not winning, it's just to go out there and shoot a great score and try to have a good finish in a major and take something out of the week,” said Adam Scott, who will begin the day nine shots off the pace and tied for eighth. “That's where I'm at the moment.” 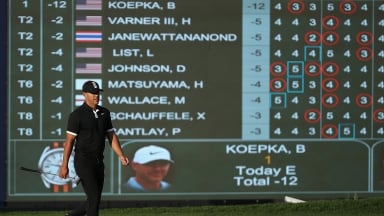 Scott would know what to expect. He was paired with Koepka for the final round of last year’s PGA Championship when the eventual winner closed with a 66. The Australian also has a keen sense of history.

Since 1900, Koepka is the 10th player to lead a major by seven strokes or more after 54 holes. The previous nine all went on to win and no player has ever lost a seven-shot lead through 54 holes in a major or PGA Tour event.

Strange things can happen on a Sunday at a major championship and those who will set out for the final round at Bethpage in Koepka’s wake will conjure some sort of hope, be it false or otherwise. But considering the run he’s been on in majors since breaking through at the 2017 U.S. Open and the golf he’s played this week it’s difficult to imagine a Sunday evening scene where the PGA Championship doesn’t end with Koepka holding the trophy.

“I'm definitely not going to let up; I promise you that. I'm just trying to hit the best possible shot I can at the time,” Koepka said. “I feel like when I'm over the shot, I'm very confident. I enjoy the confidence I have and the way I'm playing right now.”

It’s no surprise that “right now” would be Koepka’s focus. There will be plenty of time to enjoy the historical significance of his accomplishment.